The previous week had seen rainfall in the Lake District thirty miles to the west exceeding all previous records, washing away bridges and making hundreds of people homeless. Similar conditions had prevailed in the region of Nine Standards, so this was one of the muddiest walks I can remember.

It was bitterly cold on the tops. I was wearing a pair of Outdoor Research “Verglas” mitts purchased from Rock and Run the day before which made life bearable. The rain held off and this was a quality walk; it was nostalgic for me as most of the walk followed the route of Wainwright’s Coast to Coast Walk which I did in April 1990. The views from Nine Standards are incredibly extensive.

The highlight was the sight of the mysterious Nine Standards cairns a few hundred yards to the north of the trig point, and I unashamedly enclose herewith Wainwright’s description which I am sure will be more pleasing than my own ramblings. 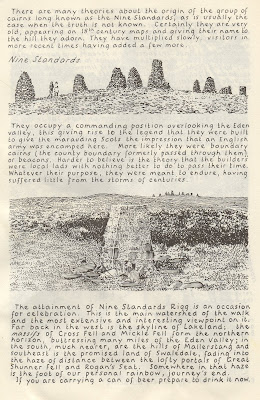 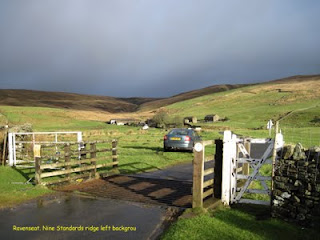 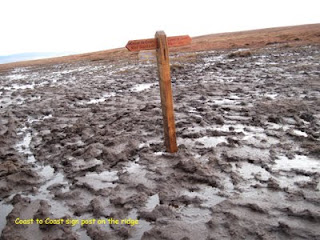 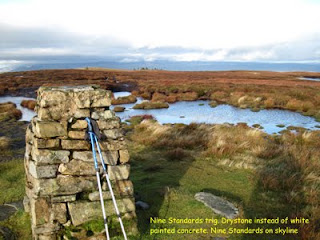 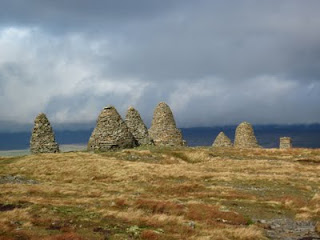 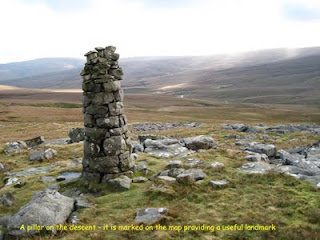 Awful weather has driven me to indoor pursuits although I have managed to walk Jake the dog every day locally.

About nine months ago I started painting pictures in Photoshop Elements 3. I was given a Wacom pen tablet as a present and this revolutionised things. My interest was rekindled by a post on my brother’s blog, and now I am off again.

Regular readers may notice that I have redesigned my blog header using three photos, a mask layer and a text layer. I am currently working on a landscape picture that may or may not appear here later.

Painting is quite different from manipulating photos and it can be very much like the real thing layering colours to obtain tonal and texture effects along with most other techniques involved in painting. The overwhelming thing about this activity is the rapid passage of huge hunks of time.

Here are some of my previous efforts. 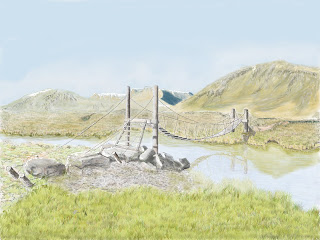 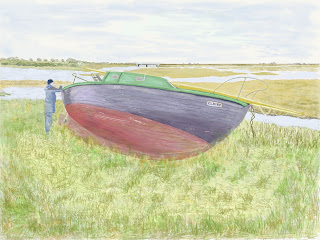 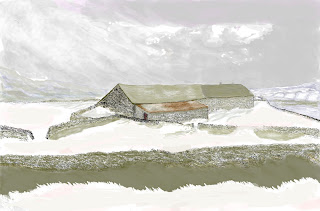 This was a straightforward there and back route starting from Ravenstonedale.

Heavy showers and hailstorms were interspersed with sunny intervals. The ground was very wet and I was wearing lightweight fabric boots recently bought and they were not up to the job. I will have to buy some new leather boots. 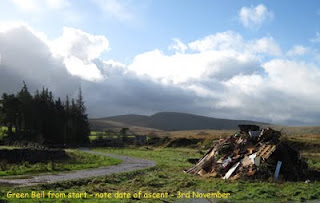 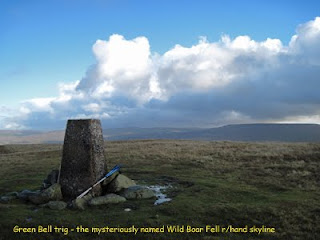 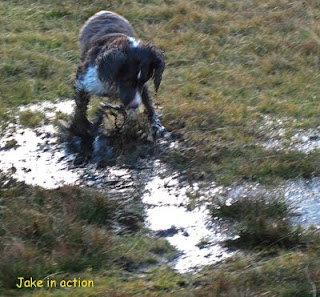 As I write this on Friday 6th November I have sad news which may be relevant to some readers. On Wednesday 4th November I attended Jack Isaac’s funeral in Bradford. Jack was one of the informal group, mainly from the Bradford area, that went off climbing in The Lakes in the sixties basing ourselves on Langdale and later Keswick where The Yorkshire Mountaineering Club had a cottage – most of us were members of the YMC. Jack was a couple of years older than me, He was a woolsorter by trade. He had an irascible nature and was given to frequent argument and strong opinions but was a staunch member of the group and well liked by all. The most abiding memories of Jack were his oversize Primus stove accompanied by a full size chip pan, his home rolled liquorice paper cigarettes, and his phenomenal knowledge of jazz.

Amongst a total of about thirty at the funeral there were present from our old group: myself, John Ellis, Peter Mansridge, Brian and Jean Lancaster, Terry Saunders, Douglas (Freddie) Milnes, Chris and Joan Durkin, and Pete and Linda Hindle. Malcolm (Sol) Lomas had a previous engagement impossible to cancel and sent his apologies and condolences.

The “49 campaign” outlined in my last post started on Thursday 29th October with the ascent of Middleton on the northern edge of The Howgills south of the A 685 and near Tebay.

I intended to include Green Bell trig to the east, but aborted this plan for lack of time, but its part completion added much descent and ascent that would have been avoided with a simple there and back route to Middleton. This was the longest, and most strenuous walk I have done since my leg infection.

Three hundred yards from the start I thought I had left my waterproof in the car. I left my rucksack trackside and trekked back to the car but the waterproof was not there. Of course I found it back at the rucksack. I then missed Jake’s dog lead which I remembered setting off with round my neck. Jake is now thirteen and acquired this lead when Jill got him as a pup; it is a ragged much used item that claims a good dose of sentimental attachment for Jill, so I felt obliged to track it down. I went all the way back to the car again and found it in the boot. Are “senior moments” just a cliché or have I been doing this sort of thing all my life? 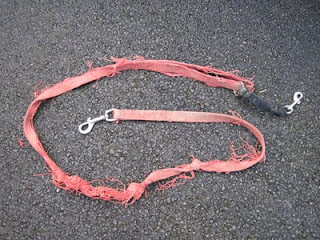 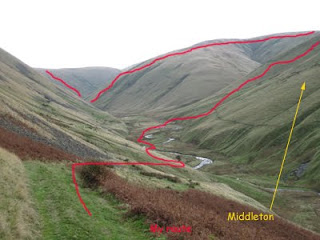 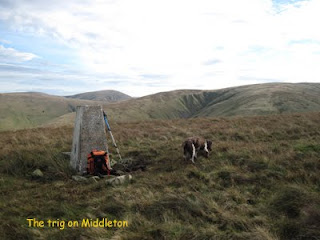