Today I went back and climbed Nethermost Pike from Wythburne car park at Thirlmere, after omitting to climb it with Grisedale Horseshoe (see recent post).

The parking ticket machine was "not in use" saving me £4.50.
I just bought a Canon SX20 on Ebay - this is a bridge camera (in between compact digital and SLR). I took  pictures on Auto setting, then again on  Landscape setting. There was no doubt about  improved results on Landsacape in sharpness and colour. I laso tried the 20 x zoom giving good results even though hand held. This camera would be cumbersome on backpacking trips, but I may be tempted.

Here are some  results - it was hazy and not ideal: 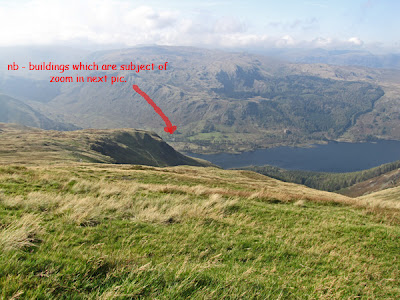 Number of people met on the descent: 20 (not counting a party of 12 refurbishing the footpath).
For readers unfamiliar with UK geography:
Helvellyn is one of the trio of Lake District peaks over 3000ft, and therefore one of the most popular ascents, and  Striding Edge leads to its summit involving some mild scrambling and airy situations - the scene of many accidents.
Posted by Sir Hugh at Friday, September 30, 2011 No comments:

For some time I have intended to buy The Elements of Style - William Strunk and E.B. White.

Amazon were aware of this ambition and today they informed me  a second hand copy was reduced from £7 something to £4 something, so I girded up my loins and placed the order.
Amazon then obligingly informed me that “Customers who bought this book also bought...”, and then the enigma unfolds.
Reading down the list there is a Robert Harris novel, and then Prague Fatale by Philip Kerr, which are reasonably likely in combo with the Strunk, but then we have Jamie’s Great Britain by Jamie Oliver.
I can only assume that the person who bought Elements of Style and the Jamie book bought the latter to send as a present to someone they didn’t like. 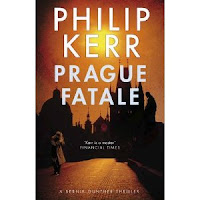 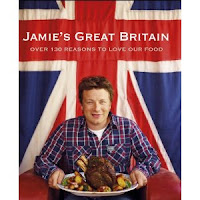 The Grisedale Horseshoe - a story of underestimation 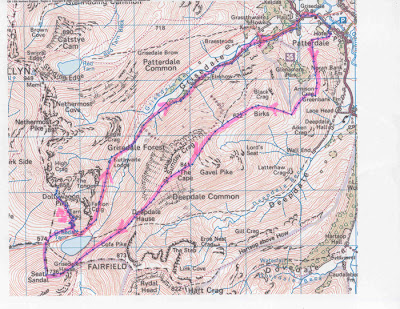 Why I thought this would be a steady walk I do not know.
The start: Patterdale Hotel (parking £4.50) -  I spent my honeymoon there in 1970, and  last year’s Lowestoft, to supposedly, St Bee's Head walk ended there when I hobbled from Nan Bield Pass after cutting a vein in my leg. Today, therefore, the scene was set with mixed emotions.
The Wainwrights of Arnison Crag, Birk, and St Sunday Crag, were followed by descent to Grisedale Tarn from which rises alone the delightfully situated Seat Sandal. Descending from Seat Sandal I was tired, and both knees were moderately painful. The constructed stone stairway up Dollywagon Pike was sapping in warm sunshine. I abandoned the visit to Nethermost Pike and retraced steps, literally, down Dollywagon.
Nearing the tarn I suddenly experienced excruciating cramp up the inside of my left thigh.  I stopped in agony much to the concern of some passers-by, who I reckon were terrified at the prospect of rendering assistance, without, I suspect having requisite knowledge. One of them helpfully suggested  I was lacking salt, but was unhelpfully unable to provide that commodity, so I bravely assured them I would be alright, although I was not convinced of this in my own mind, and they hurriedly continued on their way, I guess with much relief.
I managed to restart, but cramp recurred several times, and now in both legs. I found that continuing to walk suppressed the pain, but it was like curing a wart with a blow lamp. It seemed a long long way down the rocky Grisedale path, but I arrived, for the second time in recent history at Patterdale Hotel as the wounded hero.
I Googled “cramp” to find it is  a mystery to the medical profession, as are most things I seem to consult them about, but it may be due to “over exercise of muscles”, “dehydration” (I rarely drink much on the hills), and then a list of more disquieting causes including “pregnancy” and “cirrhosis of the liver”, the former I was able to rule out, but the latter was more worrying.
A route plot on Memory Map revealed a distance of 11 miles, and 4156ft of ascent - that would put many Munro days to shame!

At last the Lulu self publish book of my Welsh boundary walk this summer  has been uploaded to Lulu.

I wrote the journal and integrated the pictures in a Word document using Lulu's template,  and my daughter Jill* has been helping me to upload the file to Lulu for publishing.

We encountered several problems converting the Word doc to a pdf in a form acceptable to Lulu, and one of these related to text embedding. I must thank Alan Rayner alanrayneroutdoors.blogspot.com for some useful advice which eventually solved that problem.


Conrad Walks Wales will be the sixth of these books that I have commissioned and I reckon it will be the best (I am still awaiting my copy). This time I have made photos bigger and most have been enhanced and cropped to some extent using Photoshop. This book runs to 237 pages; for anybody interested it can be bought as a hardback at a net cost of £36.29 or as a pdf download for £5.00 by visiting www.lulu.com/  and entering Conrad Walks in the search box.

* Jill - Some of my readers will know my daughter Jill, and I feel that now is the time to announce the fact that she is expecting, and I will hopefully become a granddad for the first time in October. Further relevant reports will no doubt follow. 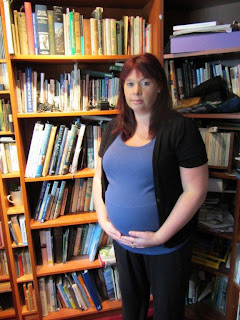 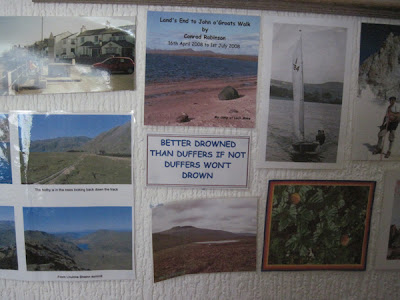 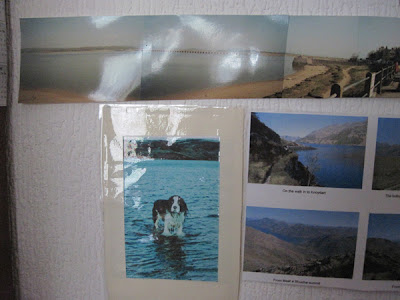 Two more Wainwrights climbed: Harter Fell and Green Crag. For my overseas readers these hills ("fells" in the nomenclature of the Lake district) are situated in our Lake District National Park and are about an hour and a half's drive from where I live.

The "Wainwrights" is a list of 214 peaks in that park described by one Alfred Wainwright in the 1960s. Wainwright was an eccentric fellwalker who published a series of hand written guides incorporating his own unique system of quasi three dimensional drawings depicting routes of ascent for the hills, and these became classics. Ardent walkers now strive to complete their own ascents of these peaks.


The knee is till giving me problems although not as bad as it was on the Newlands Walk (see my previous post). This walk was only about six miles, but there was some rugged pathless terrain.

There is little else to report so let these pics speak for themsleves - it was a hazy day and not ideal for photography. 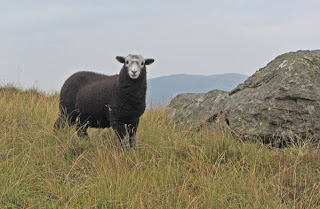 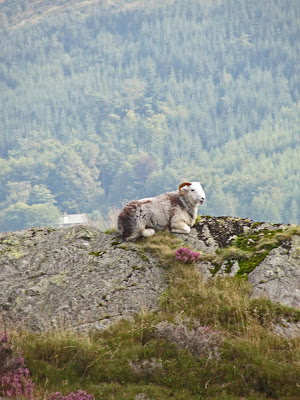