In reply to comments the correct name is Katherine, chosen because Jill likes it, and it is versatile. Katie is appropriate for her as a baby/infant, and Kate may be used as she is older. Katherine is in reserve for when she becomes CEO of a major company, or a celebrated concert pianist, when Katherine Robinson will sound impressive, but William (her uncle) is convinced that she will be a fighter pilot.
Posted by Sir Hugh at Thursday, October 27, 2011 6 comments:

Correct spelling for my granddaughter is Katie, not Katy - I have used the latter spelling in emails that were sent to friends who may also read this blog.
Posted by Sir Hugh at Tuesday, October 25, 2011 2 comments:

William and I were  awoken by Jill at 3:00 am on Tuesday morning.
Jill's friend Alison came from Manchester, and after taking advice from the hospital we all  arrived there at  6:00 am in my car. Labour was prolonged and not without some anxious drama. We spent a sleepless night and Katy was born at 5:15 am. All is well and Jill with baby are expected home tomorrow or Thursday. 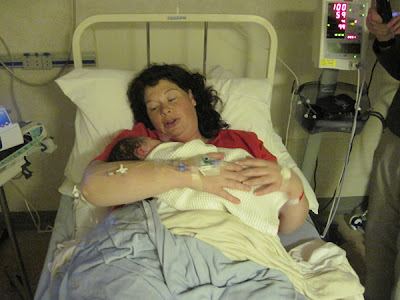 Here is the latest update. 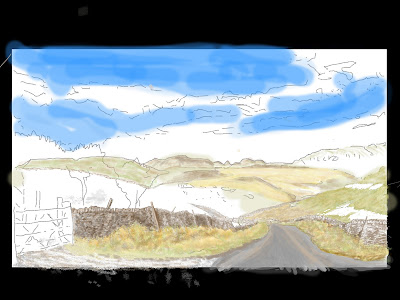 A new Photoshop painting is underway. The subject is Attermire Scar, a craggy limestone hill in the Yorkshire Dales.
I start with the original photo in Photoshop, then put a white layer on top of it, and then make the white layer semi-transparent so that I can see the photo through that layer. I then draw the outline of the main features using a thin grey line with the Brush Tool. Next I bring the layer back to solid white showing the outline drawing. From then on I only use the photo for reference. 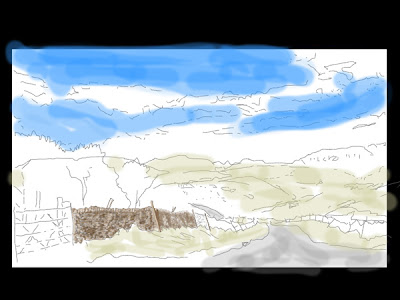 This post was conceived after I started my painting, otherwise I would like to have shown the sketch before I started applying colour and detail, but a lot of the sketch can still be seen - those lines are generally eliminated as I progress with the painting.
If the motivation continues I will post progressive versions.
*************************************************
It is 3:30 pm on Saturday, and so far there is nothing to report on Jill's imminent delivery - due date was 16th October, so we are on amber/red alert. Son William has moved in and is sleeping the caravan.
Posted by Sir Hugh at Saturday, October 22, 2011 No comments:

For those who read John Proud's comment on my last post here is the picture of his "worst loo":

I am biding my time awaiting the moment when I convey daughter Jill to hospital for her expectancy. The due date is 16th October, but I reckon it could be any time now.

Mick and Gayle ( http://gayleybird.blogspot.com/), the couple I met during my  LEJOG walk, are daily posting photos of their furthest east to furthest west trip last year (Lowestoft to Ardnamurchan). On Monday, 3rd October they posted a pic of a "superloo" discovered near Edinburgh.


I can't resist boasting about my best loo encounter.  I was introduced to this Aladdin's Cave by my brother Nick on a sailing trip in Sept 2008 starting from Inverkip, rounding the Kyles of Bute, and then to Tarbert (Knapdale) where the loo was proudly presented to me.

Have any other of my readers been there? 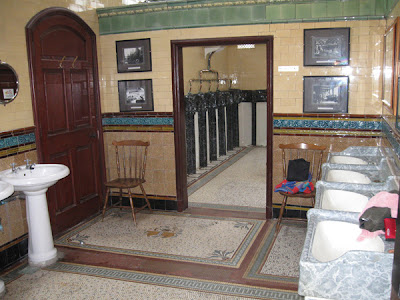 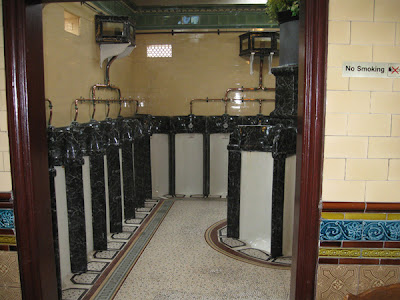 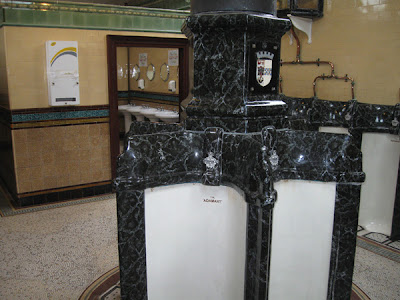 Are there any other contenders for best loo accolade?
If you want to see my worst loo encounter go to: worstloo
Posted by Sir Hugh at Tuesday, October 04, 2011 6 comments:

Last Tuesday I saw Mr. Patel at Kendal Hospital after ongoing knee pain.  A second arthroscopy was proposed. I now await an appointment. Mr Patel’s advice was unbelievably heartening. After explanation of my x-rays expressed with the clarity of a mountain stream I was encouraged to keep walking, and prophet of doom remarks against backpacking were refreshingly absent.
I was told I may later have a replacement knee, but Mr. P continued positively: he said he was “one of the new breed” believing in people exercising and benefiting from the new technology to the full. Apparently design and methods have continually improved, and he placed no restriction on further walking with a new knee joint.
Because of the knee I have recently tried to be modest with walks, but this doesn't seem to work  - whatever I plan becomes more arduous than intended, but with Mr P’s positive attitude I sensed liberation, indicating that maybe part of the problem was psychological?
Yesterday, on account of a brilliant Saturday forecast I shunned the overcrowded Lake District and headed for the Bowland Hills. Walking commenced at 11:00am (SD 544 617), and finished at 6:00pm after the round of Grit Fell and Ward’s Stone returning via Salter Fell.
Mr Patel had banished my negative thoughts - this was a round of 17.3 miles with 2801 ft of ascent. Although the knee niggles it is not enough to spoil the pleasure of a grand walk in remote surroundings. The peat was dry, and a pleasure to walk on and my feet were not wet even though I was only wearing approach shoes.
I felt fit and strong arriving at the finish by no means exhausted.