Compliments of the season to my readers

Weather and other happenings have conspired against walking recently but modelling progresses steadily. Here are some illustrations for the Army Land Rover I am making.. 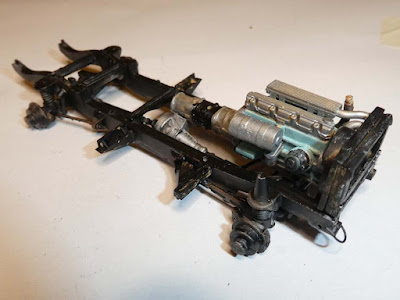 A while ago I made a model of the RAF Chipmunk trainer. I say I "made" but it was such an abysmal mess it has been put back in the box it came in. However, I have put that behind me and continuing with the theme of RAF trainers I have since made a Jet Provost, see photos below. It is a brave modeller who shows such photos which much enlarge reality showing all the imperfections. To illustrate how dramatic that can be see the the second photo and particularly if you click to enlarge you will see an overrun of black paint on the nose which in real life is almost imperceptible. I will be doing a little touch-up

I had discovered that Aldi were selling some of the Airfix 1/72 kits at £4.99 (Amazon current price £14.95) and that is how the Provost was sourced These kits even include the paints! I have said that I need to have a personal feeling and affinity with any models I make, and the same for subjects for the Photoshop paintings I have done. But, lured by such a bargain I also bought the Messerschmitt 109 and that is now nearing completion. 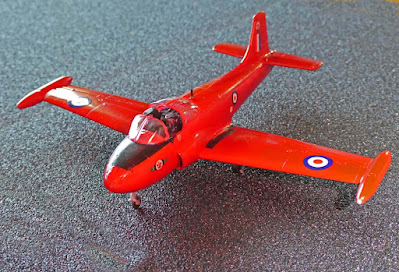 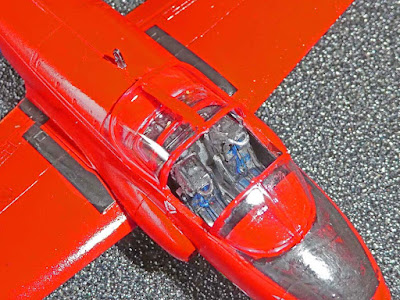