Well here it is. The completed spreadsheet with all 76 ticked off:

As promised I rendezvoused with BC at the car park in Embsay so we could both indulge in some nostalgia visiting this final trig on OS Sheet 103, "Blackburn and Burnley." Crookrise Crag is a superb example of Yorkshire gritstone for climbing - I had only been there once before back in the 60s but BC had climbed there much more frequently.

We had a fabulous blue sky day so welcome  after recent storms and foul weather. A footpath lead straight from the free car park in Embsay up to the church and then onto tracks to ascend Embsay Crag, our first objective. That crag dominates the village of Embsay and it was a stiff climb up to the summit. From there we had to descend and loose all our height  before embarking on the more direct approach to Crookrise, but we had purposely devised our route to give us a decent five snd a half mile walk, and including Embsay crag was certainly worth the effort. That is a proper little mountain and our descent followed a lively, enchanting stream and ravine, the stream coming down with a fair force and sparkling in the bright sunshine - all good stuff.

As we progressed up the track to Crookrise we had views across to Deer Gallows Crag (SD 999 555) which is only depicted vaguely on the OS 1:25 but when seen it is a dramatic feature, the crag being split into two halves with substantial climbing options on all sides. BC reminisced with previously unheard anecdotes about his many visits to this area, and in particular a massive day when they climbed on all the other surrounding outcrops including Crookrise and Deer Gallows.  I was pleased that BC had come along to re-live all that.

From the trig we tried to descend so we could walk back along the bottom of the climbing crags but we failed to find any path or reasonable way down and spent some time up and down on steeply wooded slopes strewn with boulders and heather. Eventually we went back onto the top and then further on, along our return route we found a stile and path that lead down to one of the major climbing buttresses. I think BC was regretting not having brought his climbing gear as we had a good look at this immaculate rock and then climbed back out then descend returning to Embsay around the western side of Embsay Reservoir.

This had been a splendid day out and a worthy finale to this trig point campaign. Having said that I am looking forward to driving north rather than south for more day walks on the edges of the Yorkshire Dales. 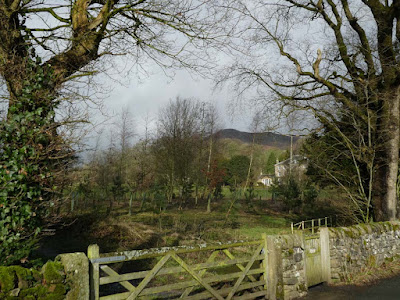 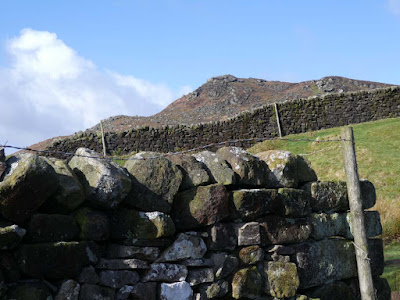 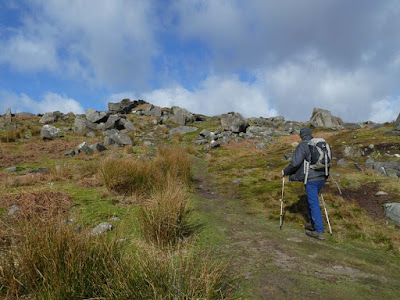 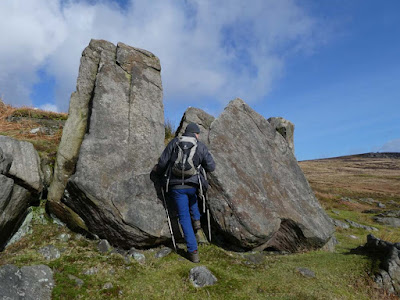 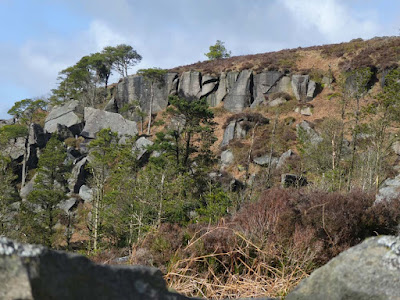 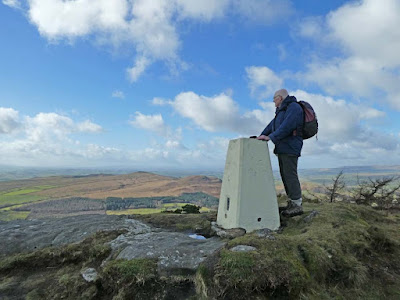 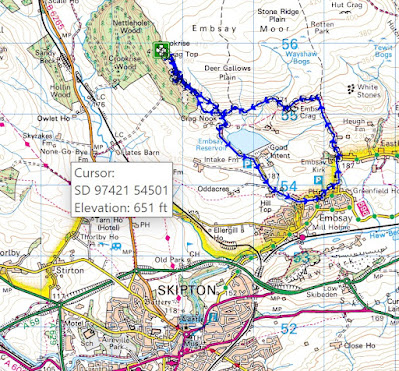 *Reply now received from my friend and member of my book reading group - he is a retired minister.
The school would have almost certainly been a Church of England School (unless it was Jewish).

There are two types of C of E (often abbreviated by LEAs to CE) school: Voluntary Aided (VA), and Voluntary Controlled (VC).

VA schools are those where the bare majority (often 7 out of 12) governors are appointed by the C of E (parish and diocese working together), whereas VC schools are those where the C of E has about a quarter of the governors. As the governors appoint staff and decide the style of daily worship, they directly affect the character of the school. It is an oddity that the term "Controlled" turns out to be deceptive as the church does not control a VC school, whereas it does a VA school. For the privilege of being a VA school, the church has to pay directly for 10% of maintenance costs (building and repairs) of the building.

All this was set out in the 1944 Education Act, but with many amendments (including many subsequent Education Acts) since then.

Obviously my answer cannot be very accurate since I have been out of it all for nearly eight years, but what I have stated above is still applicable. 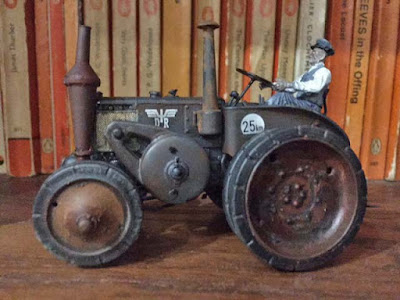 Lanz Bulldog. A German industrial tractor, circa 1936. Construction and painting has been challenging.
The kit comes with a long cargo trailer containing large cable reels; that is currently work-in-progress so more to follow. I have tried hard with the weathering of the paint and the rust coming through, and the two very rusty chimneys.
I wonder what Alan Rayner will make of this one?

How to discipline your offspring?

So, Putin has been told to go and sit on the Naughty Step. Hmm!

The last but one of this campaign to visit all 76 trig points on Ordnance Survey 1:25000 Sheet 103: Blackburn and Burnley, and a worthwhile contender for best of the bunch. Having said that I am looking forward to the promised nostalgia visit to the final trig at Crookrise Crag with BC.

When I arrived at the bottom of the Trough of Bowland at 9:00am there was a special kind of golden light with the sun catching some of the higher hills.

Once out onto the proper hillside I started getting views back down into the valley and the bowl of the Trough. I found myself stopping frequently, not for rests but from a kind of enhanced compulsion to take in that particular atmosphere and light. I had a sense of being part of,  and inside a massive bowl of surrounding hills often overlapping each other, and here and there more distant views through the cols and passes. I have had a lifetime of walking in the hills but this experience was somehow different and more intense, no jokes please about hallucinants. Much has been said recently about walking as a benefit for mental health and I have no doubt that is the case. My whole being was rejuvenated on this walk and I was so thankful to still be capable of getting out onto proper hill country.

After stiff climbing I arrived at the peat hag surrounded trig. A modest plaque was attached which read:

died on these hills

Bill Smith was a formidable fell runner and author on the subject holding many records including number of peaks visited within 24 hours in the Lake District. Bill lived alone. It seems he had been running in these hills and was not missed until he failed to turn up as a marshal a few weeks later at an FRA event. His body was found submerged in a peat bog somewhere not far from my trig. There is a detailed entry in Wikipedia covering details of Bill as a person and his achievements and it is certainly  worth a read Bill was obviously very highly regarded as a person as well as for his achievements by the fell running fraternity and sadly missed.

I only unearthed all this on my return home, but it is sobering to think how easy it can be to succumb in those wild surroundings even for the experienced.

I had decided to head north west from the trig to descend into the Hareden Beck valley and follow the Land Rover track on the other side of the beck back to my start. A fairly easy but pathless moorland descent brought me down to Hareden Beck. It was in full spate. There was nowhere I could find to cross. I followed downstream traversing awkwardly the steep banking up and down above the stream. Eventually, after I had covered about two thirds of the distance of the inviting Land Rover track high on the opposite side I came across a large tree that had fallen across the beck. I am glad that nobody took a video of my antics on the crossing. I was glad to get back on the coveted track and erected my portable chair and sat in comfort with my sandwich and coffee somewhat later than planned.

Oh! It was so good to get back out into those hills again. 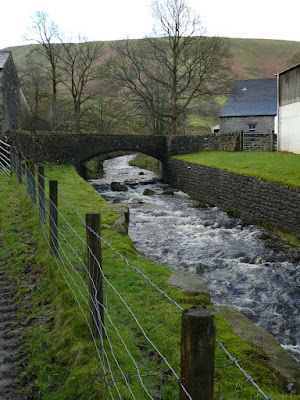 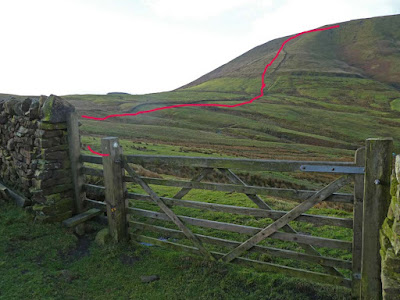 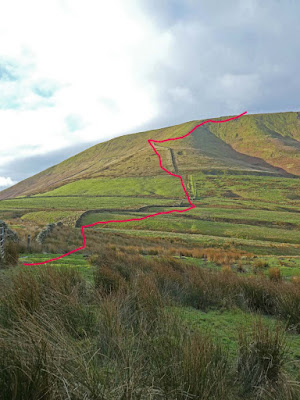 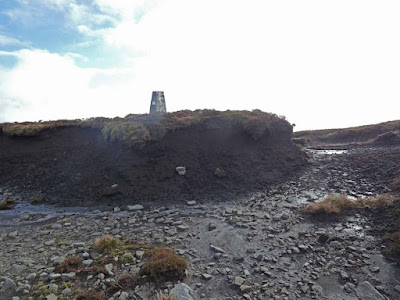 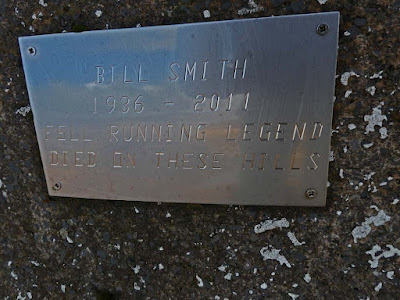 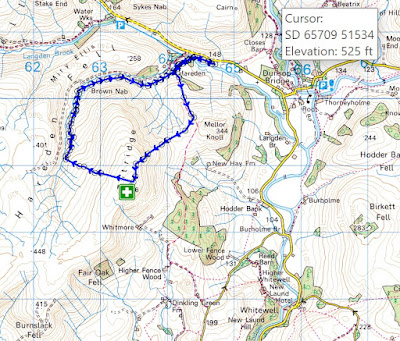 Ducati finished with aid of a paint stirrer.

The Ducati 916 motor cycle is finished. This has been the second most intricate model I have made, the other being the Severn Class lifeboat.

Below are photos from each side and looking down onto the top, and then the finished model. I elected not to attach the two main side panels. After all the labour and the pleasing results of the innards of the bike I couldn't bear to cover that all up. 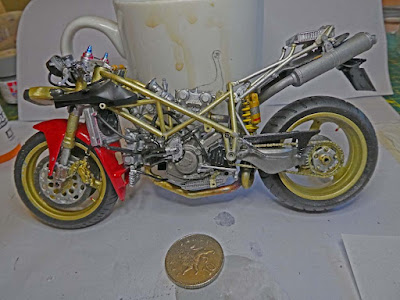 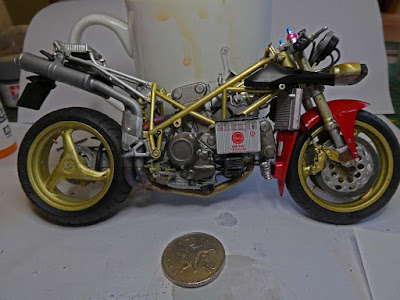 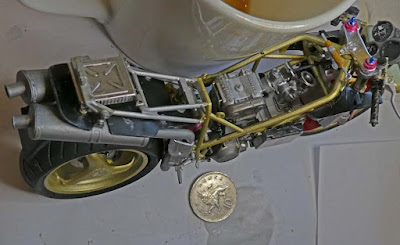 A couple of weeks ago during this build which has been ongoing since Christmas I purchased a paint stirrer. The little pots of paint I mainly use get the rims of the jars messed up with paint by shaking to mix and then from wiping off brushes on the edges. The battery powered stirrer proved to be the best thing I have bought that I didn't know I needed for quite some time. That sent me wondering about other items which have given me much satisfaction over the years, often of modest nature compared with the little burst of pleasure every time they are used. Here are a few, there are of course others. I acknowledge a debt to brother RR who comments here and whose first attempt at blogging carried the title of Works Well which summarised items in a similar way. 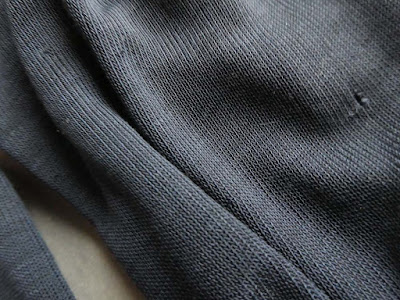