Endmoor and a bit of paparazzi


Pete has the Met Office weather app on his iPhone and I had the BBC one on mine. Today Pete's predicted rain at 13:00 hrs. and mine predicted sunshine at the same time. Yesterday Pete had spent the day gardening - planting bulbs. Gardening has no attractions for me, and planting bulbs which will give no results for several months is against my nature which demands a bit of action immediately following my efforts. A notable example of gardening patience arises at Inverewe Garden in Scotland situated on an exposed coast. The founder wanted shelter first. He went to an island on Loch Maree and obtained pine tree saplings and planted them to form a windbreak, then waited twenty years for them to provide enough shelter before he seriously embarked on constructing his garden. That would not be for me, but the results are magnificent.

Pete's gardening had left him more than usually tired and we opted only to walk about two snd a half miles. We had not placed bets on which weather forecaster would prove correct. Pete's Met Office app came up with the goods as we felt the first spots of rain on the stroke of 13:00 hrs just before we got back to the car.

I have now deleted BBC and installed Met Office.

Our routine takes us to Café Ambio for tea snd cake. Ambio is attached to the purpose built livestock auction mart near Jct. 36 on the M6 and is frequented by farmers on auction days and we are fascinated and entertained by observing these characters with their flat caps, old tweed suits snd waistcoats and long shepherds' crooks. We suspect that meeting at Ambio is as much a social occasion for the farmers as is the selling and buying of their livestock. Today, with s bit more time on our hands, I took some clandestine photos without using the flash. I am not sure about the ethics of this kind of photography and I did feel s bit guilty about it, but you can see the results bellow.

Today's photos are a bit dark although I have played with some of them in Photoshop, and especially the Ambio ones will benefit from "click to enlarge." 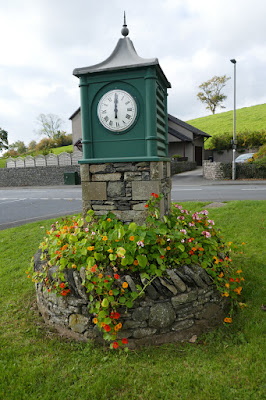 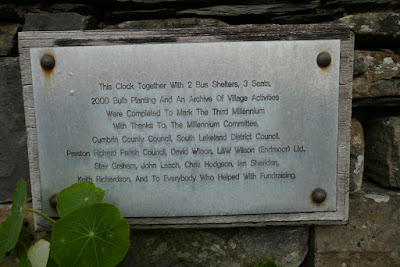 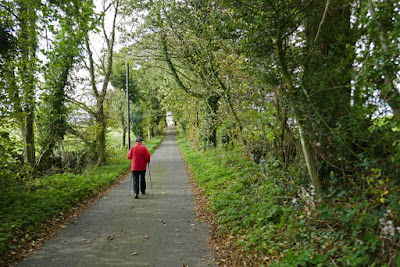 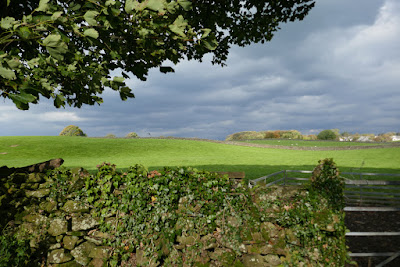 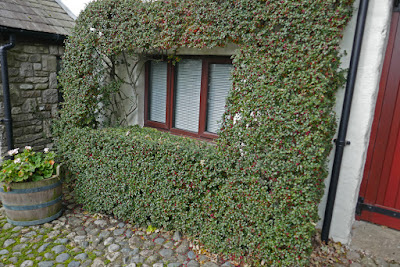 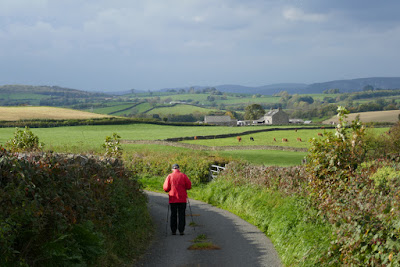 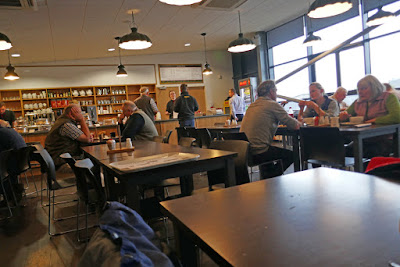 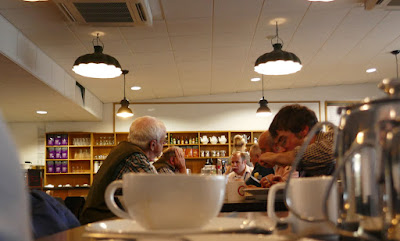 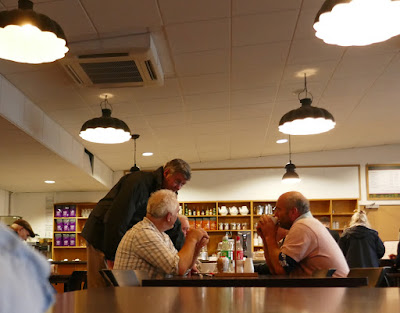 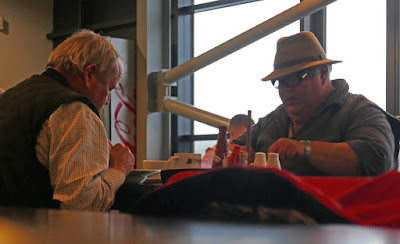 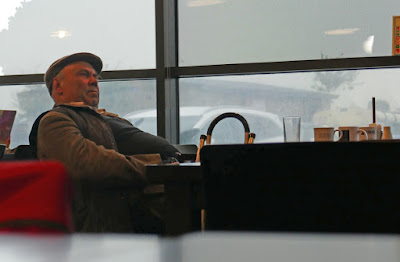 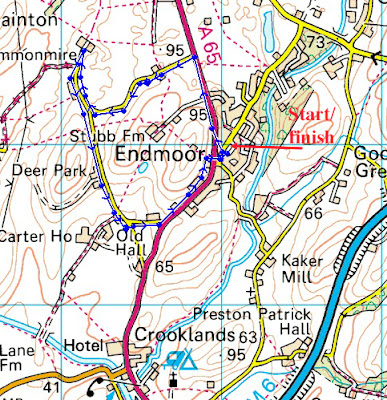