The sense of drama of the Witches of Pendle story seemed to increase as we neared the Ashton Memorial, the venue for the hangings, and then the finish of our walk at Lancaster Castle where the witches were taken prior to hanging. Lancaster Castle is still a prison today. You can look at this true history on Wikipedia and there are several publications, fiction and non-fiction. A line from Wiki reads,

"...Many of the allegations resulted from accusations that members of the Johnson Demdike and Gove Chattox families made against each other, perhaps because they were in competition..." - sounds familiar?

The fact that this walk attempts to follow the route taken by the witches after their arrests trekking from Pendle to Lancaster ensures the use of ancient paths and bridleways, and this provides continual interest and good walking underfoot throughout compared with some modern LDPS that are more contrived and artificial. We have thoroughly enjoyed the whole of this  project and splitting it into day walks has given us time to examine many points of interest. 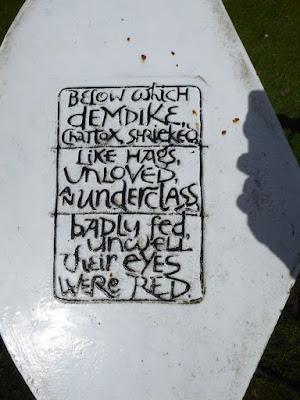 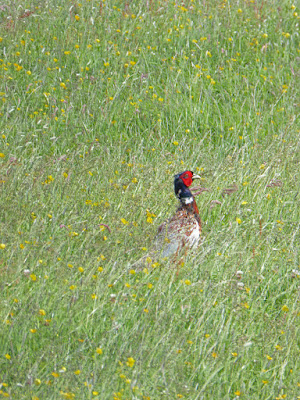 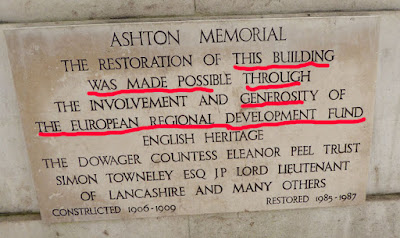 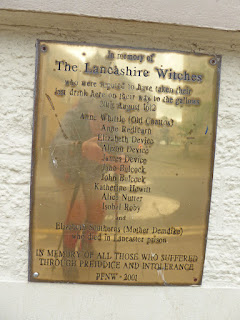 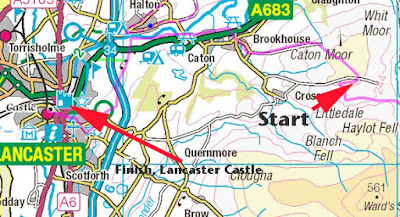 One voice for ten dragged this way once
by superstition, ignorance.
Thou shalt not suffer a witch to live.

Witch: female, cunning, manless, old,
daughter of such, of evil faith;
in the murk of Pendle Hill, a crone.

From poverty, no poetry
but weird spells, half-prayer, half-threat;
sharp pins in the little dolls of death.

At daylight’s gate, the things we fear
darken and form. That tree, that rock,
a slattern’s shape with the devil’s dog.

Something upholds us in its palm-
landscape, history, place and time-
and, above, the same old witness moon

below which Demdike, Chattox, shrieked,
like hags, unloved, an underclass,
badly fed, unwell. Their eyes were red.

But that was then- when difference
made ghouls of neighbours; child beggars,
feral, filthy, threatened in their cowls.

Another little gripe: I am not a keen follower of football, but I did, sadly watch the last (probably forever) England game.

I notice they talk about a player "winning a penalty". Well, that is ambiguous, but my interpretation, and the tone of the commentators implies that the player has managed to con the referee into thinking he was fouled, therefore meriting the penalty. If that is seen to be laudable there is not much hope for the morals of our youngsters who see these guys as role models.

Also, one player grabbed the shirt of an opponent and held onto it for ages  blatantly restricting the guy from getting the ball. The commentator said " You can get away with that when the ref. doesn't see you", his tone unmistakably implying that this was clever and praiseworthy action on the part of the perpetrator. It is all that kind of thing that puts me off watching what in concept is a fine spectator sport.