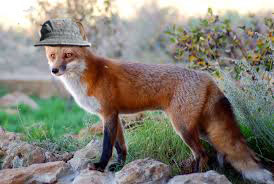 Over the last few months my posts have been frequent, but I see my last was on 27th January. I am now getting withdrawal symptoms.

Poor weather has coincided with the days when I had the opportunity to roam, but also, my central heating boiler takes some blame. I had it installed when I bought the house seventeen years ago, and on-and-off it has never been satisfactory. I have spent time researching the pros and cons of a replacement, and dithering about the cost.

One of my mandatory pleasures is to have a soak in a hot bath when I return from the exertions of day’s walking. This wretched boiler only heats water to arguably the required temperature, but only when the flow from the tap is reduced by half. Consequently it takes so long to fill the bath, water has cooled before the bath is filled. I have servicing and repairs covered and over the years had many visits from various heating engineers sent by the insurance company and the boiler is now like the hammer with a new head and a new handle, but still with its incurable, inherent failing. It reminds me of the vascular consultant who looked at my legs and told me the non-return valves in my veins were not living up to their purpose and in his written report to my GP used what is apparently the accepted medical description for this affliction: the valves being “incompetent.”

A new boiler was delivered over a week ago. I have a local plumber who has agreed to install, and it should have been done by now, but I have been waiting unable to cherry pick the good days for a walk.
Phil is an excellent plumber, and a good guy (he did not install the previous boiler) but he has had his own problems with a bad foot (plumbing is a ruinous occupation for the human body, bending, squatting, crawling and stretching in confined and often unpleasant places.) On top of that both his parents are seriously ill and he is having to tend to his father whilst mother is in hospital. Phil did come on Tuesday and fitted a new large radiator in the bathroom and put some wonder chemical into the heating system to dislodge and amalgamate all the gunge prior to draining and flushing. and he hopes to be back on Monday.

So I hope the old fox will be out again soon. It is only seven weeks now to the 10th April when I will be off on a self plotted backpacking trip in England lasting about a month (if all goes well.)
Posted by Sir Hugh at Thursday, February 16, 2017