Berwick upon Tweed to Brock Mill Farm - NU 060 436 - Monday 10th April
It was perishing cod on Arnside station at 5:00 am. The train to Lancaster was empty in contrast with the Newcastle/Berwick train later. I changed at Carlisle for Newcastle. All trains were on time and. I arrived at Berwick for 10:19. At the last minute at home I had decided to bring a supplemental battery booster for the iPhone but couldn't find the charging lead. That was sorted by a young computer gaming wizard in a shop specialising in all that stuff - X boxes and the like are a mystery to me.
The next priority was a bacon butty and tea, and I was on my way out of Berwick at 11:00am in bright sunshine but freezing cold. Once on the proper  coastal path alongside the sea about an hour later I was able to remove my waterproof shell and walk in a base layer and shirt for the rest of the day. I was able to walk the four mile gap I had missed walking the Northumberlsnd Coast Parh last year due to a mix up with pub bookings.
It was all easy walking and oh so good to be back on the trail again. I had a pleasant little break for tea and shortbread at the very civilised  Gossick Golf Club.. I've arrived here at  at Brock Mill Farm to find a message to enter and make myself at home, and a phone number to ring to arrange transport to the pub for a meal later. I have a palacial room, and have showered. A further report will follow if there are points of interest from the meal. 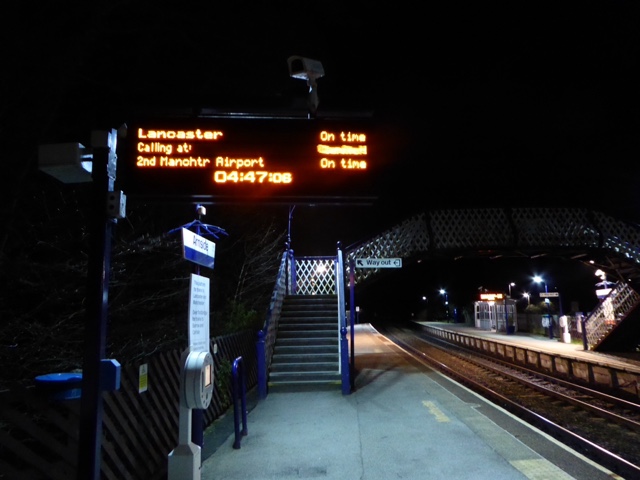 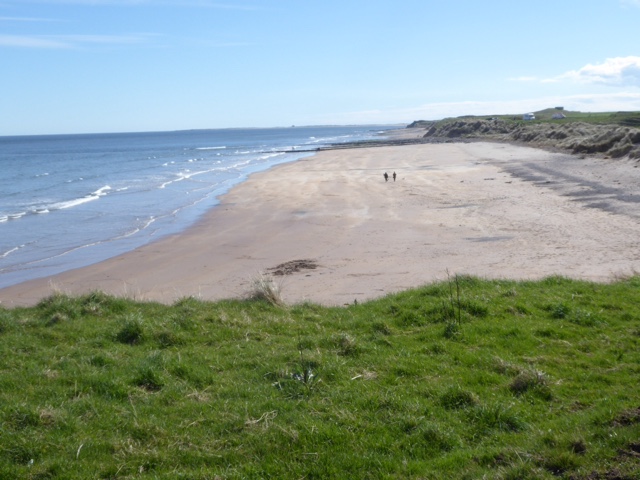 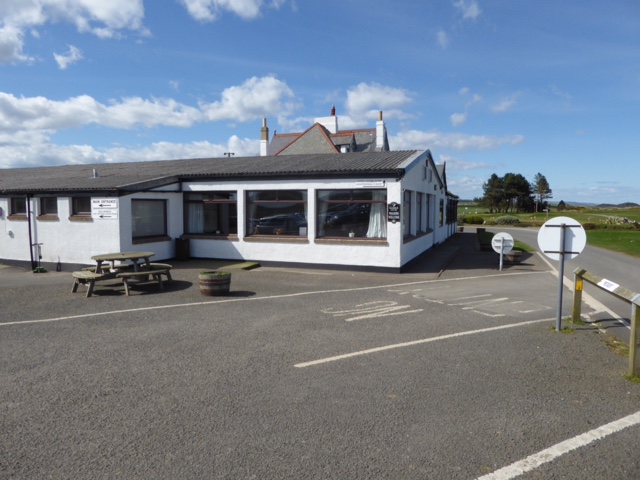 Good to see you out on the trail too. Northumberland looks wonderful.

That's a superbly beautiful and peaceful part of the country.....keep quiet about it though or everyone will go!

Ruth and JJ - yes, I walked the Northumberland Coast Path las year and enthused all the way. It was satisfying to fill in the four mile mile stretch I missed last year.

A truly animated photo (of the arrival display at Arnside Station). One of the problems with the countryside is that it can be photographically inert.