We walked most of this route on 22nd June last year. For such an insignificant venue it promoted a disproportionate amount of discussion:  nineteen interesting and varied comments. I don't often refer readers back to previous posts but reckon this one is worth another glance:

At my age I am ambitious to mop as many new sights and unvisited curiosities as possible. Although previous outings have been rewarding I feel I am wasting valuable time by revisiting. I remember being criticised somewhere for this stance and wonder if I am in some minority, or if I am suffering from some kind of blind spot?

There were discoveries last time that I will not repeat. Pete is laid-back about covering old ground again saying it is more about getting together, having some exercise and a natter, and a pot of tea at Café Ambio afterwards. I wholeheartedly agree, but when I walk alone, which I strongly favour, that is not the case.  By saying that I don't mean that I am demeaning walking with friends - it is just a different kind of enjoyment. Pete also points out that if you walk a route in reverse you benefit from the new views, often quite surprisingly.

Some old tractors were largely hidden on a track amongst ramshackle wooden sheds. I photographed three having no  recollection from the last visit, and then found I had photographed one of them last time.

A massive tree had fallen across the road recently requiring what I suspect must have been monumental effort to clear. The newly exposed cross cutting of the trunk had a warm glowing colour unusual in nature and the tree rings were exposed in fine detail. It was sad to see that such a giant had fallen, but for some perhaps atavistic reason I found the sight fascinating and interesting.

After Paradise Lane we crossed to use the footpath alongside this busy road. On one's own territory significant sights are taken for granted. I have driven and walked past Billerudkorsnas paper mill hundreds of times over the years. They claim to be a world leading manufacturer of specialised papers for medical, foodstuffs and many other applications. There has been a paper mill there from 1788 at one time converted to a flour mill then back again to paper. The old corn mill is worth a visit (for free), but the modern paper production plant has now been taken over by Swedish owners. We walked alongside what I presume is a water filtration process with channels of gushing water, today a sort of pale turquoise colour. The works are situated on the River Bela snd I guess that is their water source.

We continued along Hangbridge Lane to emerge on the B6384 at Hang Bridge, a fine 1890s double arch spanning our second meeting of the River Bela, now in a more countrified setting. I note Ordnance Survey use one word for the lane and two for the bridge. A short stretch on this busier road took us back to the car. 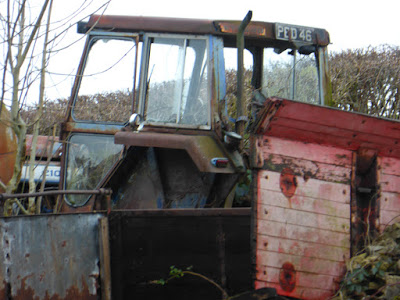 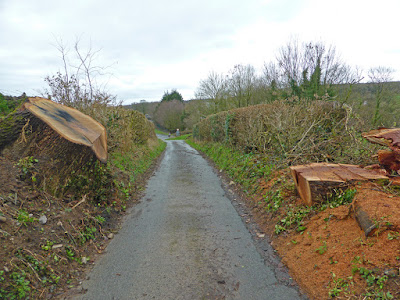 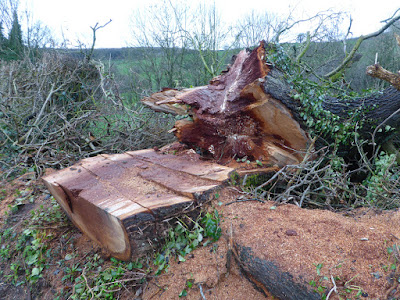 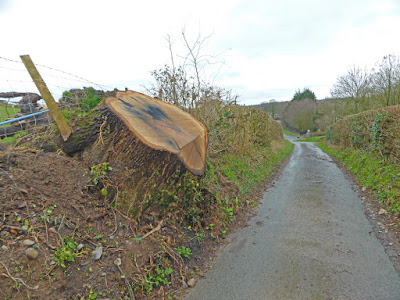 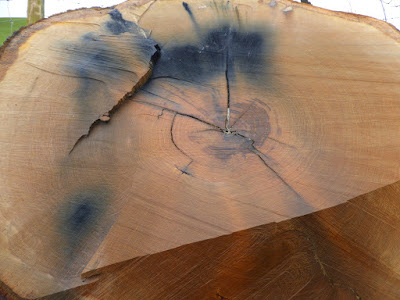 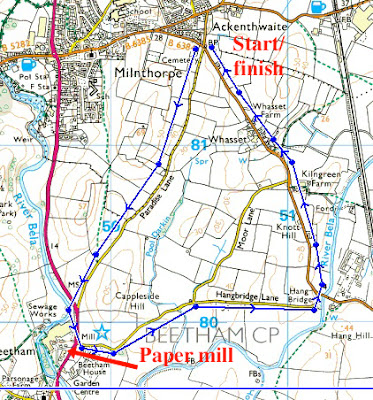