This one and a half mile  stretch was the last part of Wainwright's Way I had left to do.

It was convenient to start from Hornby and walk south to Wray, the opposite direction from all previous sections except for the penultimate section with BC from Wray back to where I finished after picking up the northern end of Salter Fell Road.

I took a few photos which I produce here as though I had walked south to north. I am not sure why I have felt it necessary to arrange that way, I can only assume it satisfies some mild version of OCD which I recognise in other aspects of my daily life and routines. Having said that Wainwright himself published his Pennine Way Companion to read in the reverse of his recommended direction from south to north. W gives an explanation for this which revolves round the difference between reading a map from down to up or vice versa and whilst I can see a glimmer of logic to this I see it as  just another example of W's quirkiness we followers enjoy. 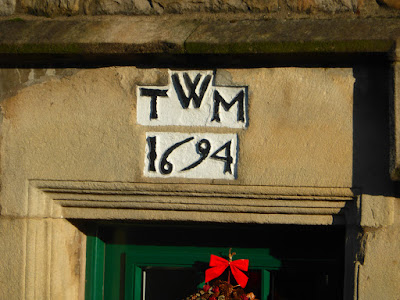