Smardale Bridge features on Wainwright's Coast to Coast  which I walked in April 1990 (32 years ago!)

In 2003 I had a mountain bike ride that passed by.

This packhorse bridge from the 1700s has an attraction way beyond its modest construction. It is the way it nestles  comfortably into its surroundings like an aged gent settled into his old armchair, and it is then enhanced by the special cropped greenery of the limestone country with dashes of white and grey here and there where that rock protrudes. Whichever direction you approach from it reveals itself unexpectedly a long way down in its hollow.  When you arrive, which you will, because this is also a crossing point of several routes, adding again to its significance, you will note the old cobbled humpback surface and wonder at those old drovers taking their livestock miles and miles to sell down the country.

Scandal Beck runs below, now a decent sized river after  a short journey from its source on the northern slopes of the Howgills. That beck carves an ever steepening sided gorge necessitating construction of a splendid viaduct for the railway in 1861.

It was built in 1861 by the Cumbrian engineer Sir Thomas Bouch as part of the South Durham & Lancashire Union Railway, which crossed the Pennines to carry coke to the iron and steel furnaces in the Barrow area and West Cumberland. The line was closed in 1962 after steelmaking finished.   Thanks to Visit Cumbria

I have a strange concept about Scandal Beck:  it seems (to me) in parts to be flowing the wrong way in relation to its surrounding landscape.

The bridge, gorge, and the viaduct have provided for a variety of footpaths and walks which have become classics and "must dos" for many a walker, but it was only when I perused a recently purchased Cicerone guide that I realised that possibilities extended north to Smardale and return could be made by traversing the viaduct which is not marked as s public right of way on the OS map, but its length from Smardale south to Smardale Bridge has been incorporated into an accessible nature reserve.

My circular walk was all quiet and peaceful and as good a seven mile circular as you could have anywhere in the country. I expected this to be a popular trek but I only met two other couples the whole way so what has happened to those many many people that walk the Coast to Coast? I am not complaining of or welcoming the dearth of fellow walkers, just informing.

WORTH CLICKING ON PHOTOS TO ENLARGE 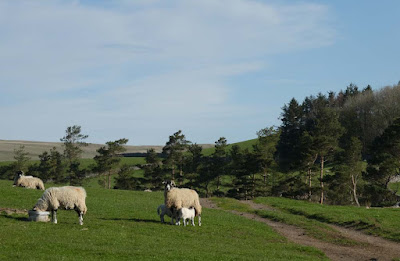 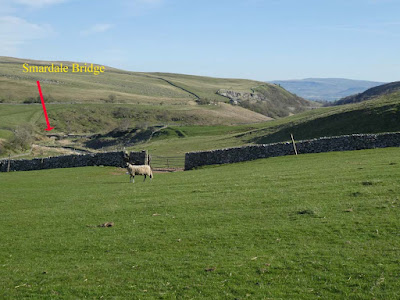 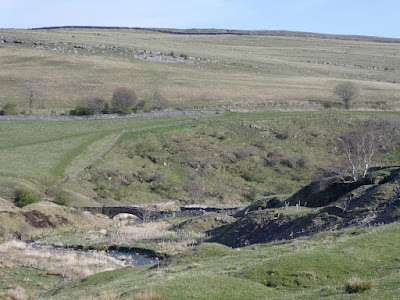 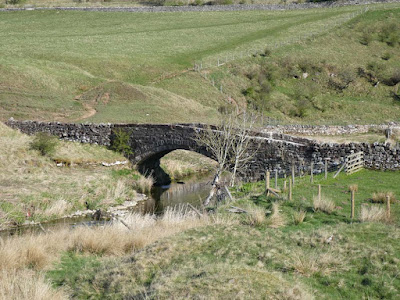 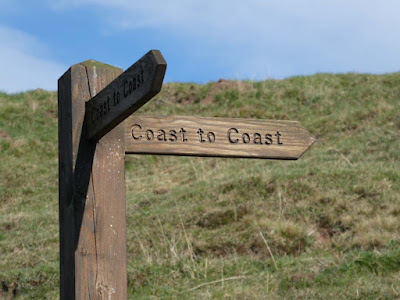 Smardale Hall is a hall house built in the 15th and 16th centuries. The hall has a tower at each corner, very medieval in appearance. There was originally a 14th century tower house on the site, but much of this was demolished to enable the building of the present hall. Some of the original fortified dwelling is built into the current structure. There are earthwork remains of another medieval house in the grounds of the hall, as well as the earthwork remains of a probably medieval motte.Thanks again to Visit Cumbria 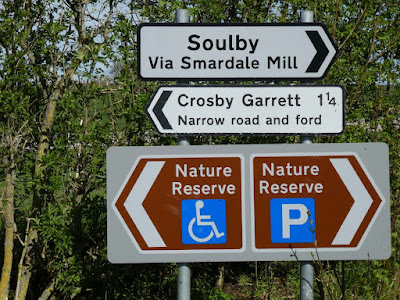 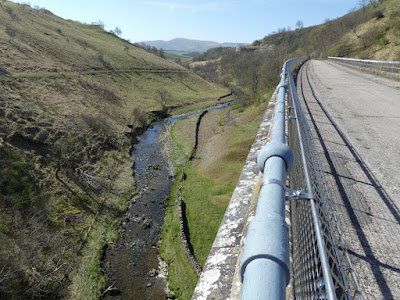 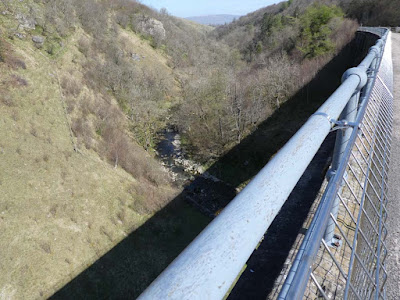 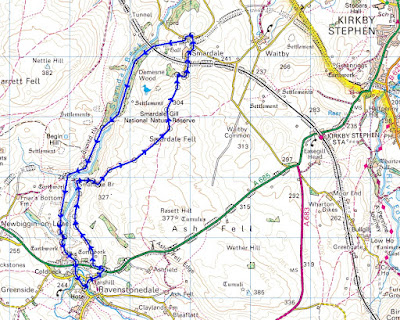