Borrowdale is a steep sided valley with a Land Rover track running through from the Lune gorge in the east, south of Tebay to the A6 Shap road in the west. At roughly halfway there is a the working farm of Low Borrowdale which thankfully still thrives. In 2009 planning permission for holiday chalets at the farm was declined and the farm was sold to continue as a working farm with two herds of hefted sheep. That would have been a disaster ruining this remote and peaceful location.This Borrowdale provides the perfect link between the Yorkshire Dales and the Lake District for long distance walking enthusiasts.

After having my Panasonic TZ80 returned with a new lens unit under guarantee I realised that these long zoom compact cameras are prone to failure caused by foreign bodies being ingested by the frequent popping in and out of the lens, and in inclement weather rain and moisture can also contribute. That was confirmed as a known inherent weakness by the chap at Wilkinson's cameras in Kendal. I have always been on edge worrying about keeping the camera safe under the varying conditions of my walking. So, whilst awaiting return of the repair I browsed and found the Olympus TG6. This is a waterproof camera (yes, you can film underwater if you want.)  The TG 6 is also supposedly shockproof carrying the designation "Tough." The only downside is a limited 4x zoom. That is contained inside the camera. Today was its first outing and from the photos here I am quite pleased and importantly relieved from the anxiety of protecting my camera from the elements.

There has been a lot of forestry clearance on the slopes of the northern ridge at the A6 end where I started and some hopefully, temporary mess and disruption, but I was away from that and soon ensconced in the peace and quiet of this valley.

As I was climbing back up to the ridge from Low Borrowdale farm a couple pushing their mountain bikes came past. the only folk I saw on this trip. The ridge walking was perfect on undulating dry ground with views which switched from time to time back down into Borrowdale to the south and then the extent of land up to the Solway to the north, all that good ridge walking should be.

The furthest north peak (485m) unnamed on the Os map is the logical end of this ridge looking down onto the A6 and right into Upper Borrowdale on the other side (another one on my list of to-dos.) This peak seems to be rarely visited,  I suppose because one encounters the track named Breasthigh Road first, and it being an obvious route of descent back into Borrowdale. That final peak is protected by two stone walls. At the first I found a rusty gate, not operative, and was able to climb over. Judiciously I put a marker on my GPS OS mapping so I could find this again on my return. I was well pleased with that. Due to the undulating terrain I didn't see that gate until I was within about twenty yards of it on my return. Higher up towards the summit I had spied what I thought was a gate in the second wall. That proved to be fencing with barbed wire atop plugging the gap of some fallen wall. I managed to bend the wire back at one end and squeeze between post and wall and vice versa on my return when I put the wire back in place.  That last summit was only about a hundred yards beyond the wall but it had been worth the effort with views back down to the A6 and of much interest to me: the upper part of Borrowdale on the other side of the A6.

I returned to Breasthigh Road and descended. A lot of engineering work is being dome making this into a wide navigable track for Land Rovers with a surface of loose semi-compacted stone and combined with the steepness made for a pretty uncomfortable descent, but all in all this had been a satisfying outing. 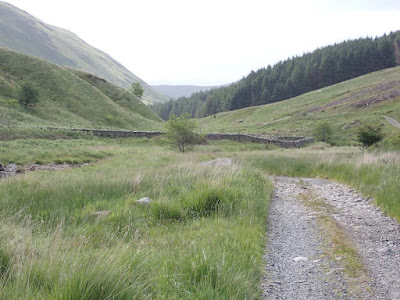 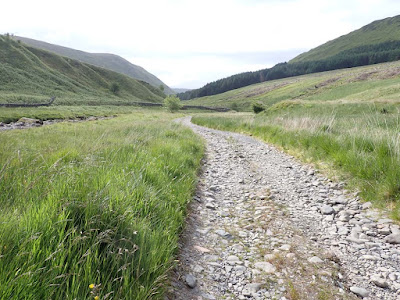 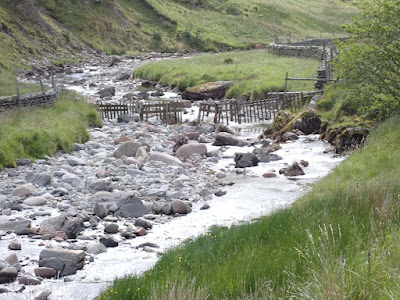 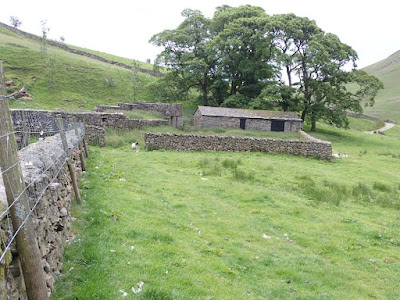 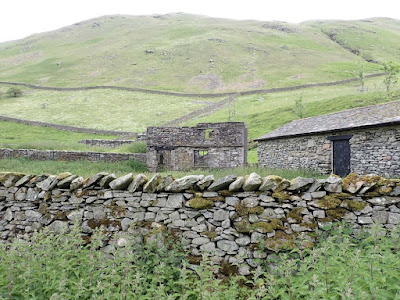 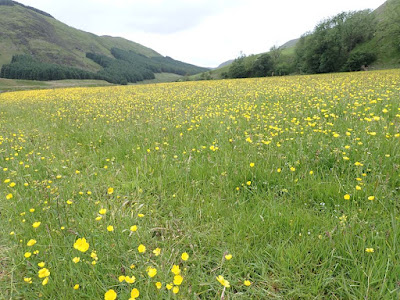 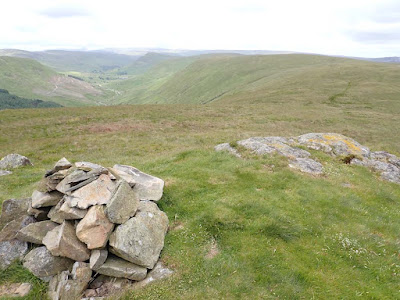 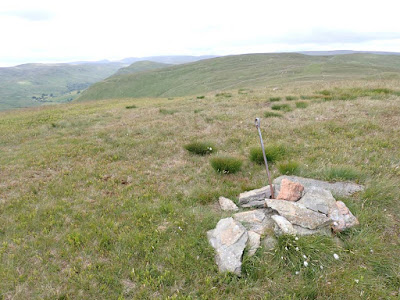 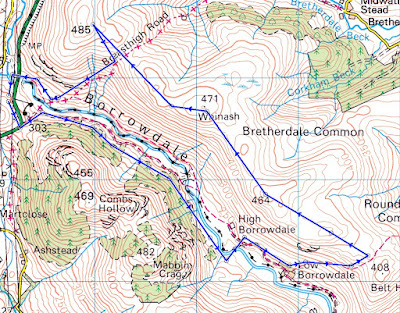 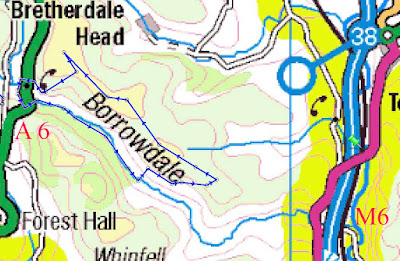 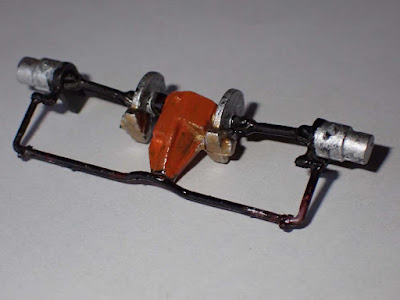