If the bough breaks...

Borrowdale (the one near Tebay) is now managed by Friends of the Lake District, after having been included within the extended boundaries of the Lake District national park. There is a pleasing website detailing improvements they have made enhancing wildlife, conservation and bio-diversity. This valley is for me one of the most attractive locations I know. I found it for myself many years ago without any prior knowledge (much better than being told about it by someone else) and have visited it many times since. The traverse of the southern ridge and return via the valley bottom is a fine outing. As far as I know the old farm, now restored is not inhabited but the valley is managed for sheep. The steep hillsides have a mixture of rocky outcrops and scattered trees and the fast flowing Borrow Beck is a lively presence throughout.

Our route started at the eastern end - there is Tarmac with tricky potholes for just over a kilometre ascending quite steeply through attractive woodland, and we drove up there to the start of the Land Rover track which is not suitable for normal motor cars, and leads to the farm at Low Borrowdale.  There is a friendly sign now suggesting caution, but there is no way I would want to take my low-slung Kia any further. There are paths and tracks after the farm which eventually meet with the A6 at the western end, but there is no realistically viable route for vehicles which keeps this secret valley as a place for peace and food for the sole.

We walked up the rough undulating track for just over a mile, and then back again, and for the moment that is as much as my convalescing knee wants to do, but all was bright and sunny, but there was a perishingly cold wind and the track had patches of ice which were not always obvious to the eye and I was in great fear of slipping. On the return my walking had slowed somewhat, and bearing in mind Pete is five years older than me at 83 this was the first time I can remember him being out in front and waiting every so often for me to catch up. But, to breath that air and soak up those surroundings was welcome after weeks of confinement.

Back at Café Ambio most of the farmers had gone and we were able to get our usual comfortable seating on the only two leather settees in the corner away from most of the standard café tables and chairs. As we were well into our tea drinking and flapjack and carrot cake munching, a couple of young mums arrived with pram and baby and a four or five year old boy and plonked down on the table next to us - there were other empty tables all over. Then another two arrived with a couple more young kids. The baby was crying and the kids were what I would describe as active and vocal. We have not had this kind of intrusion before during the two or three years we have been coming here, and whilst I, now as a veteran grandpa, tend to be laid-back Pete was disgruntled (he is not very tolerant) and mutterings were made that we may have to change our venue if this persists - oh dear!

Recently I was watching a TV programme about volunteers going through the SAS training; they were subjected to over fourteen hours of sleep deprivation, interrogation and softening up, part of which involved being forced to adopt uncomfortable positions whilst being prodded with sticks, along with intermittent loud noises, and high pitched recordings of babies crying, so if the military regard that noise as the ultimate...

Apart from housing the new livestock auction mart this large recently purpose built complex incorporates Café Ambio and also a normal household/antique type auction house. As we depart we can see into the auction room and at the front was an antique petrol pump complete with the Esso glass bowl topping piece. As I was pondering what the guide price may be one of the auction guys appeared and told us it was set at  £1500/2000. Pete said to him "If I bought that and took it home my wife would divorce me." The auction man jauntily replied "perhaps cheap at the price." 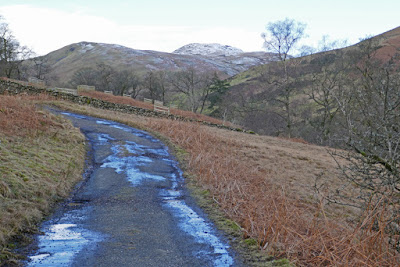 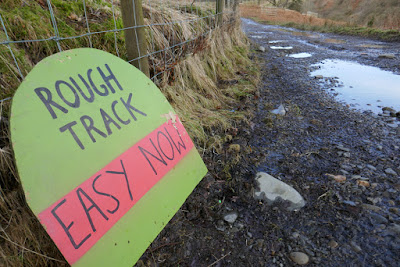 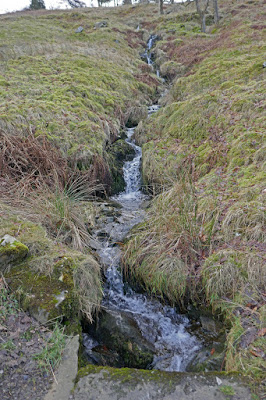 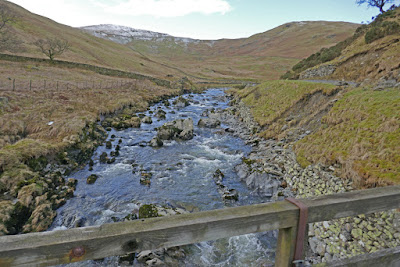 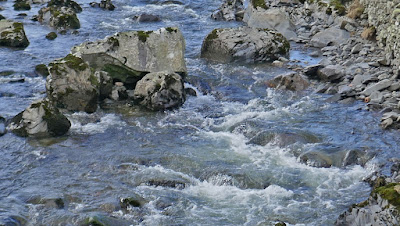