Following recent preoccupation with drawing straight lines on maps and trying to walk close to them I drew one from home (Arnside) to "The Sea" - (east.)

I  doubt whether I will ever complete this route - the logistics are complicated in places, but I can see daylight for the first few days done on daily walk schedules and using public transport. So on a gloomy morning yesterday I set off from home at 7:10 am which Met Office informed me was the time of sunrise - well there was no sun and it was gloomy and fizzly, but light enough for walking. I actually used a new footpath for me only a few hundred yards from  home. It was a concreted path under the railway and across fields. A pleasant bridleway often walked and cycled in the past had views back to Arnside Knott in the gloom, and then a road climb through Hazelslack with posh houses and security gates and my first daffodils of this spring. Another new path for me from Slack Head through the woods to Hale involved a two hundred yard stretch of limestone pavement at an awkward slope all damp and greasy which needed extreme care. I was thinking to myself that it was my age and dread of falling with my two replacement knees and metal in my arm, but a bit further on I met a local competent looking walker who told me he always avoided that pavement when it was wet, so some justification for my trepidation.

I crossed the A6 and walked fields across to Holme. I had decided to photo stiles  guessing that these would be varied on this walk.

On a spell down the Lancaster canal I saw a notice indicating "coke ovens" on the other side. They were used in the early nineteenth century for producing coke for the smelting business and located on the canal side for convenient transport.

Leaving the canal I turned the wrong way down the minor road adding half a mile to my route including the there and back - yes, it still happens - I have said that these days I find out sooner, but it was not the case today.

After crossing the M6 and the A6070 I was into a fine stretch of English parkland, part of the Clawthrope Hall estate I think.

I came out onto a long quiet uphill road to reach the summit between the Farleton Fell massif and Hutton Roof Crags. All the way woods with high fencing and warning notices every hundred yards conceal Holme Park working quarry. Halfway up the road I chatted with a guy parked there and I thought at first he was listening to a radio, but in the middle of our conversation there was a huge explosion; that without any exaggeration was the loudest I have heard ever. The whole of the area, not just the immediate part where we were standing, shook and reverberated. This guy was from the quarry and monitoring the force as a legal requirement. I asked him about the reading - it is measured in feet per seconds or something similar and he told me the maximum figure on his instrument allowed was 6, so I asked him what this reading was and he said 0.7 - my goodness, if it had got anywhere near that maximum I would probably be on the Moon by now.

A pleasant path from the summit rising gently then contouring then descending had fine views to Farleton Fell and Scout Hill - this is archetypal limestone country. There was a nostalgic moment as I passed by Hutton Roof climbing crags, a decent length of one pitch good quality limestone  where we used to climb on summer afternoons.

From Hutton Roof I climbed to a plateau through sheep grazed fields with that top-of-the-world feeling, then a descent to finish at Kirkby Lonsdale. The double-decker bus to Lancaster was waiting departure in half an hour. I shopped in Booths then went aboard. I was the only passenger until the bus came to the outskirts of Lancaster. The driver chatted to me when he waited at various stops being ahead of time as a result of some pretty hairy driving through the country lanes - he had been at it for seventeen years.

A train from Lancaster had me back in my house for 5:00pm

The walk was exactly twelve miles and took seven hours including twenty minutes stop for munchies and coffee. What a good day.  The Limestone Link runs from Arnside to Kirkby Lonsdale, but I had ignored that so I could conform to my straight line project.

Lots of photos today - click first one to enlarge for slideshow. 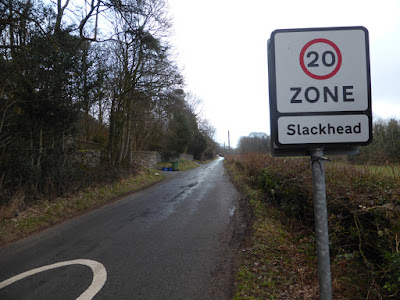 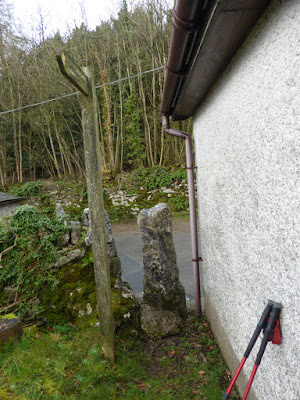 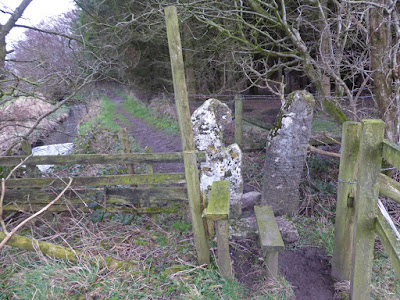 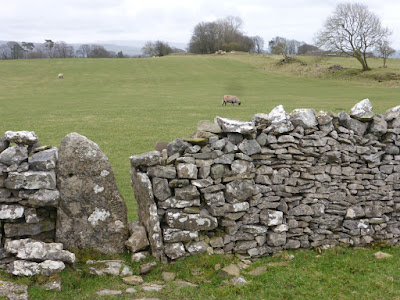