A toughy seemed likely based on BC's warning of rough going up Whitendale (he wasn't kidding.) Facing eleven miles there and back including the rough section and diminishing daylight hours I needed an early start.

Drama started before the walk. My drive through and over the Trough of Bowland encountered patches of ice. My Kia Ceed GT Line is really a sports car in disguise and not the best on that kind of terrain.  I was gripped several times descending over ice. I vowed not to return that way.

A frosty  8:10 am start treated me to surreal glowing-orange light on the Bowland hills with a carpet of white frost in the foreground.

But for the pre-warning the first five kilometres would have lulled me into thinking this was going to be a cinch.  I had been on a private water-board (I think) Tarmac road. Just after Whitendale Farm a gate lead onto virgin fell.  A board walk off to the right mislead me especially as it conformed to the GPX route I had downloaded from the Long Distance Walkers Association's website. I tried to follow that route but the path soon faded and I was quickly tackling monster sized tussock grass and wasting time and energy working back towards the stream and finding the proper path. Later, when I was returning the path of course went right back to the gate.


"Path" was almost a misnomer. Its only merit was just being able to identify it; I couldn't see where my feet were going because it was overgrown and uneven underfoot, and it switchbacked up and down requiring continual awkward stepping. Progress was disappointingly slow. The downloaded route did now coincide, but further on it diverged crossing a fence line to the right but that was not apparent on the ground. I continued on the known option of what I could see. Further on the OS 1:25 indicated another path off to the left, but as mine was intermittently furnished with marker posts I carried on.  My path eventually emerged onto the Salter Fell Road between the OS marked path and the downloaded GPX route.

It seemed unfair having to return back down Whitendale after all that effort but there was no alternative. The surroundings on the walk had been spectacular and perhaps worth the effort, but I don't think I will be walking up Whitendale again


Worth clicking to see enlarged 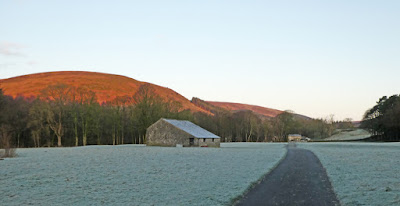 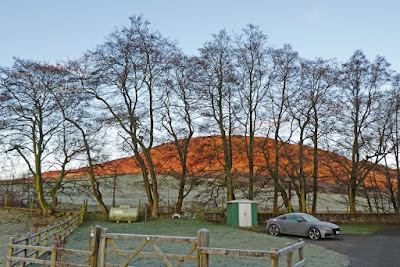 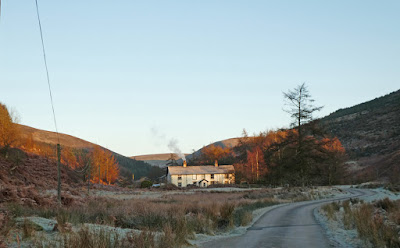 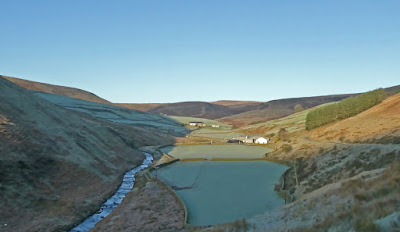