Sunset on the Knott.

First of all a bit of a rant.

New guidance from the Government to the College of Policing suggests it may be ok to drive for exercise if the driving takes less time than the exercise. We all know with common sense what that means but the loose way it is worded could lead to misinterpretation. Some may take advantage: "Well, I'm going to drive to John 'o Groats and walk to Land's End." Apart from"intelligent idiots" flouting the spirit of the advice others, even more idiotic, will take it literally as has happened in the USA with people believing Trump that drinking disinfectant may eliminate C.

Responsible administrators should be able to express themselves more explicitly to avoid this kind of misunderstanding and we should expect better from them than this.

Here is a no-nonsense article from the British Mountaineering Council written with the kind of clarity that seems to be lacking from other sources.

New guidance from the College of Policing, which was widely reported last week, seemed to suggest that it was possible to drive for a short time in order to exercise for a longer time. With no definition of what this exercise means, does this now mean that driving for 20 mins (for example) to go bouldering (for instance) is lawful? We think this is not necessarily the case.
This new guidance does not change the regulations: it appears to only apply to England and is aimed at advising police forces on how police officers should be enforcing the law on the ground.  Ultimately, it will be down to police officers and the courts on what they deem to be a ‘reasonable excuse to not be at home’, as stated in the regulations. As with any new laws, until tested at a court, and case law is established, the nuances of interpretation are unclear.

On a recent post my commenter Gimmer set us a puzzle and I have been asked by one or two people if we can have the answer. It seems that I and my friends and acquaintances here do not move in the same esoteric milieu as the members of the Round Britain Quiz team back in 1952.

Here's a question from an edition of Round Britain Quiz from 1952: what has one of the best views of Rum not got to do with the night sleeper to Inverness ?(NB Sir Hugh is disbarred from answering)

Can we have the answer please Gimmer?

I keep trying to find variations on the daily routine that I have now established, so instead of signing off to TV from the Six 'o Clock News onwards I checked the time of sunset and set off up the Knott. I arrived at the best viewpoint about five minutes before the sun disappeared behind the ridge of hills across the bay. I was surprised at how quickly the disappearance happened but I did get one or two shots first then to more surprise I realised that there was still interesting light for more worthwhile shots. I only have a point and shoot compact and wasn't using a tripod so I had no great expectations but was modestly pleased with the results. One thing I noticed when looking at the photos back home was the fact that I had not been holding the camera level which is much more obvious when you have extensive shoreline in a photo and I have had to spend some time "free rotating" with Photoshop Elements to prevent all the our local water running back out into Morecambe Bay. 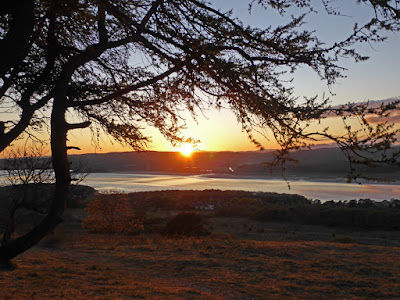 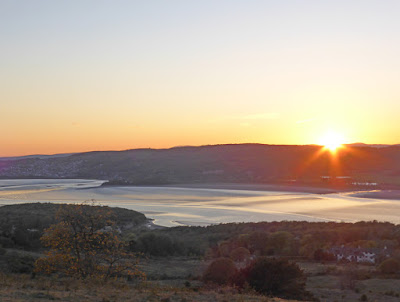 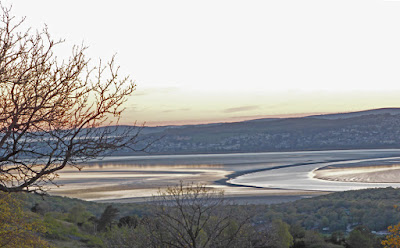 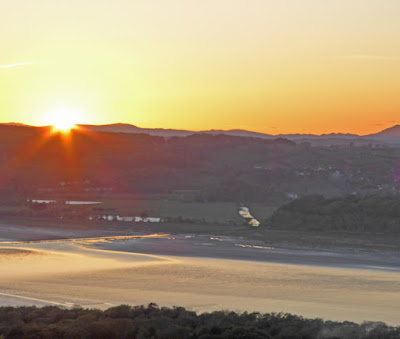 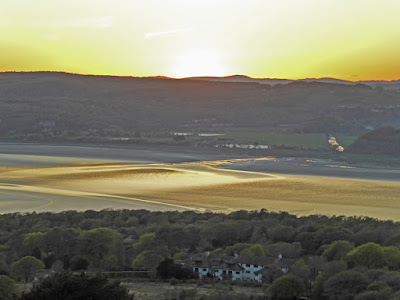 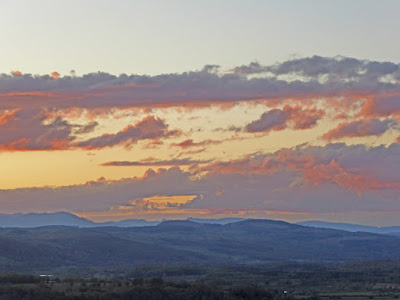 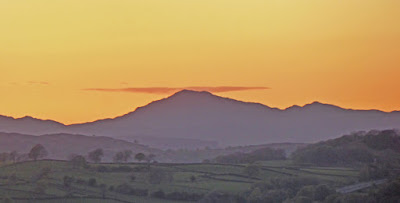 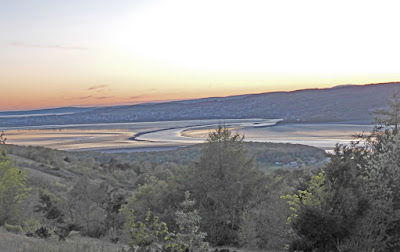 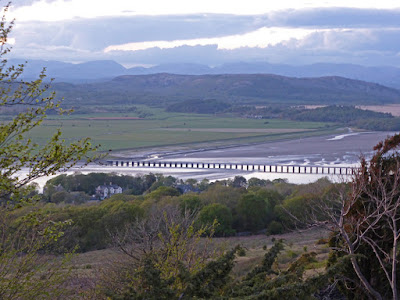 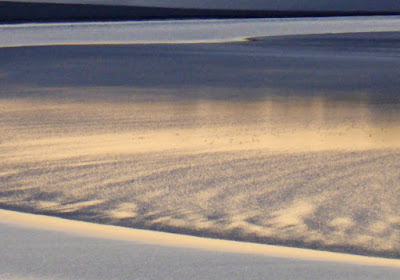