At the start of Lockdown I vowed to walk every day. I think I had a morbid fear of turning into a lump of jelly.

Somewhere around day fourteen for a reason I can't remember one day I omitted to walk specifically. It was only after I realised I could be on target for beating my previous "record" of 77 days continuous walking when I plodded from Land's End to John 'oGroats in 2008 - no rest days. So I was niggled at missing that one day, but no matter, says he defensively, it is only a detail, so as you see above I will hopefully go beyond the 77 days within the next few days.

Going back several years I walked more locally when I had my springer, Barney and then my daughter's springer Jake.  Since their departure I neglected those areas but since Lockdown I have combed them again finding many previously undiscovered paths and many newly formed, but now I seem to have more or less exhausted them . With the advent of relaxed mobility I have been driving a little bit further to do the same thing in areas slightly further away.

I visited Scout Hill during my OS sheet 97 trig point campaign on 5th November 2003. It was not a bright day and I retained a memory of something mundane.

Today the approach on medieval lanes leading up to open fellside was all delight. The views to Farleton Fell, Arnside Knott and the Kent estuary out to Morecambe Bay were stupendous. There were curlews wheeling about and a huge gathering of one of the corvid species making a raucous racket. I wouldn't have gained much by re-visiting the summit although I have now noticed a little tarn marked on the map just below that could be worth another trip.

The path below the summit had extensive skyline views of the Lake District hills to the north with particular clarity today and the Barbon Hills and Crag Hill ahead to the east.

A minor road followed.  When I needed to branch off onto a footpath the field was full of cowboy cows - those with long only slightly curved horns and they were already eyeing me up for what purpose I was not prepared to find out. I walked further up the road to gain access to the next field. and was then locked into a field system with no exits for my direction which was guarded by an unusually high barbed-wire fence. Eventually I found a scoop of earth below the bottom wire of the fence that had been blocked by planks of wood. I removed camera, wallet and iPhone from my pockets, moved the planks and did a sort of ground based limbo on my back underneath the wire and after replacing the planks more effectively than how they were found I felt pretty proud of my problem solving - there is always a way!

I gained my proper path to finish the walk with a different version of the splendid view across the bay. I am so fortunate to live in this area with almost endless variations of such rewarding walks. My son W. deduced that the fence incident was something that I had masochistically revelled in and perhaps there was some truth in that? 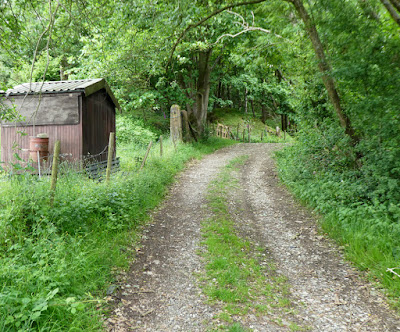 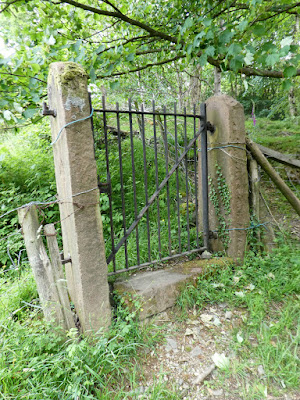 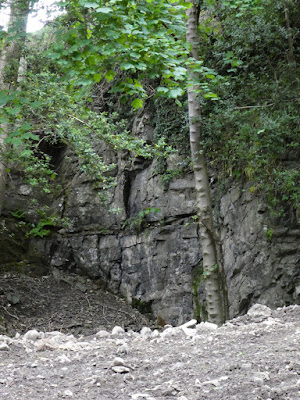 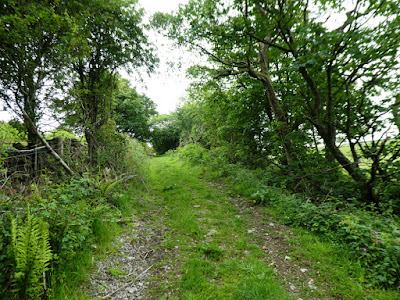 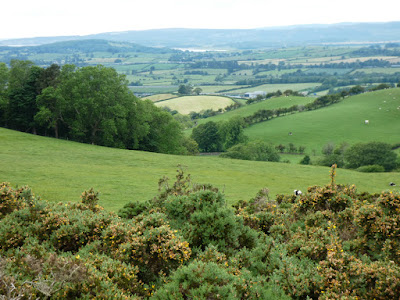 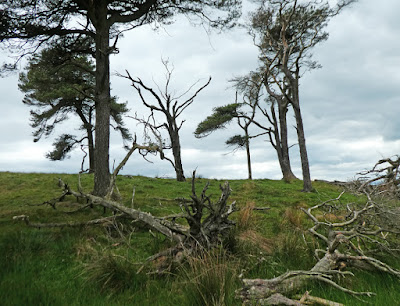 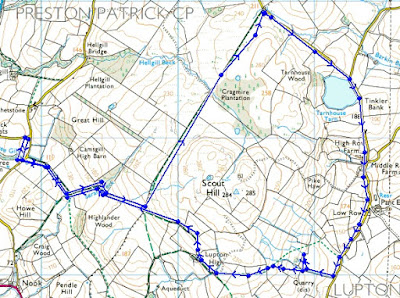 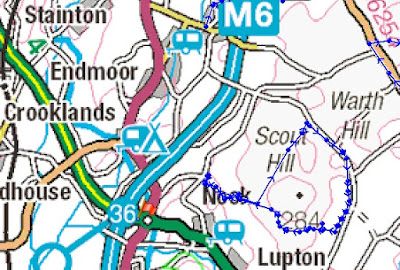