Blogger Dashboard is this blog's backroom where posts are composed, and statistics of page views are recorded on a Daily, Weekly, Monthly, Annual and All Time basis. The source of page views has always been a mystery to me but I'm pretty sure most of them arise from search engines and intrusive entities such as Google and others rather than individuals searching for information on a particular subject.

In the top two places at the moment by a fair margin are:

Neither of these posts, as far as I can perceive, contain anything subversive or refer to organising oneself as a terrorist or anything else that would attract thousands to investigate.

Perhaps the words "owl's egg" from this post may qualify it for promotion to pole position?

My last post mentioned my non-visit to the summit of Scout Hill and my intention to return to see the little tarn marked just below.

I had a mental picture of a  bowl of water intriguingly unseen until breasting the rim, nestling in a hollow with enchanting ripples reflecting the sunlight and perhaps the odd bird on the water to enhance my photography: somewhere to spend some time pondering on the meaning of life and the nature of the Universe.

The approach was as attractive as my visit the other day.

I have now gone back to the Panasonic TZ80 after having its sensor cleaned and at last got to grips with the macro function. The first chance to capitalise was the broken bird's egg on the path. It is possibly from a barn owl and if so out of context in the middle of a field, so I conclude it was dropped there by a predator.

My next victim was a bee, or is it a wasp, getting its pollen fix on a dog rose. I understand there are hundreds of different species of bees in the UK and of course I would be chuffed if this turned out to be a rare one - identification please.

I had to leave my previous path to head for the summit. Some toing and froing followed through a band of gorse trying to follow sheep trods. The terrain was undulating and as expected the tarn only appeared, as I was hoping, only when I was close and topping out on the final undulation.

It appeared as a filthy looking overgrown marsh surrounded by a feeble, droopy, third-rate fence and could have been more at home as a millpond in the backyard of some derelict mill leftover in redundant industrial Lancashire.

Looking at the skyline I could se Scout hHill had three summit areas. Away to the left what looks like a prominent standing stone, and in the centre a building and telecoms mast installation, and away to the right the trig point sitting a little higher and commanding the best view. I visited all three and soaked up the full three hundred and sixty degree views - some compensation for the non-doing tarn. 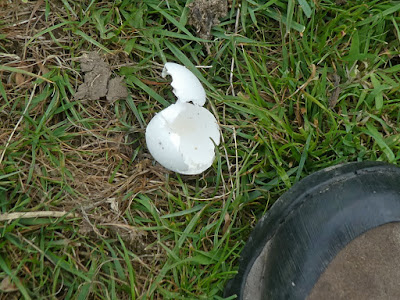 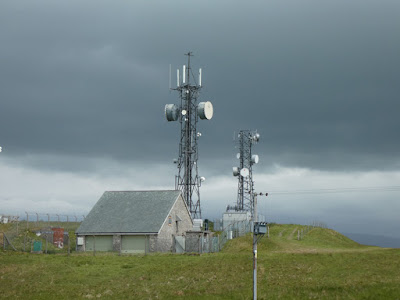 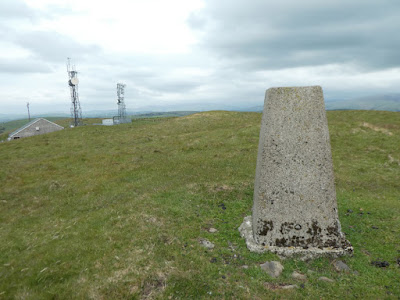 My thoughts are uttered and substantiated by an exchange with Alan on his blog:

Sir Hugh said...
An important record I think and super photos. One wonders about all the statues especially where philanthropy and noble actions clash with more dubious activity. I think they should stay but with more informative well constructed cast plaques attached detailing the bad along with the good. It is wrong to airbrush history.

AlanR said...
Hi Conrad. Sheila said it all yesterday. History is not one of her favourite subjects but she said its been a good day and I've learnt so much. History cannot be erased. It will always come back. For me i find the whole statue protest a pathetic waste of public money at a time that the economy is struggling. Statues were mainly paid for by public funding, so some people have short memories. What WE are led to believe is that it was the white people who were wrong and black people persecuted. Yes, but what about all the very rich black organisers on the west coast of Africa who did the majority of the kidnapping. As i said earlier, history cannot be erased. There may be a civil war if Baden Powell statue goes. Rant over.
Posted by Sir Hugh at Friday, June 12, 2020