The priority today was to avoid a repeat of the 20th November 2020.  That was the last "walk" I didn't have with Bowland Climber since the last Lockdown. I had left the engine running on my car at home to defrost, and then came back inside, then setting off leaving the car keys in the house. Arriving and parking at Hoddlesden I  found I couldn't re-start the car without the magic key. The walk was aborted. I arrived back home several hours later on the back of a Green Flag transporter. See the link below if you want  more detail.

I was looking forward today to being able to walk on new terrain together with a good friend,  but failed in my vow to avoid high drama similar to last November 20th.

A circular walk just short of eight miles was plotted and I met BC to park just off M6 Jct. 33. Slightly boring fields climbing steadily gave way to more interesting tracks and lanes passing through  a number of isolated farms. The scenery became better and better including  a bonus trig point. We noticed an unfamiliar feature ahead on the OS map showing rows of geometrical squares on either side of a minor road over a two hundred metre distance. We altered the route slightly to investigate. Inspection suggested these were dilapidated remains of brick built ammunition storage units from WW2 erected at supposedly  prudent distances apart, and located in the-middle-of-nowhere.

I have often written about having no problem with my own company, but I have missed walks with good friends and found myself perhaps approaching the limits of enforced isolation.  Today was a massive boost to my wellbeing, apart from the grand finale - read on...

About half a mile from our finish we took a short footpath to avoid some road walking.

Only having done short walks over the last six months or so with the odd six miler thrown in I think I was tiring a little and just after climbing the umpteenth stile I tripped on a small dead branch which I had noticed and cautioned myself to avoid. I went down with force onto my forehead  driving my neck down into my spine like forcing a  reluctant jack-plug into its hole. I had a huge area of pain all across my left shoulder as though it had been wafted with a  blow-lamp and my neck was pretty painful.  I recovered fairly quickly except for ongoing pain and discomfort and we arrived back at the cars with no further bother. After hot bath and a good meal which thankfully I found  had been prepared by my son I was off to bed by 8:30 leaving unopened an intended bottle of red.

It is now Monday and although my neck is still stiff I am more or less recovered that was a close run thing - I could have been in a wheelchair for the rest of my life. 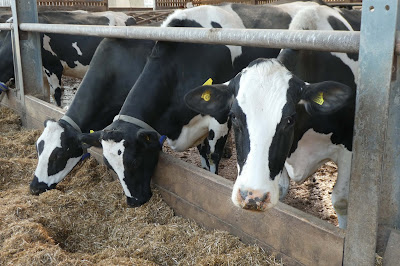 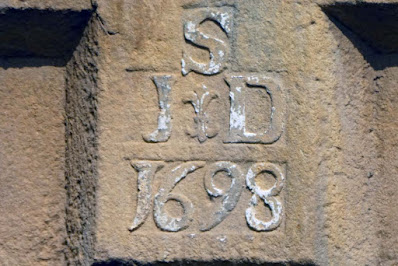 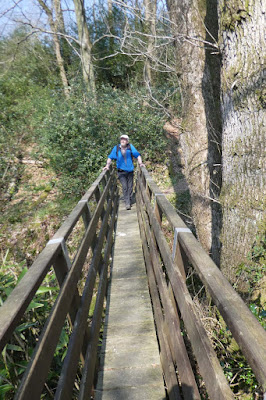