The central Lake District is becoming a no-go area as far as I am concerned particularly because of parking difficulty and long traffic queues. I prefer to dabble around the perimeter, even so...

...if you look at the map I set off anti-clockwise from Helton and had expected that to be on a quiet country lane. Until I branched off it was perilous with fast cars coming from both directions at least once a minute and that combined with blind bends and no footway had me dodging every so often from one side to the other.

Away south and to my left Knipe Scar dominated. I extended my map to let readers see Ordnance Survey making a thing about stone circles and the like up there . I visited a year or two ago because it is one of Wainwright's Outlying Fells. I was much looking forward to seeing those remains. There was nothing to see, just a figment of archaeologist's imaginations. My friend Bowland Climber also visited on his own and was similarly disappointed and we have had a mutual laugh about this oft encountered feature of OS maps.. I passed a footpath sign for the Ullswater Way and saw its continuation later up on the other side of the valley on my return route.

Even as I turned off onto the quieter lane two heavy road maintenance vehicles followed with me having to dodge smartly. There was also an amateurish sign  displaying the letters LRSOC which I am pretty sure refers to Land Rover Series One Club.

The quiet lane lead enchantingly down to a bridge over Hellondale Beck which flows into Haweswater Beck just below the foot of Knipe Scar. Here the two maintenance vehicles were parked bent on a mission the purpose of which I did not discover. The two hi-viz jackets had an earnest demeanour and were not for stopping for a chat.

From here the road climbed steadily gaining about 500 feet with ever improving views of this Lake District hinterland.

Anticipating quiet lanes I was prepared for the major part of this walk being on tarmac but now I branched off onto a track which found its way round the head of the valley to link up with more tarmac running at an elevated level on the other side of the valley. A group of fell ponies barred  my way at one point but I was able to divert a few yards and avoid them. I made a slight error descending wrongly to the higher reaches of Hellondale Beck and had to retrace, see the short blue route on the map below.

As I entered the farm to rejoin tarmac on the return route a group of girls were tending to some good looking horses and they cheerfully let me negotiate their little corral but I was as bit wary as I passed to the rear of a beast of many hands fearing a possible quick back-heel.

Further down the road I sat on a boulder for my coffee and and pasty and an almond slice bought fresh from my local bakery on my way from home. The mounted horsey girls all came past at a leisurely pace and gave me cheery waves. Further on the road the Ullswater Way crossed heading north towards Load Pot Hill I think. I diverted a little from the road to investigate an uninspiring standing stone.

A steepish descent had me looking down into Helton where I sat for some time on a welcome bench soaking the sunshine and the peaceful surroundings before returning to my car. 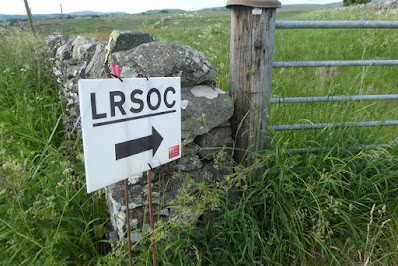 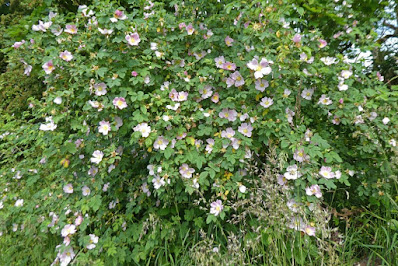 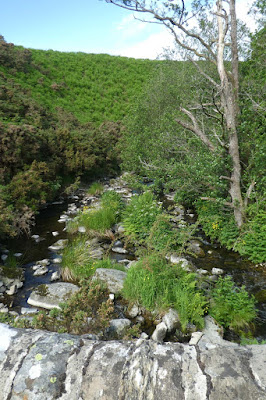 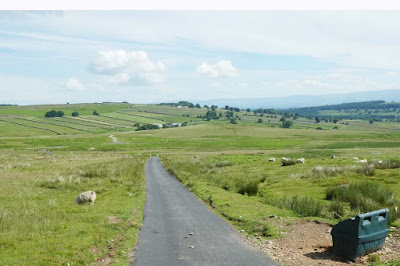 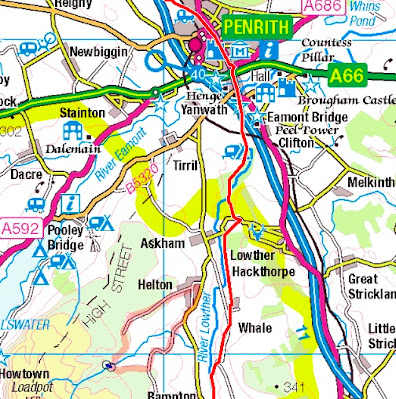 PLEASE NOTE THE "COMMENTS" LINK BELOW.
FEEL FREE TO READ.
I WELCOME NEW COMMENTS AND WILL ALWAYS REPLY.
ANY PROBLEMS EMAIL ME AND I WILL HELP.    conrob@me.com
Posted by Sir Hugh at Tuesday, June 29, 2021