My return to model making, a pursuit I followed as a youngster and teenager demands certain parameters. The subject must be something I have a feeling for be it nostalgic or for the aesthetic attraction of the design.

The last completed model qualified on both counts. Unfortunately I made a hash of the painting and out of the dozen or so models I have now completed this was the worst relative to my satisfaction with the result and I have held back from posting photos about this..

The Citroen Traction 11CV was produced in 1934  and used throughout WW2. The Traction had  advanced features including a monocoque chassis and front wheel drive, both ahead of their time. The body design was pure French élégance. The occupying Germans valued the Citroen and adopted it as a useful staff car. But the French Resistance also  made use of this icon so for me this was a model with qualifying pedigree.

Here is a photo of one obviously restored and looking its best. 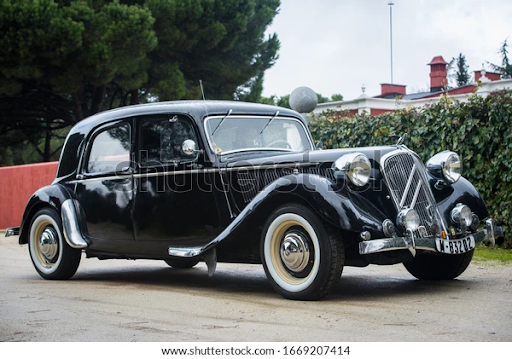 As I was working on my model I was reminded of Saturday 30th June 2007 during my French Gorges walk - here is the entry from my journal for that day. Recalling all this has again brought a tear to my eye.

A long climb to start with to the deserted and overgrown village of Travignon; this is an atmospheric place reminiscent of an Inca town buried in the jungle; there is a strange complex mediaeval looking system of wells above the village forming what was the fresh water system.
Waymarks disappeared, and the route description in my guide only inspired modest confidence in my progress, but this was eventually confirmed correct by a wayside memorial to four French Resistance fighters killed on this path during the war. I felt very moved here, being so close to what must have been a tragic scene with these men being gunned down by German troops in this remote spot. 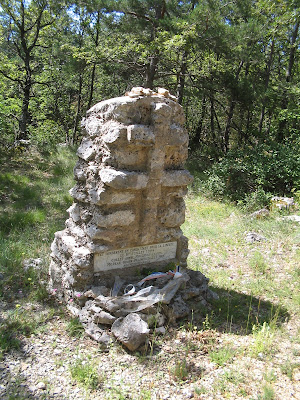 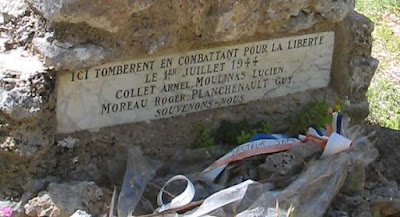 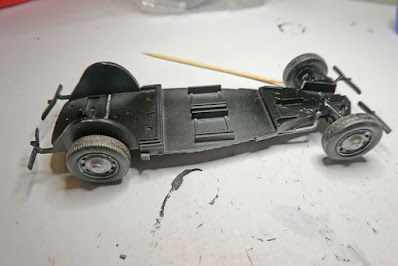 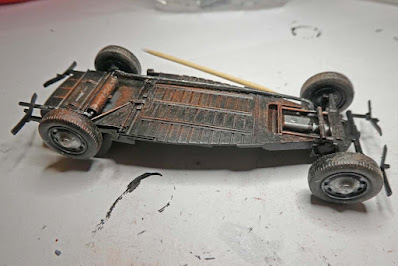