I spent a long time looking for parking on Google Earth for Gib finding only vague possibilities. On arrival there was an open entrance to an apparently unused scruffy builder's yard directly opposite the public footpath leading to Manor House (farm.) The car was telling me it was only fifteen degrees, but within minutes the sweat was rolling down my brow. The rest of the day was  around twenty-nine degrees. The posh sounding name of Manor House belied its appearance.

Whilst the house itself had character the surroundings were a shambles of disused farm equipment and domestic rubbish and general squalor. My path passed though a gloopy farmyard to the rear. A track then lead for a couple of hundred yards onto the outtake land. This track was piled up on both sides with  perhaps thirty or forty rusting, broken down tractors, Land Rovers and the odd mangled and unidentifiable chunks of farm machinery. I have never seen anything  like this before and couldn't resist  lots of photos and even being re-motivated as I returned from the trig. The track took me onto a field which I skirted, uphill on two sides to avoid cattle in the middle. They looked on  quizzically as I took my obligatory photo of the trig. I am sure they were thinking sympathetically that I was a slightly deranged and harmless old geezer not worth the effort of intimidating in this hot debilitating weather.

A drive down to Laneshaw Bridge followed and I found a shady spot to park in a residential road. Lane Head trig was a short walk from the town centre up a lane and through a few spring loaded gates to find my trig unexcitingly in the middle of a field. I returned part-way then branched off on the Pendle Way and/or Pennine Bridleway footpath. As I left the road onto a private tarmac path I noticed a sign pointing to **** House which I immediately recognised as the address of an old friend, Mike Dickson, from my formative years in Bradford over fifty years ago. That old bunch of friends have dwindled and we have not kept much in touch and sadly Mike passed away at a tragically younger age a few years ago but I wondered if Mavis was still resident. I called in and we had an unexpected and enjoyable reunion and Mavis accompanied me for about half a mile across the fields before turning back. Some readers here will will remember those old Bradford times.

A steady climb over good grassy fields took me past Knarr's Farm and onto the nearby trig situated on a pointy pimple at the end of an elevated ridge with splendid views all round of this attractive and individual Pennine landscape.

On Warley Wise Lane I recognised features from my Google Earth trawling and realised how limited that is to identify potential parking spots unless they are particularly obvious.

At The Back Lane End pub the path passed though their rear car park to gain access land for Sheep Hill. Lunch was obviously under way in the kitchens detected by mouthwatering aromas and I was looking forward to erecting my chair at the trig and having my sandwich break. A good but narrow path not marked on the map took me to the trig through blooming purple heather. A local chap out for a walk obligingly offered to take my photo. I did  use my chair and munched my ploughman's sandwich and a Bakewell tart accompanied by my flask of coffee all enhanced by this peaceful location.

I retraced some way from the trig to pick up return footpaths downhill to Laneshaw Bridge and a for the first part a tiresome drive to and through Colne before getting onto the splendid deserted A 682 to Gisburn and Long Preston - I purposely avoided returning by the M65 and M6 after recent bad experiences of awful tail-backs. But that was not avoided to start with when driving through Colne. It seems that cars have now reached saturation point in many places with grid-lock after grid-lock, and cars restricting passage parked on both sides of urban roads. 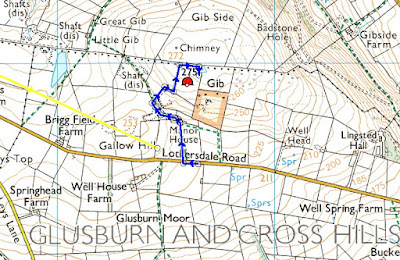 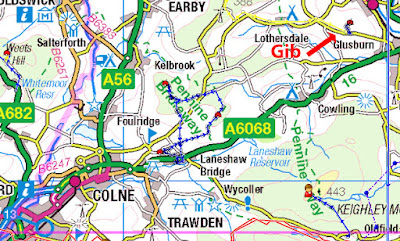 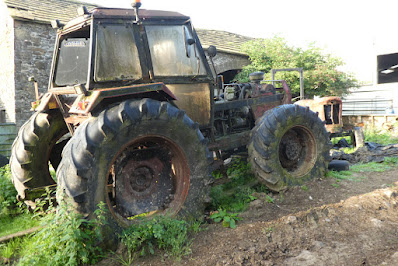 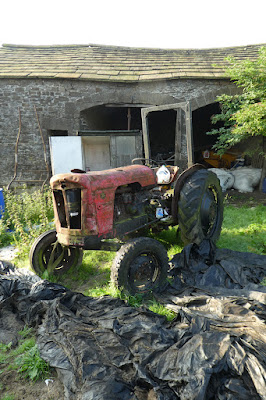 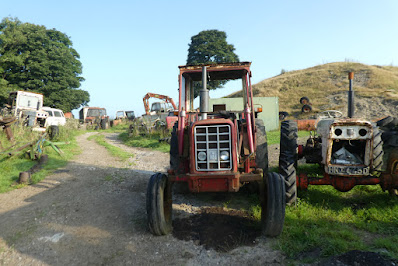 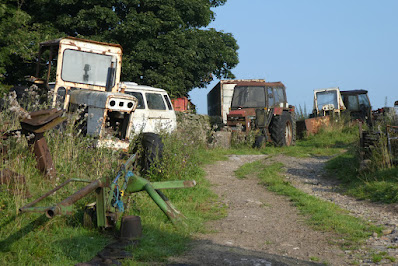 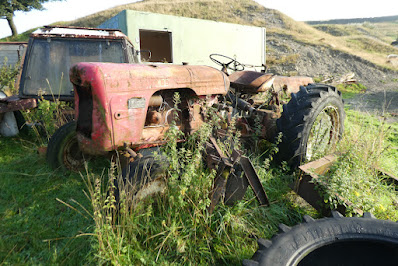 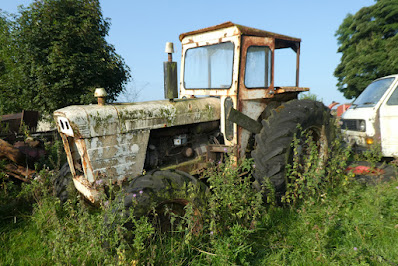 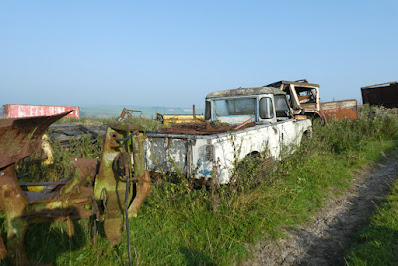 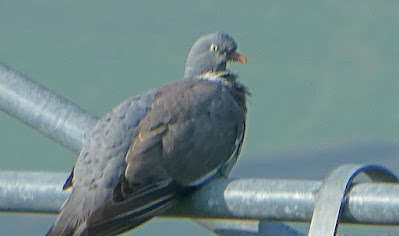 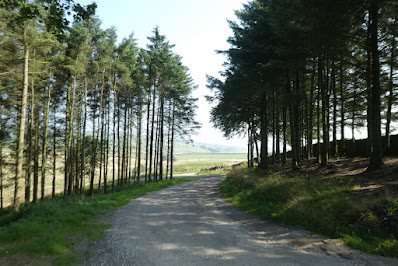 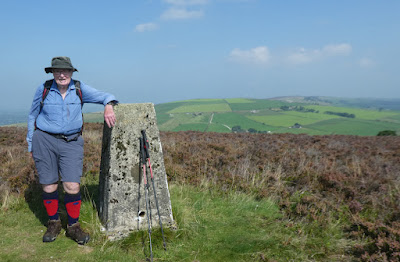