I was proud of my careful study of the map showing a route straying slightly from the pubic footpath but avoiding field boundaries. Pride comes before a shock.

Mickleber hill was enclosed in a 100 yard diameter circle by a fence and TWO electric fences. The trig was about thirty yards away. Experience tells me that such fences are often not switched on. There was no barbed wire on the fence proper and I reckoned with a bit of stretching I could get under the first electric wire then straddle the fence and the second wire. I was well embarked on this manoeuvre and involved with both electric wires when I started receiving shocks from both of them. One had become caught round my boot and I had to extract it with bare hands thus adding more shocks until I managed to get clear, still of course on the the outside. As I reflected I reckoned I had been insulated until well into my involvement before  I grounded myself with my walking poles  -well that's my theory anyway.

It looks like this campaign is being redefined as unspecifically "visiting" these trigs and photographing them, but not necessarily touching.

A short drive took me to the car park marked on the OS map for the ascent of Pinhaw Beacon. This trig stands exactly on the Pennine Way long distance path and I must have bagged it when I did that walk in 1987 but I was rewarded by this visit. There is a superbly constructed toposcope beautifully engraved next to the trig - it was  done by one Douglas Goode, I'm not sure who he is - more persistent Internet searching may discover. The toposcope is dedicated to those who have died of Covid and to all the National Health workers who have been, and are involved.  Goode has included a sonnet and information about Robert Wilson's grave located nearby and marked on the OS map.There is some information in a Craven Herald article:

It seems Robert Wilson was a keeper of the beacon in 1805. Running short of food in his hut he set off in a snowstorm to re-provision and perished. Details can be read (I think) on the photo below.

I spent some time trying to find Wilson's grave but after tiresome struggling about in deep heather gave it up as bad job.

When I had parked at the car park there was just me and one other car. Three quarters of an hour later when I returned the car park was full, a party of ramblers were just setting off.

I was able to park at the  dam wall of Ponden reservoir. I seem to be cherry-picking parts of the Pennine Way recently and I followed it again up to High Withins of Brontë fame, see photos below. I have passed through this ruin several times  but today diverted to the trig on Delf Hill above. Here there were  carpets of purple heather in bloom in all directions, a sight that always uplifts my spirit. I descended by a slightly different route before rejoining the PW and then, having carried my food and flask all the way there and back lunched in the car.

Ascent to Wolf Stones, after a short drive was from a tiny lay-by within thirty yards of the footpath leaving the road. Further up this narrow road with limited chance to park was another small lay-by which I used with Bowland Climber when we were walking the Brontë Way.

I met A couple on the way to Cowling embarked on the Pennine Way and then a chap on his own. All my recent encounters on the PW have underlined my view of what a truly classic walk this .

Because this day was split into a few shortish sections I had thought I would not be walking far but when I checked back home I found I had done about ten miles in all and I was well tired and am still stiff next morning as I sit and write this up.

SUGGEST CLICK PHOTOS TO ENLARGE, ESPECIALLY THE TOPOSCOPE ONES 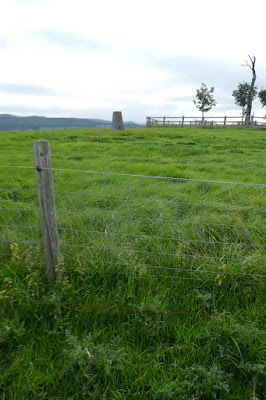 Mickleber Hill trig about twenty yards away The detail of the fences,  electric and otherwise have not shown up well in the photo. The single line one two feet in front of the fence doesn't show at-all. 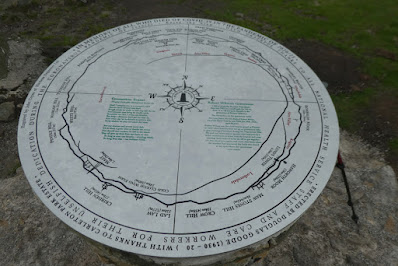 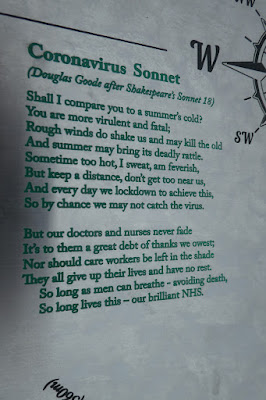 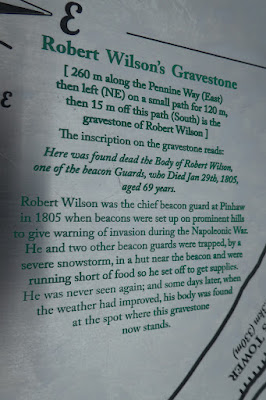 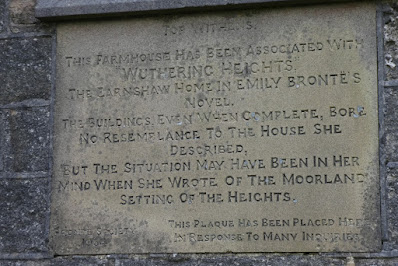 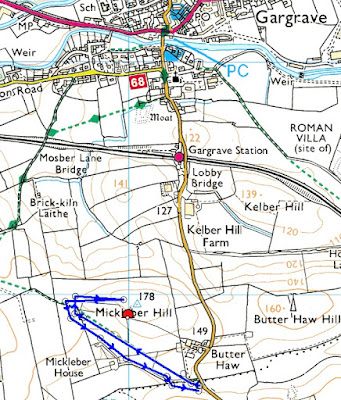 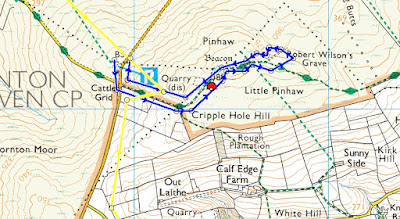 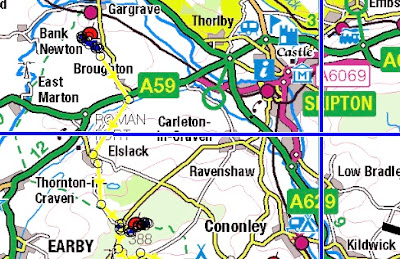 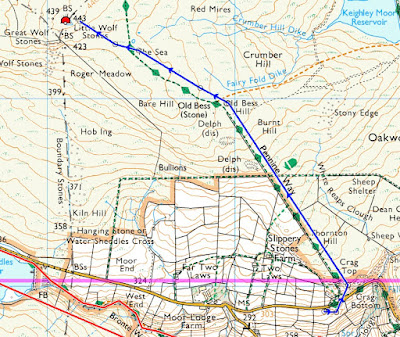