On Day Two of our straight-line route from Bowland Climber's house to mine we were joined by friend J. We rendezvoused at Grizedale View Reservoir, our eventual finishing point. As we drove back to Bleasdale for the start my two friends told me about a rhinoceros that had escaped from some location in Garstang only a few miles away. I think we were all three a bit nervous during the whole of this trip having convinced ourselves that we were walking through terrain that would be favoured by Rhinos.

We had not gone far before we were confronted by a large bull. It was on the other side of a wall through a gate and we confidently took photos, but then as we passed through the gate we saw we were no longer protected by the wall and the bull had a small harem of cows. Whether he had already encountered the Rhino and seen it off we were not sure, but just hoped that was so - fortunately Mr Bull just gave us the eye was we tripped past.

We had a steep zig-zag climb up onto Holme House Fell. Zig-zags are not so frequent in this part of the world, but were well merited here and we were all breathing quite heavily at the top of the col, perhaps fuelled by nervous excitement as we kept carefully scanning our surroundings for large beasts.


On the way to the trig at Hazelhurst Fell we found several animal traps, all lethally set, but somehow that seemed not to be the case after we had passed by, I wonder why?

Game shooting at Bleasdale, Lancashire: This pheasant and partridge shoot is set in a moorland fringe habitat and exploits everything nature supplies to provide the most testing of birds.

My highlighting - not much chance of nature supplying variety up here - it's all been"exploited" to extinction, except of course for grouse, partridge and pheasant - note the traps were empty.

We had been anticipating exploration of "Arbour" marked on the map. This an old stone mini chapel with English arch doorway and windows (all barricaded with steel.) The location is idyllic nestling in a natural bowl with pine trees and rhododendrons scattered, and the infant, but lively River Calder running by. The Calder source is less than a couple of kilometres away higher in the hills, but it is already a worthy little river.

For our next section we will have to walk back to The Arbour to continue our route, so keeping close to our straight line over Stake House Fell.

Photos a bit dingy, although weather was good the winter light is poor. 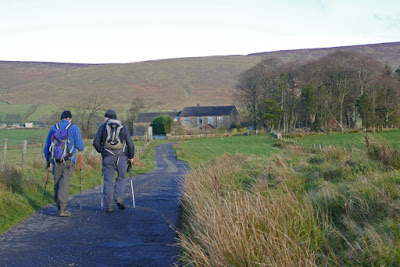 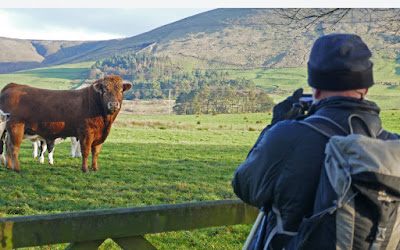 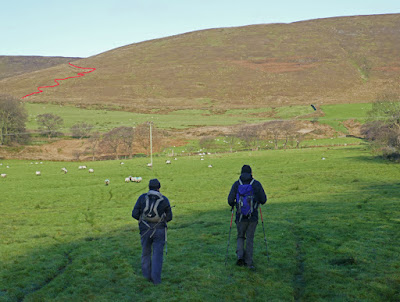 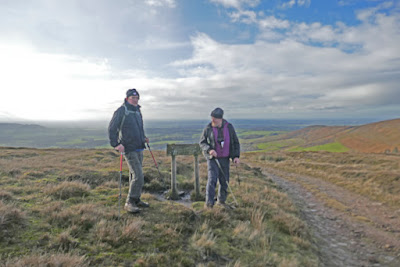 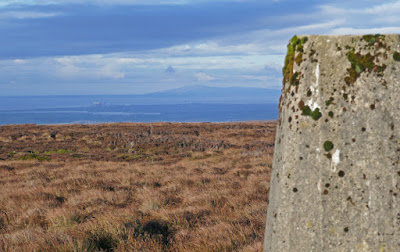 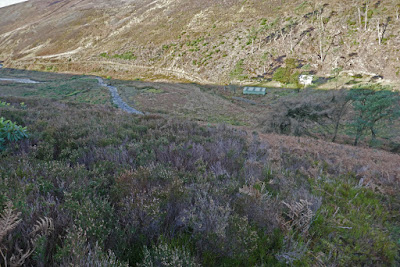 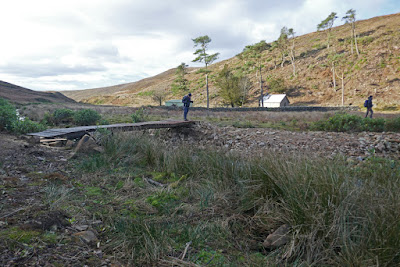 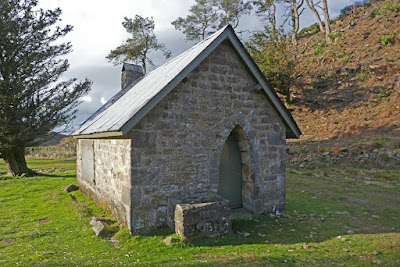 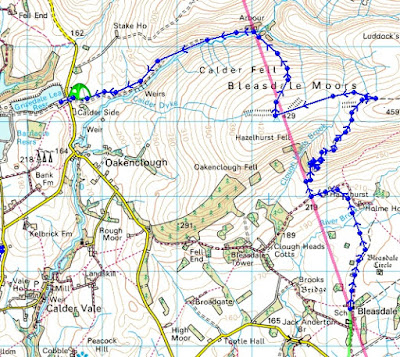