Waterfalls I have not visited

A follow up call from BC after arranging this walk had me confused. BC wanted to ask about bringing another friend. I misunderstood and thought he was referring to a lady. That reminded me of ringing my friend M for an evening out back in 1969; she had said that she could not come because she was going out with her friend Ann,  so I said "ok, bring her along as well." Ann became my wife some months later. I recounted all this to BC, expressing my thoughts that I may be heading for a repeat performance.

(My wife Ann sadly succumbed to Motor Neurone disease in 1997.)

It turned out BC was bringing J and I had mistaken genders.

BC had majored on our walk in the Rusland area last week plotting a new route "to take in those waterfalls marked on the map and that little tarn." That sounded fine to me - I'm not one for missing a good waterfall - I nearly went over a thirty footer in Scotland some years ago after falling into a stream and being carried into the deep dub on the brink of the falls.

We all three ascended through steep woodland from Rusland church on a rocky path topping out on a Land Rover track at the point of the first of the two waterfalls.  We could hear the cascading water a few hundred yards down the other side of the track, and either BC or J suggested they had a glimpse of water through the trees, but I think that was sheer optimism - a vote was taken whether to descend to view or continue on our way to Number Two - there was no enthusiasm for the descent (pauper spirits.)

A bit further on another mini waterfall was spotted far below down an impenetrable wooded hillside which may or may not have been Number Two.

The tarn was not a disappointment and it may just have qualified for me re-naming this post The Tarn Walk. By this time, which was not so long after my breakfast, J was hungry but again democracy prevailed asnd he was outvoted in favour of sandwiching later.

The rest of the walk took us through more woodland and old lanes and tracks all with that special fringe of the Lake District ambiance.

A good day out with good friends. The conversation was wide ranging. J has a background in chemistry and we exchanged many anecdotes about making explosives back in our school days. Does that bring back some memories Gimmer? I hope the ranging search engines and or the anti-terrorism squad don't pick up on key words here.

I've just noticed that the two waterfalls are not even shown on the 1:50 OS map 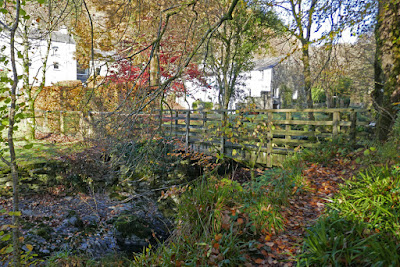 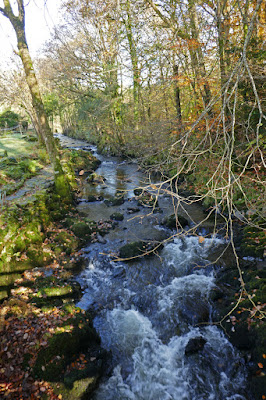 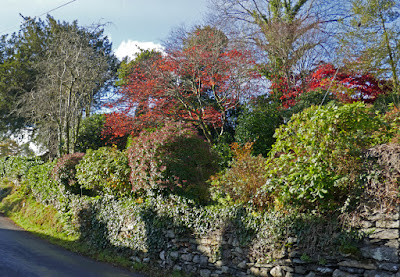 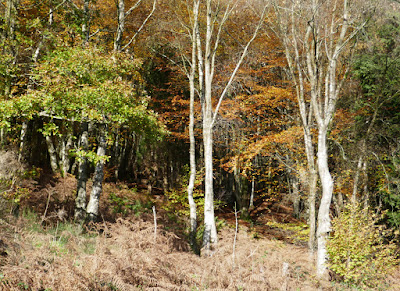 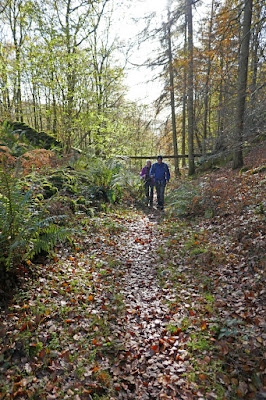 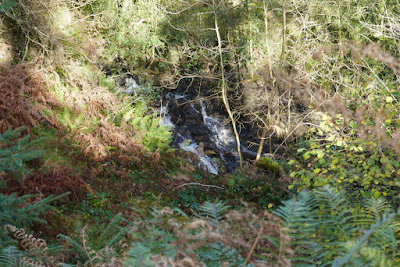 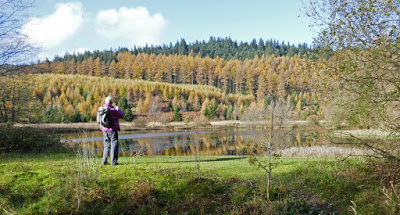 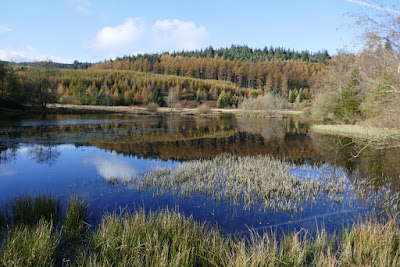 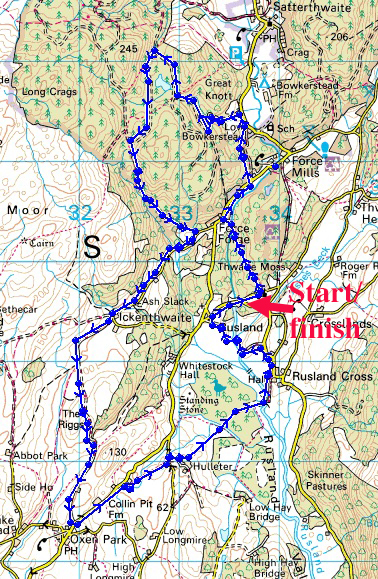