Draw a straight line on the map and try to walk as near as possible to it. Nick Crane did this walking the two degree line of longitude from Berwick-upon-Tweed to Isle of Purbeck and produced the most entertaining, by far, long walk account I have ever read: Two Degrees West. Nick's route had the added aesthetic attraction of being strictly north to south.

I am currently embarked on my own version from Berwick-upon-Tweed to Castle Carey which was originally intended to be done in one hit, but a broken arm, and then a replacement knee intervened - I hope to resume sometime around Easter next year.

My friend Bowland Climber who comments here suggested a line between our respective houses. The straight line is 26.5 miles, but we will probably walk nearer forty miles and we are splitting it into day walks using two cars. See BC's resumé   HERE

We anticipate some problems with pathless hill terrain on the next section, and access problems further on, but more of that as it happens.

Today we walked on pleasant paths, tracks and road and kept  pretty close to our straight line. We noticed that many stiles are in disrepair and often dangerous. 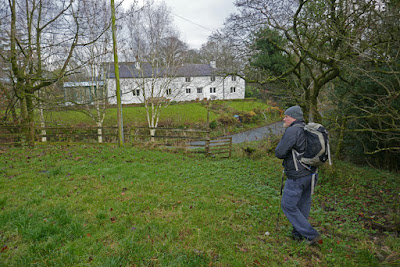 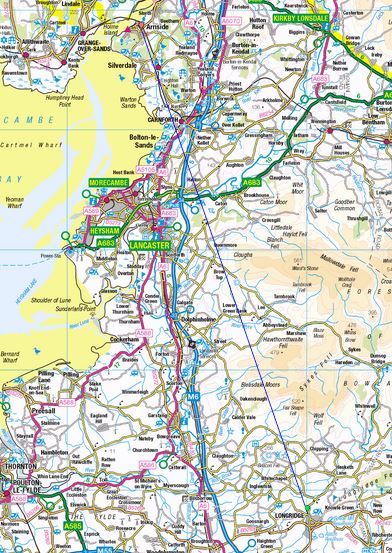