How often have you turned back on a walk? We trudged along south into a biting cold wind and gloomy overcast sky. We reminisced about previous more serious walks we had done together over the years. In particular Pete reminded me of an ascent of Great Whernside and Buckden Pike when he said it was the only time he could remember when I had uncharacteristically suggested turning back. On that occasion Pete pointed out that we were not far off the first summit and might as well carry on. Rain was lashing sideways and wind moving us bodily. We pressed on to the summit of Buckden Pike which is a wallowing quagmire the size of half a football pitch - one of the most unwelcoming summits I have ever visited. We descended to Buckden and had a miserable rain soaked plod back down the road to Kettlewell.

After half an hour today we turned north west on a more sheltered road with wind now more favourable, but we could see rain coming up behind. We usually walk an hour each way if it is linear, but today was more circular. When the rain arrived it was heavy and the decision to abort twenty minutes early was unequivocally mutual.

At the start we passed the potential climbing slabs adjacent to the road that I have mentioned before, and this time I took more detailed photos. We were walking in the same area where the bio and fox-trap notices were seen last week. Earlier we had come across more evidence of the desire to keep the public out: a pair of huge iron gates padlocked with something that looked as though it had come from  Harry Houdini's paraphernalia.

We were glad to get back to Cafe Ambio for cake and warming tea. 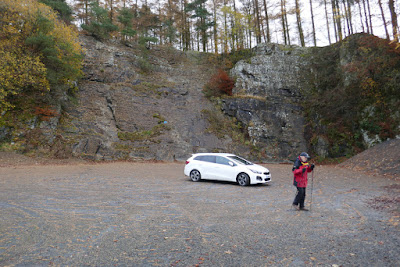 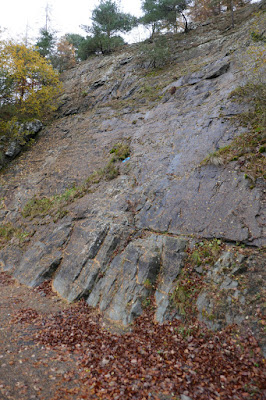 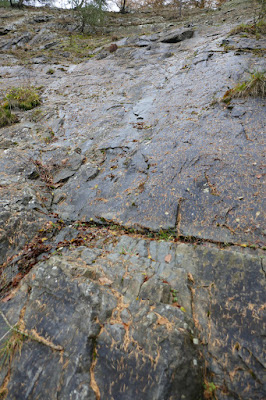 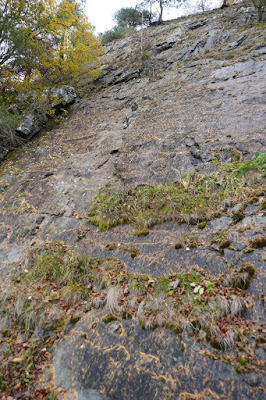 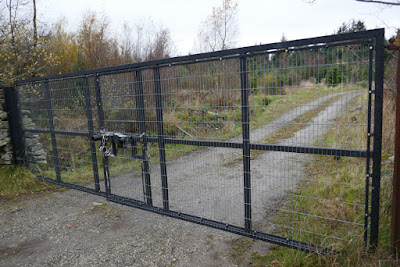 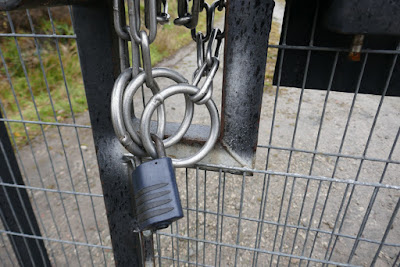 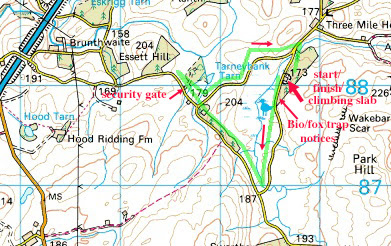