Wow! The Terra Nova had a real test last night with gale winds and heavy rain. Although I thought she may take off several times all remained intact and I was perfectly dry. This morning I crammed everything except the tent into my rucksack then tzrogged accross to the Camping and Caraven Club spotless, heated and roomy toilet. I then went back and grabbed the tent and packed everything in comfort.

I forgot to mention I had bought a four way charger before departure - I have the iPhone, the iPad and my camera to charge but in error had only brought one Apple lightning lead. I was pessimistic about buying another anywhere but in Bewdley a Teexaco filling station obliged.

Walking today has again be en on good paths and bridleways - the best of country walking. Most of the day I have been following the Worcestershire Way. All these long distance paths have their own logo way markers usually incorporating some kind of arrow so the onward direction csn be indicated. The W way has a silly pear - I suppose the stalk end could be turned to show direction but it never is. But the parts of the WWay i have walked have vindicated that small fault.

As I emerged into the centre of Bewdley I recognised where i had sat on the riverside at a cafė with a guy  walked with for an hour on the Macmillan Way, in glorious sunshine i may add. On the first day I crossed my LEJOG path where the Staffordshire Way crosses the canal. It now seems inevitable that previous routes will be crossed.

Wind  has continued with a vengeance all  day but thankfully no rain . I am now comfortable in The Dog Inn at Dunley - white air and fish pie to come shortly - pretty good. 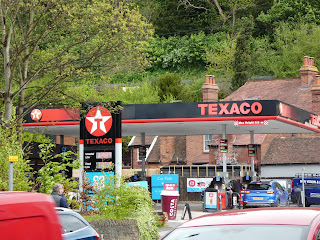 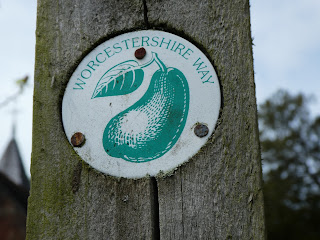 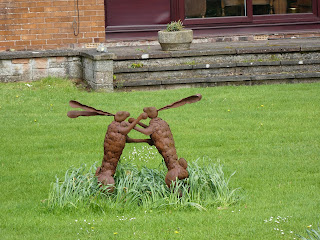