General Patton, The Six Ps: "Perfect Planning Prevents Piss Poor Performance" - that wansn’t me today. On arising I had no intention of going for a walk then made an impulsive decision at 10:00am to go for this one I had plotted earlier. I knew it was realistically too late for more than an hour's drive and a longish walk to get back home in time for a bath, meal and a comfortable evening.

Showers were forecast but the sun was shining. I set off from Bampton Grange at 11:20 - too late. A footpath  had me at the old Wesleyan chapel, and an iconic Lake District bridge over Haweswater beck. More footpaths climbed steadily with newly erected signposts at sensible positions and excellent stone stiles with huge slate through stones for the steps, apparently also recently constructed. At the top of the pass a circular shelter marked as "Cairn" on the map,  and  an enchanting little tarn, a pair of standing stones, and a view of the bottom end of Haweswater far down below provided interest and character with the ambience of a typical spring day. A good track descended gently to the footbridge marked on the 1:25 map. All was going well.

I had a fixed concept in my head of a steep climb out and I could see that straight ahead. I crossed the bridge as it started to spit with rain. I stopped to don my waterproof. The rain came heavier as I raced to get the waterproof from my rucksack before getting soaked. Mission accomplished, but there was resistance to picking up my rucksack The plastic buckle had lodged between the wooden sleepers of the bridge and  because, now suspended, it opened out at one hundred and eighty degrees to the strap like one of those  fixings for plasterboard. The rain was coming heavier. I fiddled to no avail. I found a stick to poke but it broke - the rain was heavier. I would need to search again for a better tool. To work properly, because I can't kneel, I would need to lie flat on the wet planking. There was no easy way it was coming out. The top pocket of my rucksack - Swiss Army Knife - strap cut, and off I went up my steep ascent now relieved to be moving again.

That was the hardest climb I've done for a long time and it went well but seemed to be taking too long. I had not consulted GPS/Memory Map on my phone since before the bridge and had been going for  forty minutes. As the path became easier I stopped - it was still raining. I consulted my GPS and found I was on the wrong path. I concluded that back-tracking was not an option, the solution being to yomp across pathless terrain crossing several steep valleys to get back on track. After ten minutes I stopped to re-navigate and found the rain was working like my finger on the screen activating the map continually increasing and decreasing the image making it difficult to navigate. Then the phone battery expired, I told myself to get a grip - things were getting serious. A further faff ensued getting the phone's waterproof cover from my sack along with my reserve battery pack desperately trying to protect everything from the rain. I carried on more methodically and although I knew it was going to be a tough haul to get back on track I seemed now to have more energy. The camera was stowed in the rucksack so no more photos taken.

Re-grouped I pressed on over much hard going of ups and downs. It seemed to take forever to get back to my original route to start the long descent on a wide track. Although I had made that mistake I had some satisfaction in knowing that I had been able to sort it and extricate myself from a tricky situation. Not far from the road the track forked. There was a wooden sign and I defy anybody to be certain about which fork its vital information was indicating: "Alternative path to avoid deep ford'" I tossed a coin and unknowingly chose the wrong path. Quarter of a mile further on I waded through, boots and all, water up to my knees and then another hundred yards and I was out onto tarmac. The last Liverpool game was won by the goalie scoring the winner, "The best goal I have ever scored" he said - Klopp said it was the best goal he had ever seen by a goalie. Well, the last two kilometres back to Bampton Grange were my longest two kilometres.

The church clock struck seven as I walked into Bampton Grange - I had taken just short of eight hours to walk about ten miles.

When I tried to get out of the car back home at turned eight pm I could hardly move through stiffness in legs and knees.

This morning as I write, I am pleased to say I am more or less back to normal. 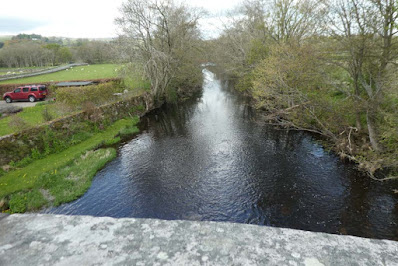 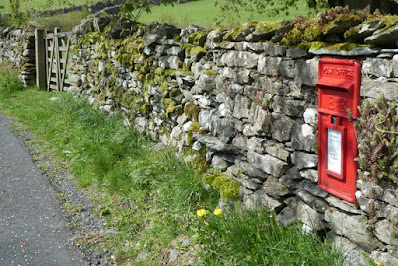 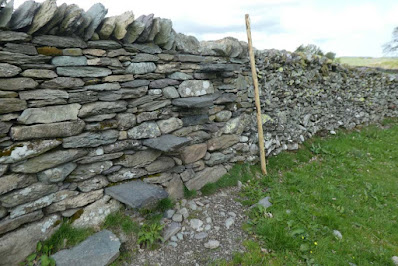 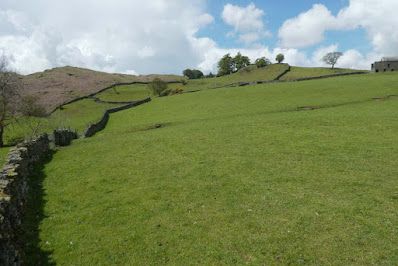 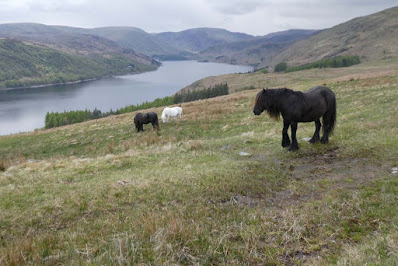