Contrast in photos taken was the striking feature  between The Languedoc and the Lowestoft to St Bees Head walks.
The French photos have a dreary khaki cast coupled with  boring uniformity. The English photos are rich in colour, with noticeable diversity of interest. This is partly because The Languedoc is a huge area similar in nature throughout, but in England one can walk through small contrasting areas quickly, and in particular I noticed  changes in what artists call “light” in different regions of England. Another fascination was the gradual change in regional accents.
The Languedoc covered mainly upland areas, and England was mainly a country walk.


I have tried below to illustrate the differences, but not really to my satisfaction. Perhaps it is something that is just in my head. 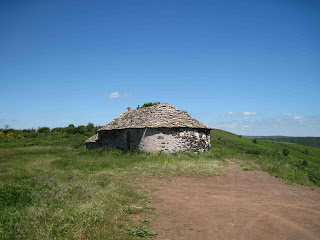 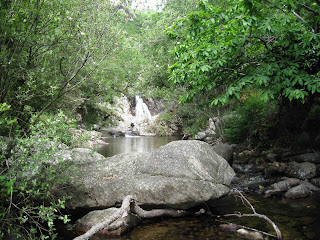 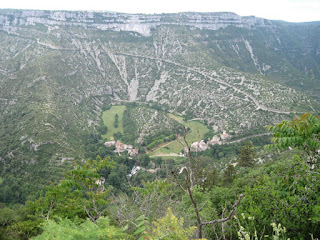 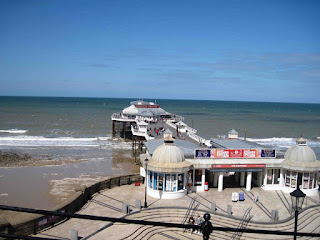 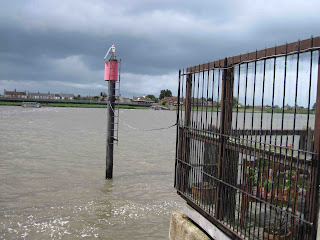 I was enlightened by traversing new areas  in England, impressing me with our good fortune in having such varied terrain. I think it is only on a prolonged walk that this can be fully appreciated. Following The Broads and the coast there was a strong connection with sea and water - I know it is an English cliché, but I do believe “we have the sea in our blood”; when sea and water were there I always had a powerful feeling of connection, and this was particularly so with the rivers and waters of The Broads.
The route I devised in England could not avoid a fair amount of Tarmac, but this was largely on minor roads. Public footpaths are nearly all indicated by signposts where they depart from roads, and are usually well defined and easy to follow, although sometimes overgrown, especially sections of The Teesside Way.
For shear variation of scenery and quality of walking I think one would be hard pressed to find a better route in England.
Understandably farmers grumble when walkers wander off footpaths in fields and farmyards, but why don’t they put up a few marker signs? This would save much irritation for all.
Blogging on the move was not too onerous. I found enough opportunities to charge Mili. Mili is a battery that iPhone slots into and charges from. Two advantages with this unit are : you retain the iPhone to use whilst charging progresses, and you are not leaving the iPhone as a theft temptation, and a greater loss for you if it went missing.
I could not be bothered taking separate photos on iPhone and camera, and posting photos was time consuming and fraught with complication. It is a marvel that we can blog on the move at all, but even with iPhone it is fiddly. The finger unintentionally touches the screen and things vanish and there is rarely a “back” facility. Typing is wonderfully easy, but correcting is not so. Getting the insertion point where you want it can be frustrating. Using BlogPress led to annoying losses, and I learnt to type posts in email, then copy and paste into BlogPress.
Vodafone coverage is generally poor. I think you can only use Internet with a 3G signal; when strong it is indicated in the bars area on the screen. I think you can be receiving some 3G signal without it being indicated. I posted for every day (but not necessarily on that day) which implies operation is viable, but I had to work hard to achieve this. There are many and large areas where there is no signal, and considering the cost of Vodafone’s package I reckon Vodafone are getting money under false pretenses.
Thanks to everyone who commented and showed interest in my exploits, this makes a huge difference when you are out there. I appreciate also no criticism (so far) about making oneself vulnerable by injury through walking alone!
Thanks also to the many interesting and kind, and some times not so kind, people I met along the way - these encounters are a large part of what makes these journeys worthwhile.
We are blessed with a rich and varied country, and of course I mean the whole of the UK, but you have to go out there and find it, preferably over sustained periods - most people have the ability to do this one way or another and I thoroughly recommend it.
Posted by Sir Hugh at Sunday, July 11, 2010