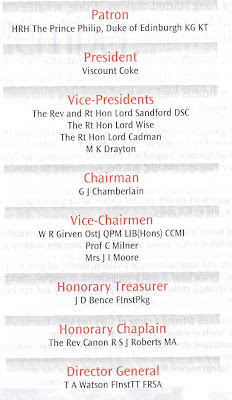 
The Caravan Club is almost part of the Establishment - see the patron and list of officers herewith.


The CC allow camping on some sites only.  I think this is something to do with licensing. CLs (certificated locations) are small sites run by both organisations permitting no more than 5 caravans. The clubs have been given the authority (by act of Parliament, I think) to grant and monitor licences to private people who wish to have a site on their land. Minimum requirements for caravan CLs are a drinking water supply and a chemical toilet disposal point . With the CC, because their CLs cater mainly for caravaners, who have their own chemical toilet a wc is often absent, and for that reason campers are rarely allowed. The C&CC however cater equally for campers and caravaners, and their CLs usually have a wc and tents are permitted.


The only way to pinpoint CLs is to join the club and look at their handbook and location system which is supported by an Ordnance Survey grid reference number.


CLs are a godsend to the backpacker being inexpensive, relatively secure and often located in places more likely to be close to a backpacker's route than  conventional campsites. In general CLs offer a higher degree of privacy and tranquility than commercial and club sites. Lack of facilities on CLs may be seen as a disadvantage by non-users and the converse by their devotees. They can often be set in idyllic surroundings, and if you know of a good one you keep that information to yourself.
Posted by Sir Hugh at Wednesday, November 03, 2010