Am I the only one with a list of unfinished projects? I still have left a final section of the OS straight line route I am doing with Bowland Climber. I also need to do the first part of the Dalesway from Ilkley to Bolton Bridge (only about five miles) and there is still the rest of the Cumbria Coastal Route from Drigg to Carlisle. Way back I never finished the Cumbria Way when my old Springer Barney went on strike when we made it to Borrowdale and we had to get the bus home. There have probably been others unfinished. But, the beauty of this coastal infill is knowing that I will never complete it - I am just using it as a tool for day walks (at the moment...) so there is no pressure.

Having said that I still want to walk the sections as reasonably close to the coastline as I can but I am finding that quite big diversions inland cannot be avoided. It seems there is a plan afoot for an England Coast Path  being organised by Natural England:

My first impression from the voluminous website is that efforts (as so often) are being concentrated in the south. For instance the only section from the Scottish border to the Welsh border on the west coast to be designated "English Coast Path and associated access rights now open" is a comparatively short stretch of about thirty miles from Silecroft to Whitehaven.  Linking up a credibly integrated total coast path is going to be a massive undertaking. I have not yet had time to look at the other regions but will shortly study them in more detail.

Of course there is a large amount of the coast furnished with paths, tracks and roads already and one can always make one's own way but it is hoped that more of the sections where access is presently denied will be negotiated for and more links made.

After my previous less than inspiring section today's was better. A good but very muddy path wandered across the saltmarsh with that lonely and mysterious atmosphere reminiscent of Magwitch's first appearance, and emphasised by dark clouds, strong wind, and the moody threat of rain - I was in my element.

Sambo's grave now seems to be enclosed by a fine stone built wall that I don't remember from my previous visit.
Sambo's grave is a memorial to a young, black slave who is thought to have arrived in 1736 at the port with his master.
He was born in Africa and taken first to the West Indies as a slave before being brought to Lancaster by his master.
He was taken ill and died near a local inn at Sunderland Point.
He was buried in an unmarked grave but in 1795 a schoolteacher - Rev Watson - raised money to erect a memorial to Sambo and penned the elegy on the grave.

Full sixty years the angry winter's wave
Has thundering dashed this bleak and barren shore
Since Sambo's head laid in this lonely grave
Lies still and ne'er will hear their turmoil more.
Full many a sandbird chirps upon the sod,
And many a moonlight elfin round him trips
Full many a summer's sunbeam warms the clod
And many a teeming cloud upon him drips.
But still he sleeps - till the awakening sounds,
Of the Archangel's trump new life impart,
Then the Great Judge his approbation founds,
Not on man's colour but his worth of heart.
Thanks to BBC archived article:  http://www.bbc.co.uk/lancashire/content/articles/2007/03/28/abolition_sambo_grave_feature.shtml
After that visit my route crossed to Sunderland Point which was a thriving slave port back in the 1700s. The scattering of dwellings reflects that period and it remains as a windswept, tidal abode for a few - there is much history if you care to search the Internet.
Sunderland Point is serviced by a public road from Overton. That road is subject to total tidal immersion and that was of some concern. I had looked at the tide tables and was pretty sure I would be safe and so I was, but it was quite evident that my concerns were well founded as I used the easy going to quicken my pace.

I followed the coast south of Overton to Bazil Point and then back to Overton and more waterlogged fields back to my car at Pott's Corner. Although only about half of this eight mile circular made progress on my coastal infill it had been a pleasant and interesting outing. 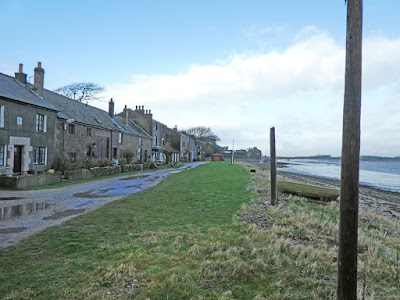 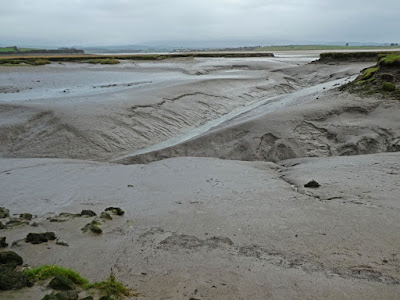 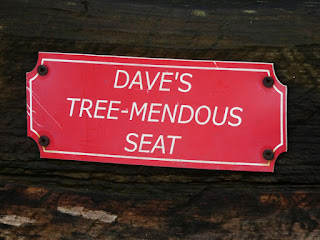