Looking at the map beforehand I anticipated quiet and not particularly interesting country lanes and a tad of disappointment at not being able to be nearer the sea without tramping down a main A road.

After a quick look at Cockerham church outside the village I followed a short stretch with a walk-way down the A588 then turned off down those lanes.

At recent visits to my friend "Gimmer" who comments here I have learned of his predilection for goat's milk. Well I was not far down the lane before I came accross The Cockerham Herd, a farm established for twenty years selling goat's meat. They have an interesting website which is worth a look and it is also quite persuasive about their product. I have no vested interest in this enterprise - I just found it notable and thought others may also. I will be interested to find what is served up for supper next time I visit Gimmer. 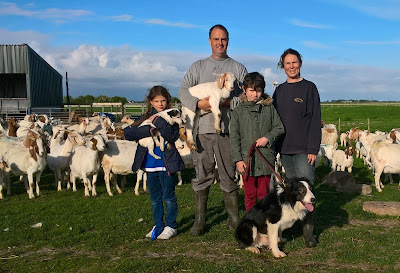 I hadn't gone much further before a lane branched off with a sign directing one to The Bay Flying Club - well one never knows when one may need a clandestine departure from the country.

Another mile further on and yet another new development by a five generations farming family:

Farm Yard Ales and a jolly website worth a look:

That brings me to an interesting point. I have speculated about the profusion of littered Lucozade bottles on the roadside recently, but all the way along these lanes were not Lucozade plastic but jettisoned Carlsberg Special Brew cans.  There were so many and at such relatively short intervals I could only deduce that there must be a regular alcoholic traveller along this road - that stuff is the go-to drink for dipsos. But if that was the case I would have expected the odd one of the cans to have landed in the same place as one of its predecessors?  Then again if the perpetrator was walking with a rucksack full of Special Brew an accomplished binge drinker may have discarded each one at those kind of intervals. But it could also have been a passing coach of hooligans all ditching their cans randomly? I hope there is no connection between all that and the enterprising Farm Yard Ales.

North of Pilling, and after taking a wrong turn putting on half a mile for the there and back I was onto the sea banking all the way to Knott-end-on-Sea. Storm Criac was  still going strong. I battled snugly through a high cross-wind with hat tightly jammed covered by my fully zipped up hood on my Paramo jacket and clad in my Rohan Barricade trousers. I enjoy being in harsh conditions when I have good gear. A hundred yards ahead of me several hundred Oystercatchers suddenly rose from the banking taking flight en-masse upwind over the sea in a massive cloud, then wheeling back to settle again on the banking another hundred yards down. That cycle was repeated half a dozen times as I continued in their direction. That was a magnificent sight and coupled with the earlier attractions this walk had produced much of interest and delight.

At Knott End I joined up with the Wyre Way walk I did in November 2016 which took me across the ferry to Fleetwood and round the Fylde to Rossall School where I hope to resume shortly.

I waited half an hour for a bus back to Cockerham and my car.

Worth clicking first photo to see rest as a slideshow, especially the oystercatchers 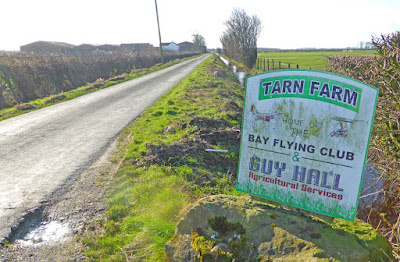 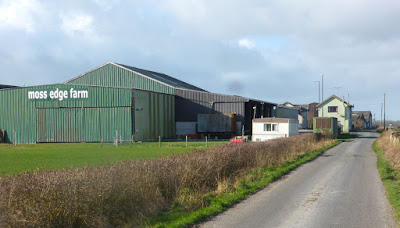 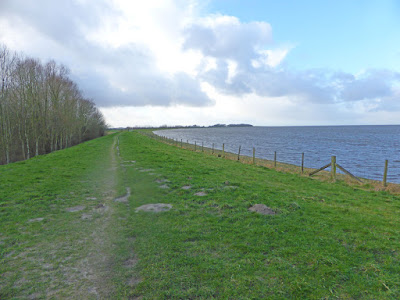