This part of the route demonstrates the difficulties of having a true English Coast Path. One can't avoid long detours inland round estuaries like the Ribble on this section where you have to walk all the way into Preston before you can cross, but there are no public rights of way that follow the river and so my route today seems to have no connection with coastal walking

My research lead me to believe that the 68 bus which would drop me off at the Lower Lane bus stop east of Freckleton where I finished last time would run from Preston Portal Park and Ride.

I parked and prepared to ride.

There was only one bus stop: the shuttle back to Preston Bus Station.

An onlooker advised me there was a Blackpool bus stop 400 yds. down the road. I walked there to find it wasn't for No. 68. I walked back and boarded the crowded shuttle to Preston Bus Station where I found the 68 and within ten minutes I was on my way. All this messing delayed my walking until  10:45 am.

A harassing kilometre had me back up the A 584 to find a muddy track heading north: Lund Way. A sign indicated that its establishment as a local path had input from the Women's Institute which seemed to be a similarly uncharacteristic project for them as posing naked for a calendar.

Lund Way became more and more muddy. At one point I left my trail shoe embedded, staggered as I tried to extricate then blundered shoe number two into embedment leaving me standing on the grass edge extricating both shoes with my walking poles - not such a good start especially after all the bus faffing, but I had to see the funny side and I had a bit of a laugh and was just glad nobody else appeared on the scene.

A better track lead to Newton with Scales, a village presumably suffering from an incurable complaint. From there a footpath which was really an intermittent marsh made for slow going and hopping from tussock to tussock. At one of the several awkward stiles I stepped off on the other side onto what appeared to be solid earth and went in again, but this was slurry not benign mud and I went in with both feet right up to my shins, but good news, this time I managed to overcome the suction but with much huffing and puffing without shoes detaching. Just when I thought I was leaving the nasty stuff behind when the path became a two foot wide lane with barbed wire on each side I found that despite it having been scythed there were still many brambles trying to snag and topple me. There were also several large storm broken branches across the path which had to be heaved off into the woods, and then a final full-scale double tree trunk that needed ingenuity to climb over.

I crossed the busy A583 and walked through Clifton to exit by a very minor country lane which sported a "Road closed" sign, but I've seen many of those and pressed on. After half a kilometre the road dipped to a brook where the road was blocked by a lorry and behind that an excavator and a portacabin. I took a zoom shot from distance being aware that photography may not be welcome. I walked past the excavator and the road under repair and two chaps were lolling in the doorway of the portacabin. Despite the fact that my walk through presented no more difficulty than walking anywhere one of these chaps started telling me off saying I shouldn't have walked through "a building site" and that it was "dangerous" and some more. I was a bit flippant and said "well this is the only way I can go and I'm not going back so hard luck" and I marched on. I am normally more diplomatic than that but these guys were so petty when we could just as easily have had a pleasant chat.

At the point when I would leave this lane for another footpath a couple of old tractors were on display. One was the iconic grey Fordson which revolutionised the use of machinery with tractors (forgotten the model), but the other was I believe much rarer - see photo. My camera translated all the bright orange paintwork on the surfaces caught by the sun into a vivid yellow that just wasn't as my eyes were seeing it. I have tried since in Photoshop to correct the colour but gave up as a bad job.

There was a notice about footpath closure on a whole sheet of A4 tightly scripted in legalese and practically unintelligible for anybody without a law degree, but I gathered the footpath was closed. I ignored that and proceeded. Some new fencing blocked the path after a couple of hundred yards, but I was able to climb over and and cross some recently excavated earthwork then down to Preston Golf Course, through Ashton. I met a woman dog walker with a young Labrador and I tried to make friends (with the Labrador!) but he was very wary and I was told that it was because of my rucksack - normally these fatuous statements annoy me, but she was good humoured and pleasant and certainly not accusatory as some are. The Larches Estate proved to be a decent residential area contrasting with its dire reputation from my memories of living in Preston over twenty years ago; I think nearly all the houses are now privately owned. I skirted south of Ashton Park. A pleasant finish alongside Preston Dock had me back at my car at Preston Portway Park and Ride. I suspect my account sounds as though this walk was tiresome, but what matters is one's mood at the time and all in all I had enjoyed myself. I'm looking forward to getting south of the Ribble now and hoping this damned Coronavirus doesn't put the block on everything for what for me seems a long awaited summer. 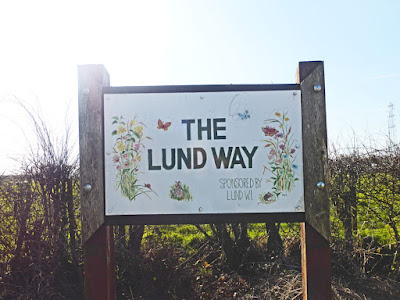 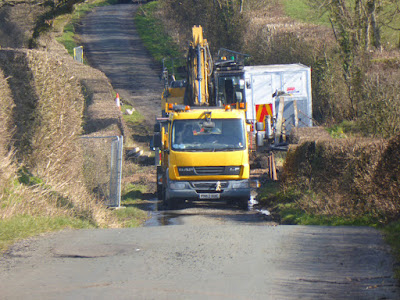 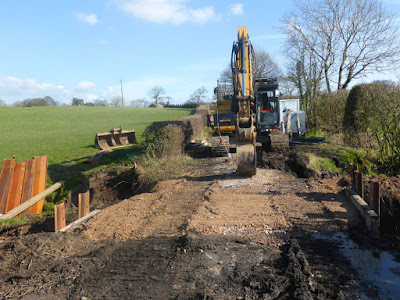 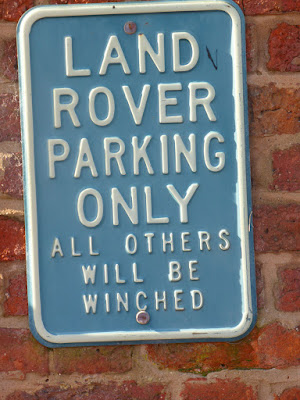