Only four degrees as I drove to Sedbergh but it became much warmer later on.

This route followed the same paths as my previous post here from a week ago to just beyond Hebblethwaite Hall but then headed further north to follow Whinny Gill eventually morphing into Nor Gill where paths on the OS map mysteriously end at indeterminate points.

At the scattered farm buildings a farmer's wife was busy outside one of the houses on my right and we chatted confirming that this is actually Hebblethwaite Hall, albeit somewhat modest to have the title of a hall.

I pressed on in bright sunshine and cloudless sky with ever improving views of the Howgills  to my left and eventually getting closer to the rim of Whinny Gill. I stood at the top looking down then switching gaze to the higher route above and debated whether to descend to explore the now much narrower gill. There is a sort of romantic notion about the thought of exploring a gill but from experience I know it is not all that entertaining unless you go with that as your prime intention being prepared to wade through the water, but when you are hopping from side to side alternating between slippery rocks and reed beds with unidentifiable gloop below and trying to keep your feet dry it can be tiresome. Whatever, I descended and followed the gill for quite a long way before climbing out onto the tops again. Photography was challenged trying to make sense of the brightly lit fellside and the darkness of the gill's depths.

Where the paths end on the map I traversed rough but relatively easy moorland to pick up the more northerly paths to return to the main road north of my starting point. A few hundred yards down the road a pubic footpath was indicated going through Cross Hall Farm. There was no sign from the road and as so often one feels wary walking through the middle of complex farmyards. The farmer's wife appeared and I politely asked if I was on the path and she curtly said I was. I walked on but was faced with several different gates as I was being followed by Mrs. Farmer whose husband had now appeared. They pointed vaguely in the direction of a couple of gates and then corrected me with some slight indication of irritation. I suggested  a couple of footpath signs would help but the farmer just shrugged. I descended through another gate into their caravan site and had to find a not obvious route round the back of caravans to find a hidden footbridge - the joys of country walking.

More pleasant field walking had me back at the hall and back out by my outward route to the car. 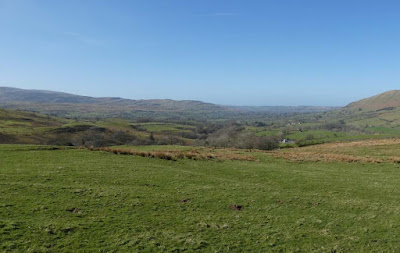 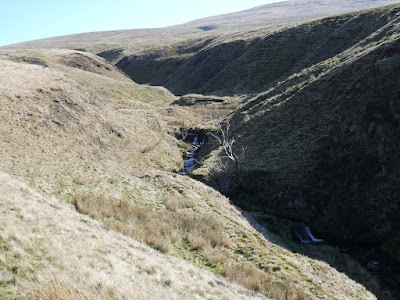 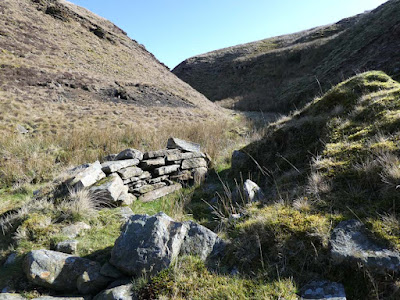 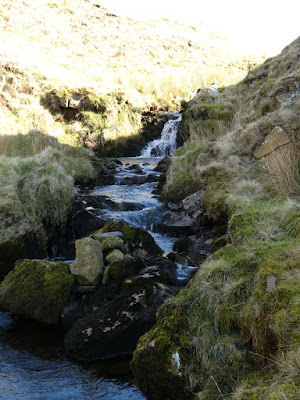 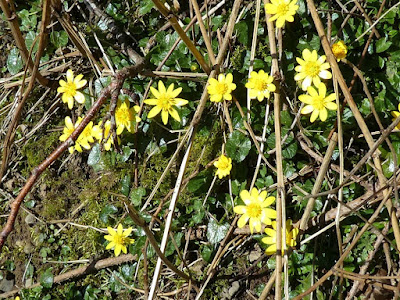