After using two cars to get to Denholme Gate we decided that was no longer practical and  the walk could be finished in two days with one overnight and using public transport.

BC is the master of such logistics but I thought he may be tested with this, especially in view of the recent collapse of the rail sytem and the introduction of new timetables. I should not have doubted.

I drove to BC's house for 7:30 am on Friday. He drove us into Preston. We left the car on the multi storey adjacent to the station. A short walk and a few minutes later we boarded via the Northern Line train, they are the ones who have defaulted most with the recent rail drama, but surprisingly they were on time, or so we were informed. Once boarded a unique announcement told us the train toilet was broken so the train would be delayed by five minute toilet breaks at two stations between Preston and Halifax - BC's planning was now in jeopardy.

We had a fair uphill walk from the station in Halifax to a bus stop remote from the bus station, but despite time lost through the non-doing toilet, we were straight onto a bus to take us to Denholme Gate, and we were off walking by 11:00am.

Pleasant lanes and friendly fields took us to Thornton. The myths of industrial West Riding sprawl were dismantled with pleasant paths, often contouring and looking down into valleys through lush countryside and hardly a sound from roads and traffic. When I was married in 1970 we bought our first house, brand new, in Thornton for £3,500! Houses in Thornton are stone built and mostly dating back over a hundred years and more, providing  distinctive character and architecture. We found the house where the Bronte children were born which is now Emily's Coffee Shop where we stopped for a somewhat inferior coffee. The house is supposedly preserved much as it was in the Bronte's days. There were two elderly ladies talking at a nearby table with robust Yorkshire (Bradford) accents, at one point having an unlikely discussion about their respective email addresses - they easily outclassed Alan Bennett's Talking Heads. It is surprising that Thornton has not made more of its tourist potential, especially with the Bronte connection, but it is none the worse for that, virtually unchanged from the eighteenth century, and certainly worth a visit.

Our next Bradford suburb was Clayton involving our longest climb of the day, but views and countryside were always rewarding including a distant hazy sighting of the famous Lister's Mill chimney.

We passed through Shelf and then Norwood Green. I was born in Bradford and lived there until I was thirty and my memories are of a dour and oppressive environment, but all these suburb villages seem to have been revitalised, Norwood Green is an especially attractive residential village, again with old stone built cottages and larger, probably ex mill owners' houses.

Our day's walk ended at the not so attractive Bailiff Bridge where we hopped on a bus within a few minutes to take us a couple of miles into Brighouse where BC had booked us in at the Waterfront Hotel which proved to be satisfactory and friendly with a good, busy, typically atmospheric Italian restaurant.

That had been a splendid day's walking and a tribute to BC's organisational skills with public transport et al. 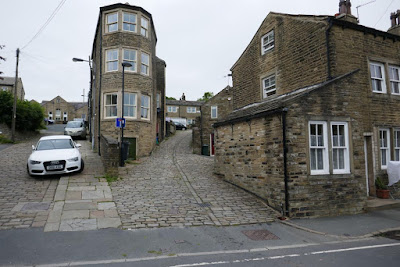 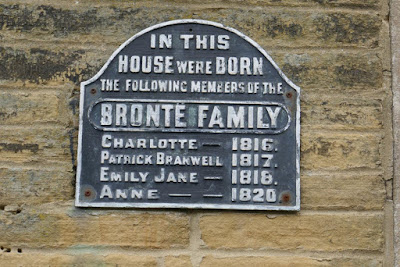 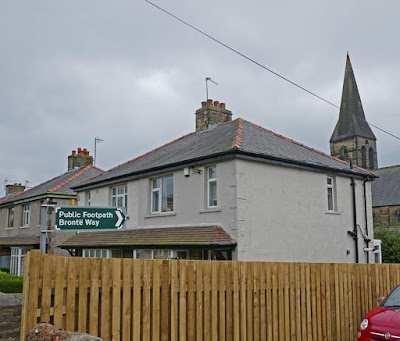 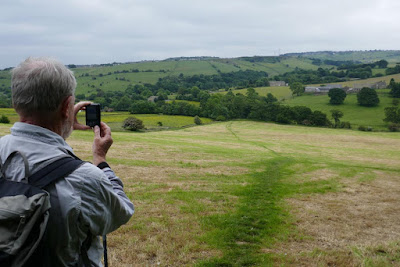 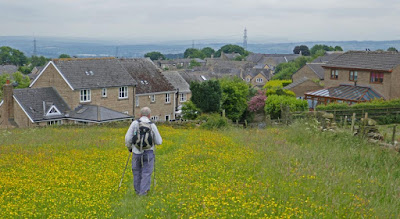 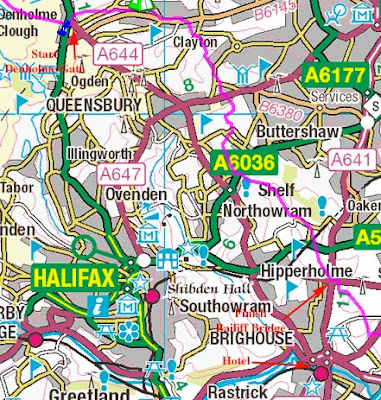