After moving to Arnside eighteen years ago I enthusiastically explored on foot and by car including a drive down Paradise Lane: over a mile of single track, deeply set between high hedges, grass growing in the middle and only about three iffy passing places, which even if used would risk hawthorn scratches down the car. I vowed never to put myself under that stress of meeting another vehicle on Paradise Lane again. At my age I am a reluctant reverser, I don't trust the gimmick camera, and turning my head is like turning a cross threaded nut. But as my teacher-daughter tells me there is some good in,...well in her case: "all children."

As I scan the map for increasingly obscure new venues to suit our Thursday walks, that is tarmac if possible, and only gentle undulation, and hopefully no traffic, I find the Mac's cursor fancied Paradise Lane - ideal!

At the start,  a modern cast iron sign said we were at the old boundary between  Heversham and Beetham going back to the 1700s - the modern sign seemed to be competing with the extant nearby 1820 cast iron boundary marker which was still in pristine condition after two hundred years, albeit almost buried in the long grass - wow!

The modern sign also boasted of the high hedges with a wide variety of trees and shrubs proving apparently that the lane dates back to the  Middle Ages. Alighting from the car there was a cool breeze, enough for us to don windproof gear, but once in the sunken lane we were protected, but if we stopped, as one does to emphasise a point in one's conversation, horse flies were on the attack.

My expectant prediction of nil traffic was short lived - this was a there and back walk and on Paradise Lane alone we encountered at least three vehicles in each direction - some considerate, and some gung-ho, but forcing us to tiptoe onto the grass and press against the hedge to avoid being scythed by wing mirrors.

The other lanes were not much better in that respect and on one occasion we were nearly ploughed under by a fast moving tractor which showed no indication of slowing to let us re-group ourselves into the side; I suppose ploughing was it's vocation.

There were photo opportunities along the way, and although I have made this sound like The Wall of Death the bits in between provided interesting and attractive country walking. 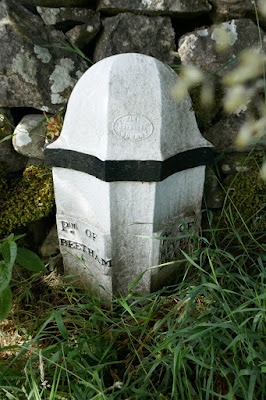 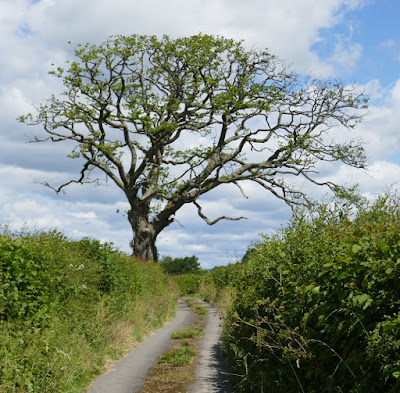 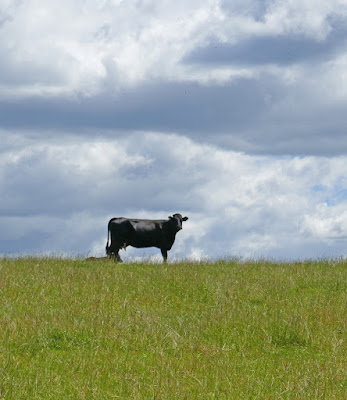 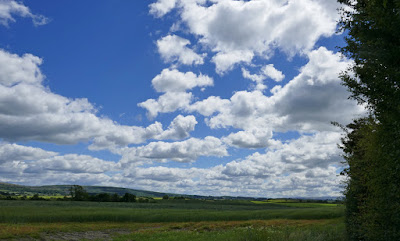 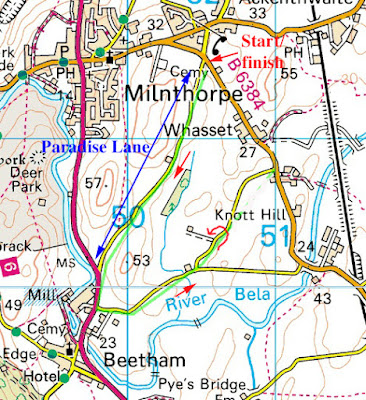