Having now walked this cycleway from Caton and through Lancaster we felt obliged to backtrack from Conder Green to our last finishing point which was not accessible by car. It remains to be seen how far we can pursue this project.

During my boat building period I was keen to build one of the smaller Wharram catamarans. James Wharram is a designer of catamarans which have become a kind of cult surrounding theories about Polynesian sailing achievements and the like - he is still batting at 91 - see Wikipedia:

Wharram sells the plans for home build using simple plywood and epoxy methods well within the abilities of the relatively inexperienced for the smaller versions. Where we parked at Conder Green a large Wharram was sitting there on the grass looking dilapidated and forlorn. I wonder how they get these boats into navigable water from these estuarine locations - the river Conder flows past here but it would not be easy to get this big boat down to the sea proper.

We trekked the one kilometre to our previous finishing point then returned and carried on south over the River Conder bridge from where we watched a lady with a couple of dogs having great fun in the fast flowing water below.

There was another decent sized two masted yacht stranded at a crazy angle with its twin bilge keels embedded in the mud on banking high above the small channel below. We thought it may have drifted there by accident - it didn't look like a mooring where a responsible owner would have wanted to leave it.

Our time limit was up as we arrived at the outskirts of Glasson Dock village, but we were alongside a road with a convenient carpark opposite for our resumption of the next section.

Close to the aforementioned Wharram I noticed a memorial plaque to Christine Ann Dawson but Internet searching revealed nothing despite this being a more prominent and larger memorial than usual - one wonders. 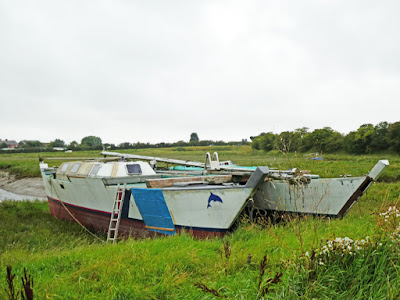 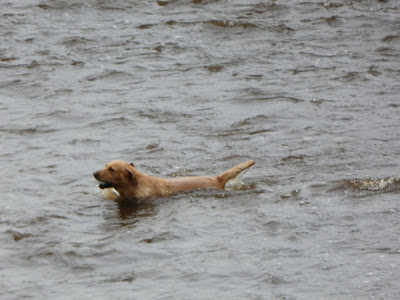 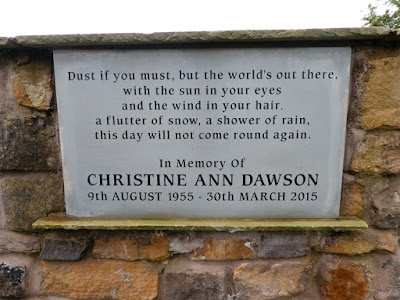 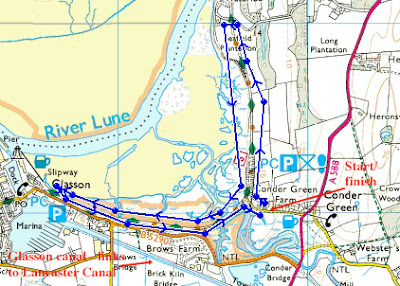