This has been a scattered campaign spread over a number of years, but now coming to a conclusion. These are the last ones of fifty excepting two that are on the Warcop military firing range:


For those research to establish non-firing days will be needed. That will have to wait until some time in October I think.

I say that because I have just booked all nights and rail journeys too and from for a seven day backpack starting on Monday 16th September - more of that later.

Today my plan was to walk up Crookdale off the A6 north of Kendal after collecting my iPad mini which was having a new screen fitted in Kendal, but good weather and a change of mind redirected me.

I had previously seen a small lay-by at a telephone box providing parking for Harter Fell - a farm road used by the Pennine Way which I walked in 1986 seemed familiar - I thought it was leading to Hannah Hauxwell's farm. Hannah was an elderly widow farmer "discovered" by a TV producer who produced a documentary in 1972 describing Hannah's harsh life with no electricity or proper heating leading to fame and fortune, a trip to America and a book. I had also "discovered" Hannah on my PW walk but only found out the backstory afterwards. Hannah was heaving bails of hay around in her barn where she had me sit down while she went to fetch refreshment - it was an intensely hot day - she was the personification of kindness. There is much more if you search on the Internet.

The farmer was rounding up his sheep to doctor them. He agreed that the approach to his farm was similar to Hannah's but that was back further south on the PW only a few hundred yards from where I parked my car to climb Brown Rigg Moss from Baldersdale on 23rd July this year - Click for link to post

So much for my memory.

Again I was heartened by the pleasant unspoilt nature and elevated views on this re-acquaintance with another section of the PW.

The bronze mounting insert on the trig was filled in with something that looked like fine tarmac - strange. Lying in some rocks nearby were two small teddies, lost or left on purpose? I know not. Trig points seem to spawn mysteries.

A short drive took me to a gate on a single track road where, serendipitously I was able to park perilously without going through the gate and after making a ten point turn in the narrow road.

I had to climb a dry stone wall and then two more on my chosen, supposedly easier return route. Cheese and tomato sandwiches cake and coffee were taken at the trig. 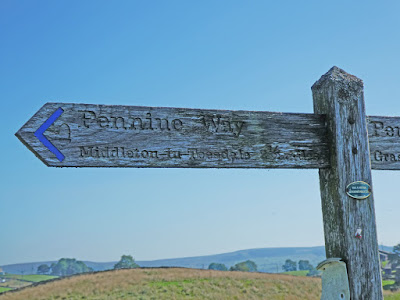 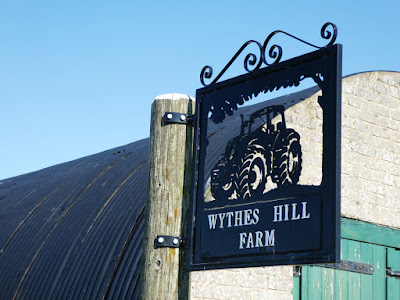 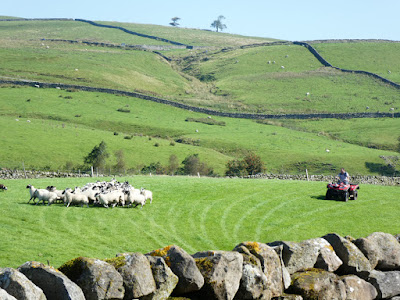