Family commitment had me driving son W to work in Morecambe for 8:30 am then calling in Carnforth to have new tyres fitted, and then to Milnthorpe for two shopping chores, and so back home for 11:00 am. I decided to fill in more of my un-walked sections of England's coast. That meant driving back to Morecambe and then further south to Heysham to start walking at 11:45 am.

Double yellow lines prevail in Heysham; they compensate by having a carpark the size of two football fields where I parked (ten hours for £1.40.) That is reasonable compared with parking in the Lake District where you could pay up to £16 or more if you were using the two car method for a linear walk. I was the only car parked on that huge space.

St. Peter's Church stands well above the sea with  extensive views from the large graveyard across Morecambe Bay to Warton Crag, Arnside Knott and Humphrey Head. Wikipedia tells me there has been a church there from the 7th or 8th century, and the proud, isolated, windswept location gave me a palpable impression, more than usual, of antiquity and mediaeval doings.

Higher above the church on another promontory the remains of St. Patrick's Chapel also look out over the bay. Here there are stone coffins cut into the rock . The adjacent notice ponders on their use as archaeologists are wont to do. It amuses me when they unearth a minute piece of pottery and inform us that this was part of a huge fancy shaped vessel, and then go on to hypothesise that it belonged to someone of "high status" followed by even more speculation that a bakery existed on the site based on the finding of single seed of wheat. They then unequivocally date a piece of pot because it has a ziz-zag pattern "...that wasn't used until the 8th century..." Well who's to say that some rebel potter couldn't have applied such a pattern before that date?

As I trudged back I started slipping on the muddy downhill path in that fashion where to avoid falling one has to keep going, but faster, until firmer ground is reached - thereby this walk might have ended. Onlookers approaching showed concern - I know I am aged but I don't feel it, but encounters like this make me realise how others see me, presumably as another of the increasing number of pensioners trying to relive their youth.

I was now looking at Heysham Power Station. There is no way forward anywhere near the coast.  A long inland diversion by road and Middleton village is unavoidable. Don't be fooled by Money Close Lane marked on the OS 1:25 map - there is no way through. See Ruth Coastal Walker post from October 2016:

Ruth is well known to me and her intermittent trek round the coast has now got her into north west Scotland.

As I am not intending to complete or claim a total pure navigation of England's coast I am quite content to include stretches where I have diverged somewhat from that objective on previous walks.

Dreary road walking which has to be done followed - it didn't even have the attraction of new territory because although I have not actually walked this section before I have passed through by car and it is all uninterestingly familiar.

After skirting Middleton a quieter lane leads to the sea and road's end at Potts' Corner as marked on the map. I surveyed the way ahead for when I resume, hopefully on paths more akin to country walking.

I set off back  and was shortly passed by a service bus heading to the road end. I deduced it would have to return soon. I kept a look out. Sure enough it trundled towards me along a straight stretch of road but deigned to stop as I tried to flag it down.

Back at the two football field carpark my sole occupancy had been increased by one - another car had parked close alongside me. Fortunately it was not quite stopping me opening my car door fully. I wonder what goes on in other people's heads? I suppose others may wonder the same about me - ah well, this had been a good eight mile exercise, but not much remarkable as a walk.

As an afterthought I think my post demonstrates that there are at least some things going on inside my head and that makes it difficult to comprehend that there are people out there who have absolutely nothing going on. 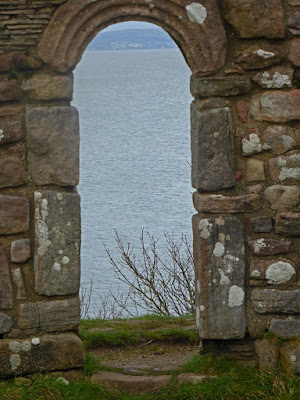 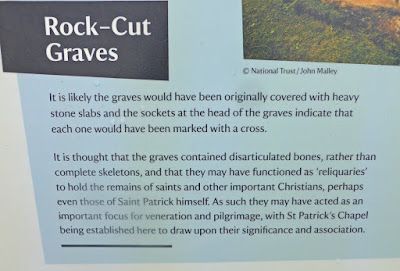 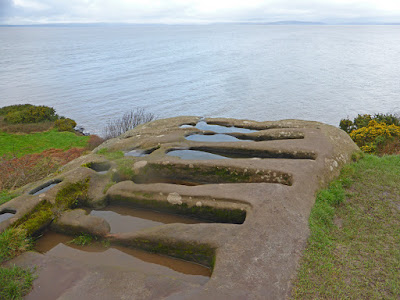