Northwich to Winterley - OS grid SJ 747 570: -Wednesday, August 1st, about 15 miles.
Serve yourself breakfast had me off to a good start at 7:45. The Air b snd b had been excellent.
Walking down the Weaver Way in sunshine and shadow with the occasional cool breeze seemed to have a special invigorating ambience, and as far as Winsford the best walking so far; there was a unique kind of bright clear light. Huge piles of salt were evident accross the water - Northwich is renowned for its salt mines.
At one point I met two teenage girls coming towards me. The first had just passed a malevolent swan guarding a brood of chicks right on the pathway. Girl umber wo was all of a dither not daring to pass. I blundered ahead waving my poles, not as brave as I might have appeared, and the swan sat it's ground hissing and making threatening gestures. I then had the pleasure of watching the second girl psyche herself up to go for it, and that she eventually did in a flurry of waving arms and legs and girly shrieks - all Google fun
At Winsford i surfaced from the river track and found Morrison's café where i took on food and tea and bought another bottle of Fanta.
I left the Weaver after that heading accross country and from there on the day went downhill. There was a stretch on the canal with no structured path, just hard knobbly, ankle twisting grass. I then had a treaturess kilometre on a very busy major road with no walkway. Branching off i was on the long distance path Crewe and Nantwich Circular Walk. I missed a stile and plodded half a kilometre accross an appallingly cow trodden field and had to return - these fields are so bone dry with hard lumps and cow-foot-plug holes walking is desperately awkward. I think that was the point when i realised i was no longer enjoying myself. Back on the proper LDP i  mounted what was the first of over a dozen  stiles all clones of each other, and many of these were doubles (over one, and in two yards over another.) they were cleverly designed to require my knees to bend more than i wanted and i struggled hard with them all, and the intervening fields were similar to the aforementioned. There was sbout two kilometres of this stuff. I arrived at a turning point in the path and took stock. I was well and truly weary, it was 4:30 and there was still another four miles of similar stuff to go. I realised i had underestimated the distance and it would mean a late arrival compromising time for sorting and eating. The resident farming gent came by with two aged yellow Labradors and he sympathised with me and suggested walking out to the road and the Coach and Horses to ring for a taxi. On all my walks I have never given in and always walked all the distance, but now I succumbed.
It is one of those facts of life that after deliberating long and hard to spend your money the potential recipients don't seem as eager to accept as you are to part. We rang over half a dozen taxi firms and none could oblige. I then rang my host, Laura. It turned out she is not resident at the Air b snd b but after toing and froiing with texts and phone ( I only had one bar on EE and kept losing signal) Laura managed to ask a friend in Winterley to come snd pick me up. I would have tried to hitch-hike but the route was do convoluted it would hardly have been possible.
I had a hurried shower and set off to walk about half a mile to the pub which i was given to understand provided food  it didn't!
I walked back and went to the Swan Lake Chinese restaurant which turned out to be a good choice run by an enterprising young man who already has a degree and is now embarking on studies for medicine.
Back at the b snd b I decided to have a rest day. I spent ages on-line rearranging the date in my already booked Air b snd b for the next night, and booking this further day here where I am now typing next morning before walking 0.8 miles to th Coop to get some food. There is no breakfast here and Laura's resident house minder William is off to work and I am left in sole charge for the day. 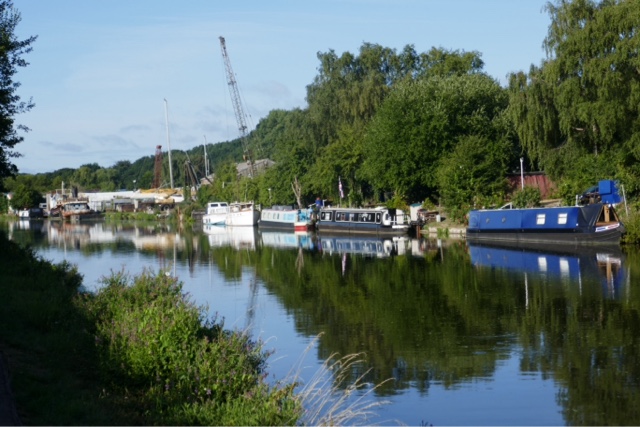 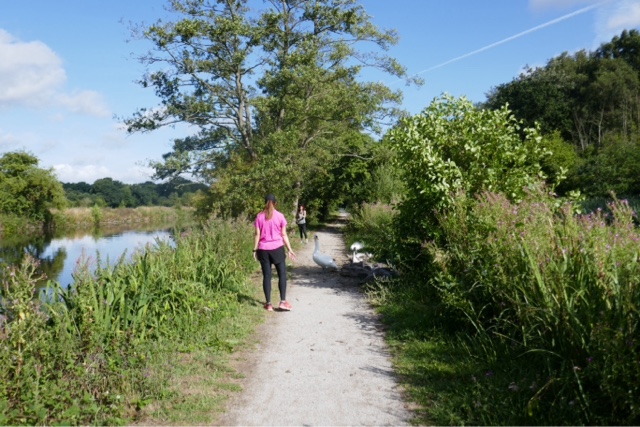 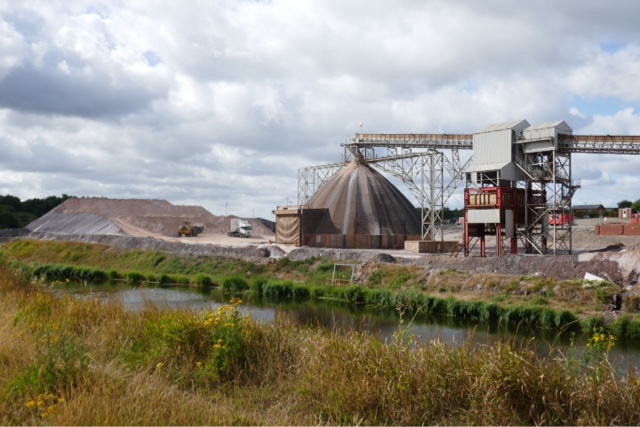