Mill Side and Strava

We returned to do a variation on last week's walk around Mill Side and Witherslack. I mentioned previously sbout hsving the Strava app recommended to me and I had another go with it.

Strava measured at 4.4 miles. Back home I measured carefully with Memory Map on OS 1:25000 which gave 4.04 miles. That is an 8.9%  increase. I am reasonably confident, from years of experience that MM gives a pretty accurate result
Below is a much enlarged shot of part of our there and back route that Strava plotted so you see two intertwined  routes caused I suppose, by our deviations from one side of the road to the other. BUT some of those lines go well off the road into surrounding countryside which we certainly didn’t do. At the end of the walk Strava has also plotted a long straight line into the countryside from our stopping point which is inexplicable. The only reason I can think of for the other exaggerated diversions is the fluctuating measure of accuracy from GPS. Whatever the reasons I suggest you would be living in Fools Paradise if you were seriously/competitively comparing your times against established records or the times of others using different technology to measure their performance. 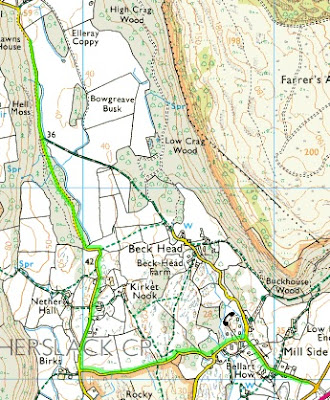 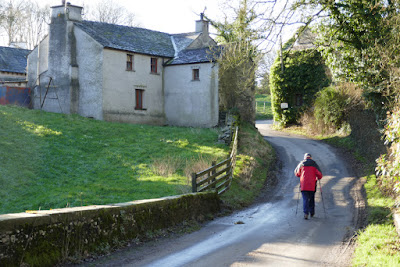 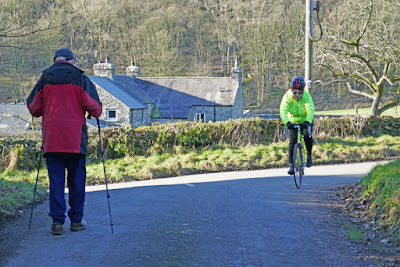 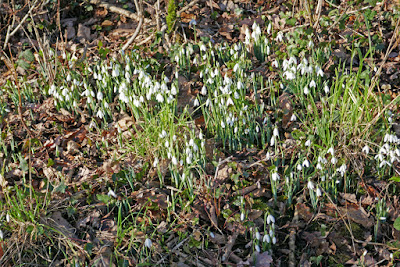 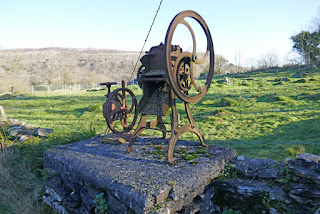