A new project is underway with my friend Bowland Climber. We have identified the OS northing line 38 which goes from North Shore Blackpool to East Newton (TA 268 378) on the east coast.

We are not too sure whether we will ever complete it but we have made a start.

Two cars were left at Singleton. and with BC's command of bus timetables and the like we were on a bus into Blackpool just after 9:30 (after the 9:0am deadline for bus pass use).

Ten minutes walking in blustery wind had us on the front at North Shore. I recently had an Internet blur moment (click to buy with one click) and bought a new Tilley hat. It was undergoing its first trial. Within minutes it had blown off resulting in what might have been the record for shortest time for new hat ownership, but retrieval was happily achieved. I will now need to sort out the complicated tightening and double chin strap system - for today it was stuffed into my rucksack and replaced by a serendipitously carried beanie.

We walked past depressing down market guest houses poignantly matching the mood of the dismal windy weather.

Further on we were having slight navigation problems walking through second rate industrial estates until we eventually emerged onto a short bit of footpath. That initially ran alongside a housing estate with a drainage stream between our path and the houses. The residents had used the ditch as a rubbish dump chucking mattresses and broken furniture and all kinds of other rubbish over their own garden fences - what a mess,  and how anybody could create such unpleasantness actually adjacent to their own home I can't comprehend.

Whilst crossing the hinterland between Blackpool and Poulton we met a dog walker with two German Shepherd type dogs - they were both rescue animals, one had cigarette burns on it when he went to take it over. He was a pleasant guy.

The housing quality kept improving as we came into the suburbs of Poulton-le-Fylde. As we were rounding a residential street corner on a footpath with a blind bend to the right I discovered a new way of getting an offer of a tea brew - take note from hereon Gayle and Mick. I stepped off the kerb whilst trying to see round the corner for oncoming traffic and went full length onto the road banging and slightly cutting my head, spraining my thumb, and knocking a lens out of my glasses.

Football fans who have absorbed the clandestine procedure for "diving" without self injury may be able to put this technique to good use?

We were immediately surrounded by helpers and a young couple who lived in the house on the corner were just driving in through their massive security gates in their large four-by-four and insisted we should go into their garden and sit down and be plied with tea. As it happened we had just been looking for somewhere to stop for lunch so there we were in comfortable chairs lunching sway.

Thanks to the kindness of my rescuers.

We had bit more track and footpath after this to get back to our cars at Singleton. I stopped taking photos after the fall. 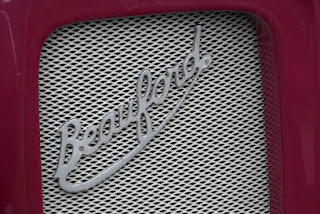 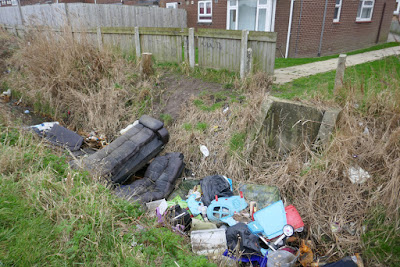