Wednesday 14th October 2020
Yet another new walking project on top of several uncompleted. At one time that would have been an irritation but as years advance I believe it is more important to be honest and do the things you know you want to rather than feel guilty about the unfinished ones -  that is of course providing your actions do not infringe on others.
Visiting all the trig points on a particular edition of the Ordnance Survey map is a particular pleasure for me. I think that arises from the variety of locations; some are next to a road and others significant distances over pathless moorland. You can only glean so much by looking at the map so there are often surprises, and then some are on private land demanding either research and diplomacy or outright trespassing all of which appeal to me but may not to others. By their raison d'être trig points will nearly always provide a fine view (depending on the weather.)
I carefully plotted the unusually large number (seventy-five) on this map* and found I had already visited eight of them. With limited time today an hours drive had me mopping up three trigs on the south-western corner of the map.
I originally plotted on OS 1:50 then found that some had different names on the 1:25 and in any case I have had to invent names based on nearby features where no exact name is shown on the map.
Pike Lowe - 222m. SD 625 221
This was a half mile each way on a farm track which followed the Lancashire Way for a short distance before peeling off to climb north through an elaborate metal gate. Doubling back off the track to the north further on I climbed a locked gate onto land with a covered reservoir atop a field of long wet grass. The reservoir was protected by two sets of very high and well constructed fencing more akin to something at Porton Down. The two fences were then bounded by a substantial drystone wall. OS told me my trig nestled close to that wall. I stood on the spot with my GPS covering the trig symbol on the map but there was no trig. I found a piece of concrete embedded and nearly invisible in the grass which I guess is all that is left. I am not sure why, or on whose decision, some trigs are being removed. It seems a shame; they are part of our heritage and a tribute to what I think are amongst the finest map makers ever.
Walking back I was rewarded with extensive views into the valley across to Blackburn and Darwen with its famous tower above resembling a toy-town spaceship: my next but one objective. I spotted a lone figure a distance away combing a field with his metal detector and took a zoom shot. I bet those guys tire of people asking them if they have found anything. I sensed a touch of envy. I have a metal detector unused never having gone to the faff of getting permission to go on somebody's land but it is something I wouldn't mind having a go at.
Earcroft - 218m. SD 672 247 (1:50) - Spout house Farm (1:25)
A ten minute drive and a convenient lay-by had me parked within two hundred yards of this one. A stile from the road onto a public footpath and half a field of gloopy cow trodden mud and another stile and I was getting the best view ever of Blackburn Rovers stadium - perhaps it is named after a sponsor, I don't know? I presume when that is the case and sponsors change there has to be as lot of messing about changing the name again? The mysteries of football...
Darwen Hill - 372n. - SD 678 216
A hazardous drive down to, and through Darwen followed - a right turn to cross a crazy-busy main road, multi-lanes when I was not sure which to be in, and then through quiet suburbia to a free car park for the ascent of the popular Darwen JubileeTower. There was just one space left.
A pleasant lane climbed steeply through trees then opened onto hillside with the track badly eroded by running water which had defeated cobbled engineered drainage crossing the track. I saw perhaps twenty people coming and going.
The spread of man’s impact on the land was starkly seen from on high with the vast industrial and residential spread of conjoined Blackburn, Darwen, Oswaldtwistle and Accrington. All that in a vast shallow bowl then surrounded by faint distant hills in all directions. The sun was shining and the atmosphere clear, the latter I suspect enhanced by minimal air traffic pollution.
I climbed the spiral staircase of the Jubilee (Victoria) Tower and had an even better view. The dome at the top had been replaced in 2010 after its predecessor had been blown adrift in high wind. The new stainless steel construction had been made by apprentices from a local engineering firm. Despite the hard nature of stainless hundreds of Kilroy and the “I was here” brigade had managed to scribe initials and the like over every square inch. Later comers had no option but to resort to the hand rail of the staircase. I think the Country Code says something about leaving no trace of your visit.
* If anybody wants a pdf link for the spreadsheet just email me at conrob@me.com. The headings on the spreadsheet are:
Number
Name
Date of visit
OS grid ref.
Height in meters
CLICK PHOTOS FOR SLIDESHOW ENLARGEMENT 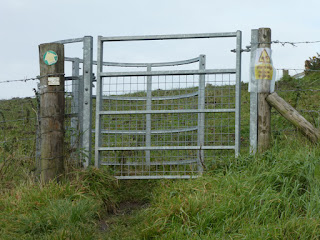 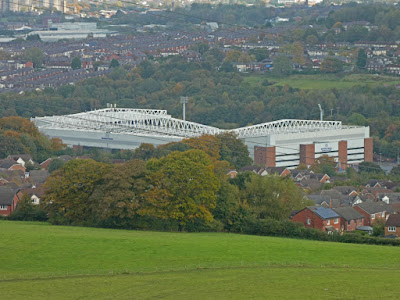 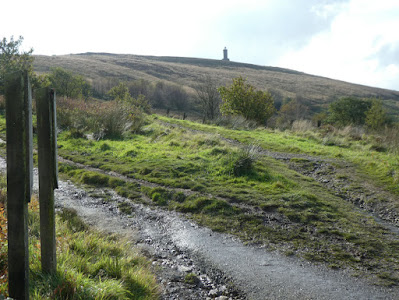 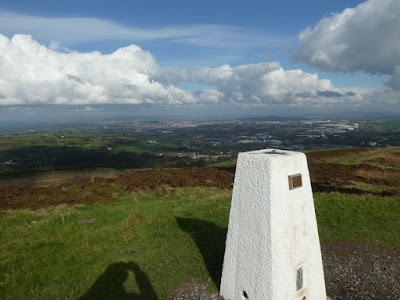 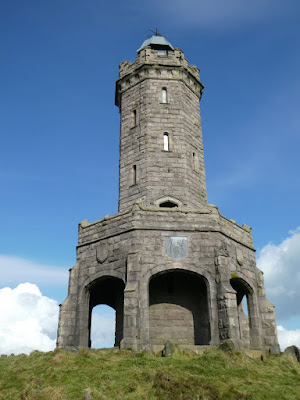