The concept of walking a specific OS grid line from coast to coast  arose after Bowland Climber and I had drawn a straight line on the map between our two houses which we walked using two cars on a day walk basis.

Circumstances and Covid put a halt to this project . Up until now we had managed to get so far using two cars travelling from our homes on a daily basis. We now needed four days to finish the walk and decided to have three nights in the Premier Inn north of Hull using that as a central base.

I arise at 5:00 am, breakfast and depart at 6:00 am after a minor panic when I miss my iPad but it is found where it should be in my overnight bag.

Sat nav was spot on with two and a half hours to Foggathorp, how do they do that? BC arrived within minutes and off we went to park a car at North Cliffe. BC had identified a car park at the village hall next to the church and we were soon back at Foggathorpe to start our day's walk.

We followed the ex Selby Driffield railway line path (1853, to closure September 1954). The line is now lushly vegetated and hardly noticeable as a monotonous trod as are some that I have walked. We had identified several remains of platforms but little other evidence of its erstwhile existence. Bird song was particularly noticeable including a star performance from a song thrush sat on a telegraph wire.

We met a few dog walkers and had pleasant  conversations. The sun shone almost uncomfortably, but I am not complaining about that; there was plenty of shade from the mature tress lining the route much of the way.

We skirted Holme-on-Spalding-Moor and climbed to the Church of All Saints; at 40 metres that may be the highest elevation during these four days. Here the entrance gate has the merry message above carved in wood: MORS JANUA VITAE:  "Death is the gate to everlasting life" which is hardly cheering whether you are a believer or not.

All churches are locked at the moment due to Covid. There is a huge graveyard here with a section for RAF personnel who died in action during WW 2 when there were many airfields in this area.

Further along the ridge are the remnants of an Observer  Corps post where watchers for enemy aircraft were deployed again in WW2. My father was deaf and so served in the Observer Corps at a post on Otley Chevin in Yorkshire which was manned on a residential shift basis. This one looked to have been much more rudimentary. Even more sinister is an accompanying underground bunker with a cast iron  padlocked lid. Here would have been personnel detailed to report on results of a nuclear attack in the event of that coming to pass during the Cold War in the 1950s.

We descended from the hill amidst crops of wheat on its way ripening. We saw much of wheat and barley crops looking in good heart throughout the four days. We had identified a non public right of way which would save us an unpleasant two and a half kilometres walking on a major road. Our track turned out to run through an extensive pig farm, and we were spoken to by a farm worker on a tractor who suggested we continue, "just keep your heads down" he said. Another four kilometres of  quiet country road was eased with endless good conversation, and we were soon back to our car at North Cliffe.

The Premier Inn was good value with welcoming and cheery staff and a pleasure to get back to each evening on this trip especially having a hot bath facility much to my liking. 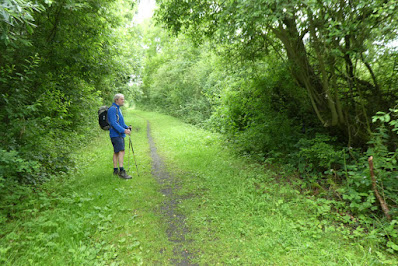 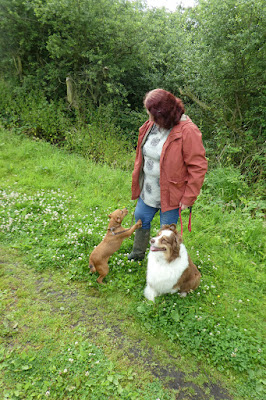 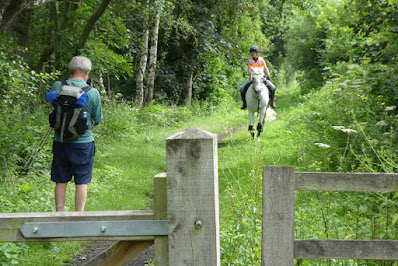 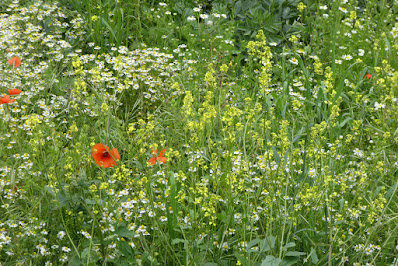 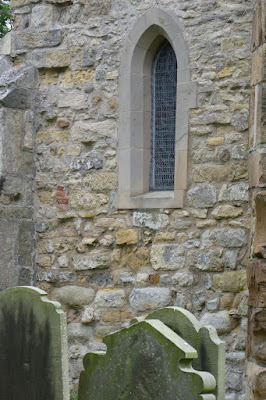 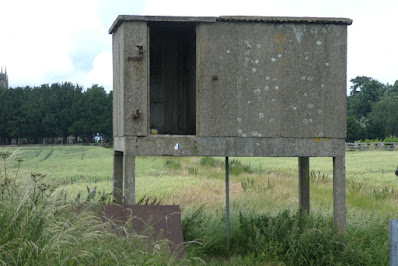 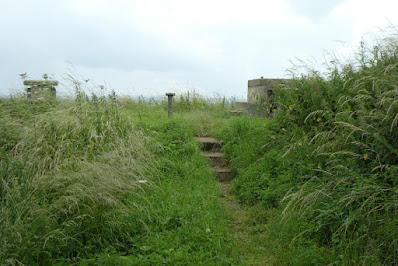 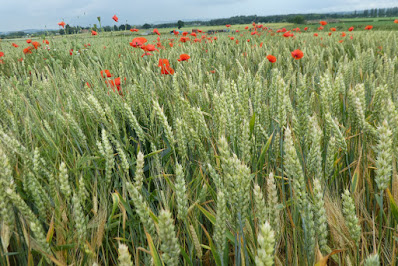 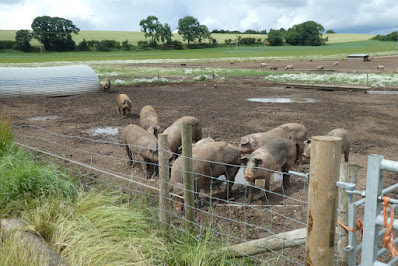 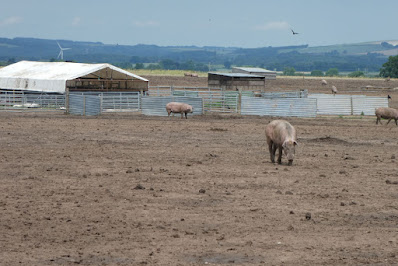 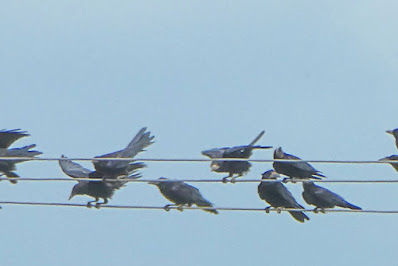