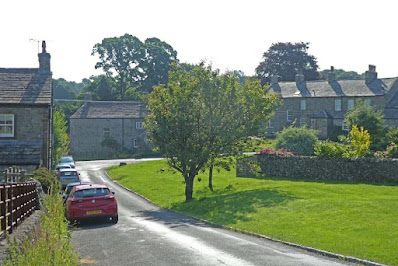 Airton derives its name from the River Aire which was the closest large river during my early childhood in West Yorkshire.  Memory recalls a semi-industrialised  scene as it wandered trough the Bradford area.

Today I walk steeply down the road to a stone bridge spanning my river running fresh from its source less than five miles upstream. The river Aire was mysterious in those teenage days when I spent much of my time  walking, climbing and caving in the Yorkshire Dales. The river stems from Malham Tarn where at its southern end Ordnance Survey have put a unique label telling us "Water sinks."  Having thus been left in suspense my immediate reaction  was "where the heck does it go to?"

Expectant speleologists in the early days were hopeful that it emerged at the foot of Malham Cove with the possibility of a meaningful caving system behind that massive cliff of overhanging limestone. Not so. Dyeing the water at the source proved the river emerged at Aire Head just south of Malham village. As far as I know there has been no substantial caving discovery behind Malham Cove.

With the present intense spell of heat and no rain the water was low. I had noticed "waterfall" marked on the OS map in Foss Gill which I hoped to visit on my way to the first trig. I branched off the track to cross the gill and find the waterfall, but the bed of the gill was totally dry. I scrambled very steeply up the far bank using tree roots as handholds to emerge at a barbed wire fence bordering access land leading to my trig. At some risk of laceration I strode over a lower section and toiled up close cropped sheep pasture steeply to my trig, the key being two gates in close proximity enabling the crossing of another barbed wire boundary. Views were rewarding.

I was able to return by a less arduous route and then pick up the Pennine Way  running south. alongside the River Aire. I have intermingled every now and then over the last couple of years with the Pennine Way which I walked in 1987 and have been pleasantly surprised to discover how unspoilt it seems to be and what a super long distance path it is.

More pleasant walking on good surfaces took me to my second trig and then a long bridleway from Bell Busk had me back to Airton.  I noticed cyclists and wondered if they were having problems with the now even more sticky road surface, rather them than me, I much prefer to be on foot.The heat all day was intense and I was flagging towards the end. I had taken a flask of coffee and two 500cl. bottles of water which were life savers. Back home I consumed huge amounts of liquid over the evening and even now, next morning, as I type this I still have some lingering thirst even after my normal multi cups of breakfast tea. 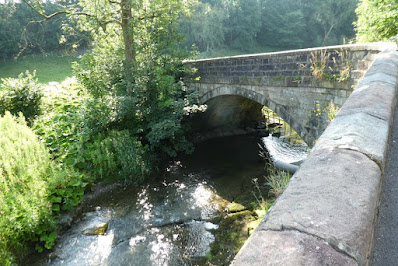 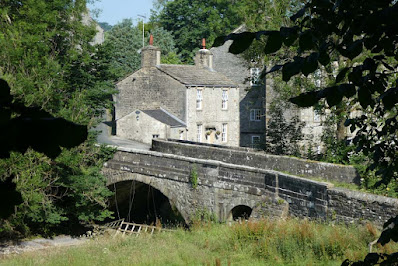 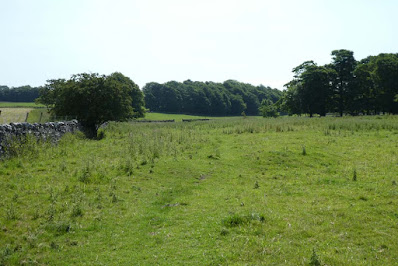 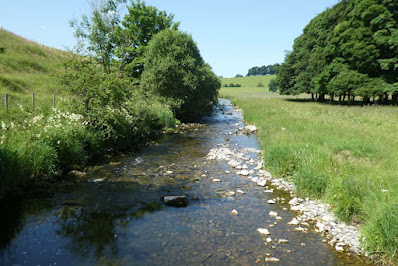 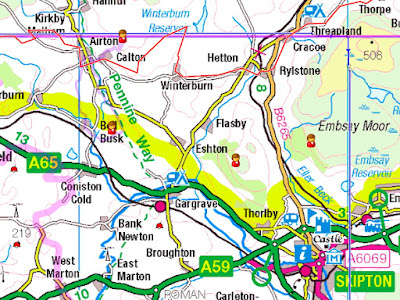