We drove to Old Ellerby and left a car in the large car park of the Bluebell Hotel. There was nobody about to ask permission, so back to Beverley Golf Club for our walking start.

It seemed a long way from the golf club into Beverley and apart from the highly impressive minster we missed much of the more attractive part of the town. It was perhaps the hottest time we had on the trip and I was decidedly uncomfortable, freely perspiring and generally hot and bothered, but not seriously enough to fail to appreciate the sheer wonder of the minster.

When plotting the whole of this route it was fortuitous that we could keep within about a kilometre of our grid line, I haven't really tested it but I reckon in many other cross country lines one would be thwarted by long diversions to cross rivers , railway lines and motorways. On this trip the biggest hurdle was the crossing of the River Hull east of Beverley. Here there is a weight limited modest bridge which solves the problem.

Juds before that bridge there was a welcome transport type café. No pots of tea but just a giant mug emblazoned with the Union Jack which probably held more than the average teapot. And the guy said we were welcome to have top-ups if wanted. We sat outside in the heat. Much refreshed and in a now contrasting buoyant mood (for me anyway) we set off across the bridge.

The reason for the modest size of bridge must be that once crossed you enter the Empty Quarter - there is nothing much in the land to the east until you reach the North Sea, and so we trogged on under the hot sun on the hot tarmac like Benedict Allen with his camels, I hasten to add we didn't have camels.

We were aiming for non-right-of-way footpaths marked on the map to avoid a long diversion from our line to the south. At Weel we talked with a guy pruning doing some communal gardening. It was apparent that, although given to walking the locale  he hadn't ventured down our intended route.

We pressed on and found the path running on embankments above the dikes which had been recently mown and we made rapid progress for over two kilometres on what seemed to be rarely visited terrain with the dikes lined with trees and vegetation making a potentially valuable wild life corridor. When we arrived at a proper road the way was barred by a padlocked iron gate but we were able to crawl under an eighteen inch space at the bottom. I think BC may have delighted in getting a photo of me squirming about on my back, we will see when he puts up his post.

More tarmac and again we were struggling for a lunch sit down. We found a large log opposite two semi-detached houses in the middle of the flat countryside, all on their own. We had more or less finished eating when one resident emerged and then the other on a sit-on mower doing the verges. The first guy offered us orange drinks and came back with large iced tumblers of orange. The other guy was passing on his machine and shouted out "I've lived here for twenty years and you've never offered me a drink."  Mick and Gayle take note.We ended up having a long chat with these typical Yorkshire bnter merchants with all that leg pulling they love which is ok in limited doses - quite a fun interlude.

Skirlaugh had s magnificent church out of all proportion to the size of the village with many elaborate carvings and fancy stonework.

We came across a well restored "Little Grey Fergy" tractor and then spoke to the repair garage man owner. He was the antithesis of the orange drink providers, tight lipped and taciturn, another Yorkshire type. I hail from Yorkshire so I'm allowed to say these things. We did learn that there was to be a tractor run on Sunday with forty of them from far and wide parading round the village.

More quiet country lanes had us back to the church at Old Ellerby and eventual return to Premier Inn for a welcome hot bath. 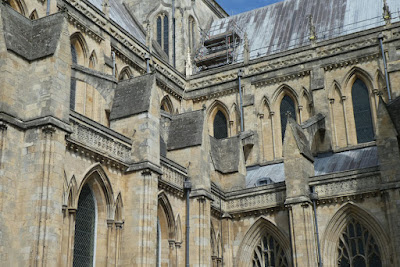 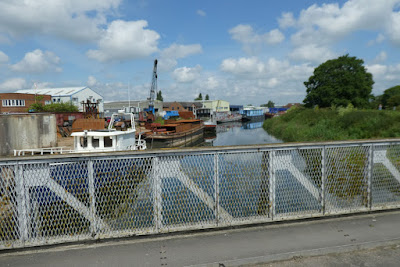 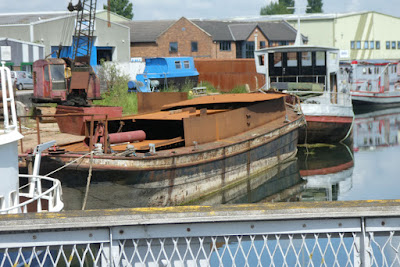 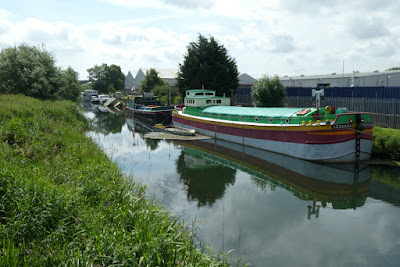 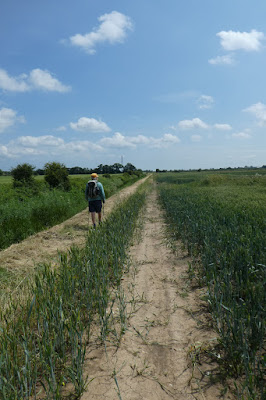 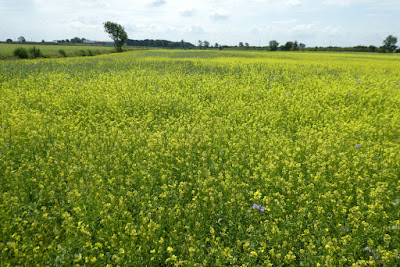 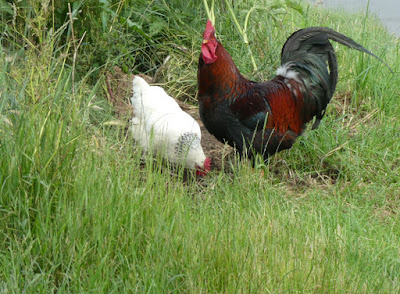 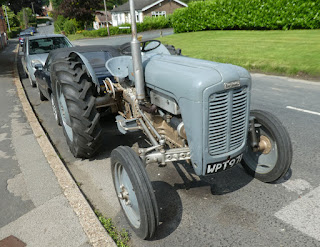