The Alveston House Hotel was very expensive and although not bad it did not justify the cost - I’m not sure if there was a bank holiday loading. It seems the restaurant is now run by a separate company although ostensibly part of the whole and it is not clear which of the two halves staff are working for. The restaurant is Italian. The only draught available was Guiness. I had a small portion of garlic bread and a reasonable spaghetti. carbonara and two small Peronnis. I tried to have a bath but the water was not really hot enough. This morning I asked if they could let me have a postage stamp but they said they didn’t have any. Maybe I am being a bit over critical but ‘twas all for the want of a postage stamp” - that could have been their chance to show willing - I’m damn sure they could have found one somewhere. A contrast from the place in France when I asked for a cigar and the waiter disappeared into the night to find one elsewhere and then wouldn’t let me pay. The quote is a reword of a climbing song that I think RR wrote: “It was all for the want of a nail.”

I have been walking in roads mainly. I’m fed up with parochial footpaths. I made much quicker time and arrived at mi Air B and B by 3:15. The lady is absent but has left full instructions re entry keys, breakfast stuff, WiFi and everything else she could have thought of, and she has communicated very promptly with me by messaging within the Air B and B system. The house is immaculate and I have everything I need and will be able to get off in good time rather than being dictated to by hotel breakfast times. I am going to upload some photos now.. Blogger does not put them in the correct order. I have included one pretty country lane for BC, also the bream that I saw caught a few days ago on the canal, and a funny tower construction passed on the way - your guess is as good as mine - I couldn’t see any other clues. 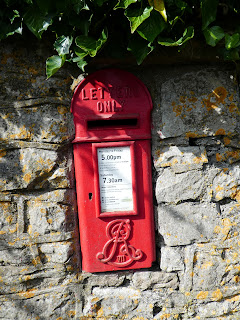 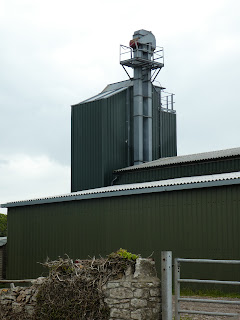 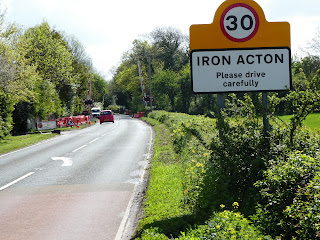 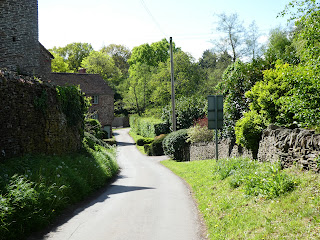 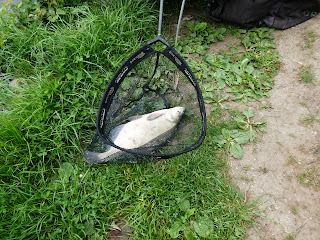