My hostess at the Air B and B was not there. I was given full instructions on how to enter and everything else I needed. I had a few queries and we were able to exchange messages efficiently through the Air system and she responded quickly each time. The house was immaculate and I was  happy and comfortable. I went to the local Italian for a meal - five minutes walk. Breakfast as cereal toast and tea was made available and in view of a fifteen miler I was walking by 6:45. There had been  a frost and I wore jacket and gloves for the first couple of hours despite the bright sunny morning.

Walking was largely through old established suburbia with the odd bridleway and local footpaths and also a fair amount of country lanes. Part of the Two Rivers Way was blocked off in Keynsham and I diverted through the shopping centre. Keynsham resonates from way back on Radio Luxembourg when one Horace Bachelor claimed to be able to have you win a fortune on the football pools and his address was given emphatically as Keynsham. I also then remembered the H.S. Samuel Everight watch - “strapped to the wheel of the Royal Scot...”

The Cameley Lodge Hotel I had booked in the Internet - it took me an hour. It is only one of a few buildings next to a church in the middle of nowhere. As I approached feeling a bit creaky and groany I wondered if ir’d made a mistake and it would turn out to be located in a different hamlet of that name - what would one do - a taxi? But that may not be easy. This did happen to me once when there were four villages with the same name in the same county.but that is another story.

The manageress took pity in me. - I suppose a 79 year old after eleven days walking rolling in after fifteen miles may look a bit odd - she immediately upgraded my twin room booking to the Bridal Suite double -   I am not kidding. This is by far the best room I have had on this trip and the most warm and friendly welcome. If you want a bit of peace and quiet you would be hard put to find anything better. I had only been in the room five minutes before I dropped a soggy tea bag onto the pristine starched white tablecloth - the room did not deserve this. I immediately soaked it and took it down to Reception with apologies but they were not concerned - they have their own laundry.

It’s been a good day. - not far off finishing now. 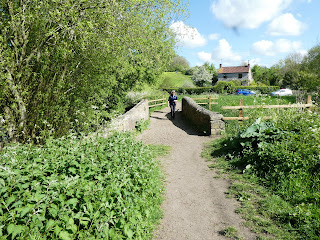 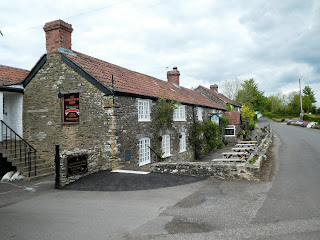 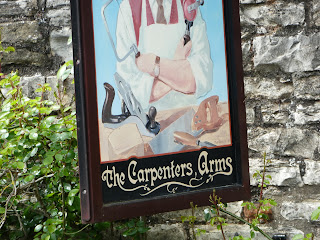 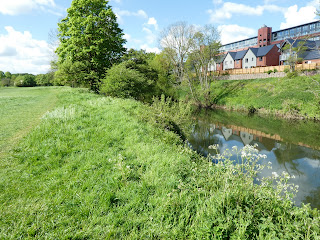